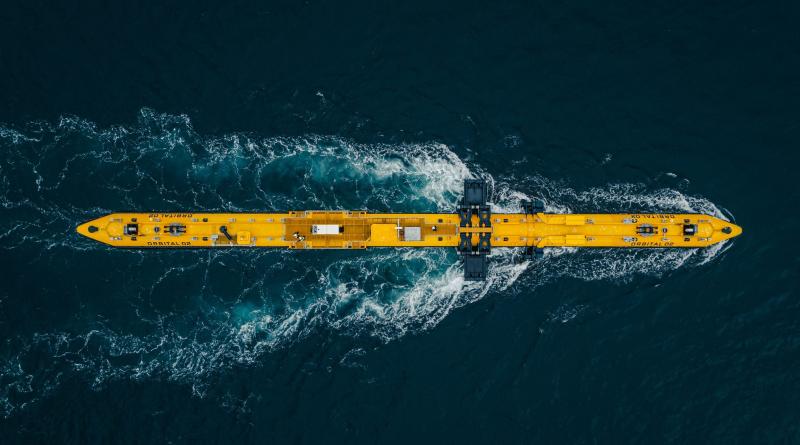 Ocean Energy Europe applauds the announcement of the first-ever tidal stream auction winners under the UK’s Contracts for Difference (CfD) scheme.  The winning projects – Orbital Marine Eday 1 & 2, Morlais Magallanes and Meygen Phase 2 – will together generate over 40 MW of electricity for British homes and businesses.

With its £20m (€23m) commitment for the sector, the UK joins Canada and France in providing revenue support to unlock the huge potential of the innovative ocean energy industry.
By awarding contracts to three projects, the government also ensures healthy competition and large-scale growth potential across several tidal technologies.
For the tidal industry’s progress to be sustained, it is vital that the UK government creates long-term visibility by continuing to include ringfenced allowances in future allocation rounds.

The EU must now accelerate the implementation of its Strategy on Offshore Renewable Energy to hold on to its place as a frontrunner in the developing global ocean energy market. Delivering on the Strategy’s actions, particularly funding and coordination with EU Member States, will give the European ocean energy sector the chance to deploy at scale and rapidly lower costs.
Two contracts were awarded to Orbital Marine Power’s 7.2 MW multi-turbine Eday project in Orkney, Scotland, which will deploy their innovative floating technology. In Wales, another floating tidal project, the 5.62 MW Morlais Magallanes, will be powered by Spanish tidal technology. Lastly, the Meygen project, which has been providing power to the grid since 2016, will now be able to expand its generating capacity by 28 MW with a second project phase.

Ocean Energy Europe CEO, Remi Gruet, commented: “Today’s announcement is the first step in turning a 20 GW resource into a large-scale power source. Tidal energy can now take its rightful place in the UK’s mainstream electricity supply. It is time for the EU to follow suit by actioning the commitments made in its offshore renewables strategy. Europe has long been the global leader in developing and deploying renewable energy – by dragging its heels on the Strategy, the EU now risks being left behind.”
Sue Barr, Chair of the UK Marine Energy Council, added: “Tidal stream is forecast to be cheaper than new nuclear at the point of 1GW of deployment, supports the UK creating sustainable jobs and supply chains in coastal communities and beyond, whilst boosting energy security through an entirely predictable baseload-style renewable energy resource.”

Ocean Energy Europe is the largest network of ocean energy professionals in the world. Over 120 organisations, including Europe’s leading utilities, industrialists and research institutes, trust OEE to represent the interests of Europe’s ocean energy sector.

Ocean Energy Europe’s mission is to create a strong environment for the development of ocean energy, improve access to funding, and enhance business opportunities for its members. To achieve this, OEE engages with the European Institutions (Commission, Parliament, Council, EIB, etc), and national ministries on policy issues affecting the sector.

The results are undeniable: in the past four years, the sector’s profile has increased significantly, and the EU has emerged as a major driver of the industry.