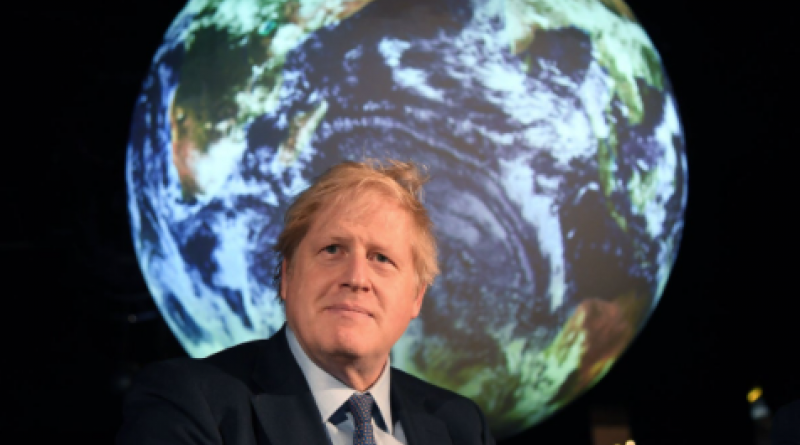 The UK has made “woeful” progress on tackling the climate crisis, the government’s own advisers have warned.

Ministers have made too little progress on tackling greenhouse gas emissions in key areas such as farming and have been “much too slow” to reverse damage to the country’s poorly protected peatlands, advisers said.

The government has also ignored repeated warnings to prepare for the “inevitable” impacts of the climate crisis, which include hotter and drier summers and worse floods and wildfires, according to a set of two annual progress reports from the UK’s climate advisers.

The country’s total emissions fell to nearly half their 1990 level last year, prompting suggestions that the country was around halfway to meeting its legal target of net zero emissions by 2050.

But the advisers warned that this dip was mostly due to restrictions put in place against the Covid-19 pandemic and that a rapid rebound in emissions is to be expected.

“The journey to net zero is very far from half done,” Chris Stark, chief executive of the UK’s independent Climate Change Committee (CCC), told a press briefing on Tuesday.

Lord Deben, the Conservative peer who chairs the CCC, praised the government’s recent climate commitments, including a pledge to slash the country’s emissions by 78 per cent on 1990 levels by 2035 – but warned not enough was being done to ensure promises are met.

“There’s no doubt at all that the follow on from agreeing to net zero by 2050 has been, in policy terms, really very good, and sets a major example. The trouble is – the action,” he told the press briefing.

“The delivery has just not been there. Almost all the things that should have happened have either been delayed or haven’t actually met the needs, they haven’t hit the mark.”

The government is currently not on track to meet its domestic climate targets for the late 2020s or the 2030s, according to the analysis.

It is also not taking sufficient action to meet its international target of slashing emissions by 68 per cent by 2030, which was made as part of its obligations under the Paris Agreement – a major climate deal reached by countries in 2015.

The lack of progress could jeopardise UK efforts to convince other countries to take tougher action on the climate crisis at Cop26, a major global summit to be held in Glasgow in November, the advisers warned.

“If we haven’t shown the way in which we are going to deliver [on the climate crisis], then we will not be able to make Cop a success – and the whole concept of Britain being a global leader will in fact be undermined,” said Lord Deben.

The country is still waiting for the government to set out a number of strategies for how it plans to slash emissions in different sectors of the economy, the advisers warned.

This includes the government’s transport decarbonisation plan, a guide for how it will tackle emissions in the country’s most polluting sector, and its heat and buildings strategy, plus a plan for transforming Britain’s draughty and leaky homes, which currently account for around a fifth of the country’s emissions.

The UK is also due to imminently set out its net zero by 2050 strategy.

Mr Stark said it seemed ministers were “playing a pretty high stakes game” by relying on the strategy to fill the gaps in what is needed to slash emissions.

Existing government commitments are not in line with what is needed to reach climate targets, the analysis added.

For example, the government has pledged to restore 32,700 hectares of peatland every year by 2025. However, the CCC says the area of land restored should be more than double that – around 67,000 hectares a year – if the country is to meet its climate goals.

“We’ve got some measures coming in on the sale of peat and banning horticultural use – but it’s much too slow, it needs to happen now. And we need to ban the rotational burning of peat,” said Baroness Brown of Cambridge, chair of the CCC’s adaptation committee.

“Pledges and targets will not avert catastrophic climate change – ambitious action will, but it’s been perilously absent, and time is rapidly running out,” she said. “Now more than ever, we need urgent action rather than warm words.”

Mike Childs, head of science, policy and research at Friends of the Earth, said the government must urgently set out a blueprint for tackling emissions to avoid being a “laughing stock” at Cop26.

“Without a detailed strategy for combating the climate crisis, government promises to decarbonise the economy are simply more hot air,” he said.

A government spokesperson said that “any suggestion we have been slow to deliver climate action is widely off the mark”.

“Over the past three decades, we have driven down emissions by 44 per cent – the fastest reduction of any G7 country – and set some of the most ambitious targets in the world for the future, whilst driving forward net zero globally through our Cop26 presidency.”