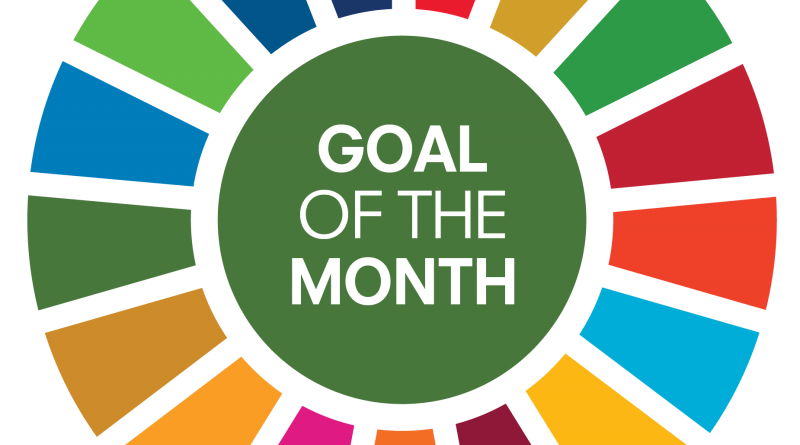 In August, the Department of Global Communication's Goal of the Month editorial initiative will highlight Sustainable Development Goal 13 -  Climate Action. Our full editorial content will be distributed on Thursday, 1 August 2019, ahead of the UN Climate Action Summit on 23 September 2019.

Below is a preview of what to expect.

Wishing you a productive August.

The concentration of carbon dioxide in our atmosphere is the highest it has been in 3 million years. The last four years were the hottest years on record and in many parts of the world, we are already seeing the consequences of global warming with more extreme weather, diminishing Arctic sea ice and rising sea levels.

If we continue along our current path, scientists say that the consequences could be devastating. A 2°C increase could mean more heat waves, a ten-fold increase in Arctic ice-free summers and a complete wipe-out of the world's coral reefs, home to millions of species.

In August, we look at Sustainable Development Goal 13 - Climate Action - and the urgent need for unprecedented transitions in all aspects of society to achieve net zero emissions by 2050 and minimize future global warming. The Intergovernmental Panel on Climate Change, the world's leading authority on the assessment of the crisis, says that it is still possible to limit warming to 1.5ºC and make significant progress in achieving the Sustainable Development Goals.

Everyone has a role to play, however big or small, for our one and only planet and its ability to sustain life.

On 23 September, UN Secretary-General António Guterres will convene the Climate Action Summit at the United Nations in New York to mobilize political ambition and accelerate the achievement of the goals of the 2015 Paris Agreement - the world’s commitment to strengthen global response to climate change.

He has asked leaders from all sectors of society not to come with just speeches but with plans to transform energy, mobility, industry and agriculture to face the challenge of our lifetime.

In the August edition, we speak to Luis Alfonso de Alba, the Secretary-General's Special Envoy for the 2019 Climate Action Summit, on what to expect and if the United Nations is confident that world leaders will live up to their commitments.

Launch of Major Reports on the Impact of Climate Change

Cities are responsible for 75 percent of global CO2 emissions - transport and buildings are among the largest contributors. How can we make sure that cities become more inclusive, with a smaller environmental footprint? These questions will be tackled at the UN Civil Society Conference, to take place in Salt Lake City, Utah, in August.

Climate Justice: From one generation to another

Can young coders help solve the climate crisis? The Office of the UN Secretary-General's Envoy on Youth launched a global competition in July, called “Reboot The Earth”, with support from the UN Office of Information and Communications Technology, Deloitte and SAP, to try and answer that question, fostering collaboration between the United Nations, academia, civil society, and young people to address the climate emergency.

On the Frontlines of Climate Change

Indigenous communities are key sources of knowledge and understanding on climate change impacts, responses and adaptation. Their traditional knowledge allows them to forecast weather patterns, improve agricultural practices and sustainably manage natural resources. But many of them have been fighting a complicated climate battle – putting their lives and access to ancestral lands at risk.

Ahead of the International Day of the World's Indigenous Peoples (9 August), we talk to advocates from indigenous communities about surviving the fragile ecosystem and charting the way forward with traditional knowledge.

Chef Grace Ramirez recently added her voice to the United Nations ActNow for Climate campaign but she is an old hand at living and working sustainably in the food industry – one of the largest emitters of greenhouse gases largely due to food production and waste.

Look out for some of her green life hacks in the August edition.

Nearly 30 major global companies with a combined market capitalization of $1.3 trillion have made new commitments to set ambitious emissions targets. The commitments — including a projection for net-zero emissions by no later than 2050 — came in response to a call-to-action campaign launched by the UN Global Compact. With this new commitment, the companies, spanning 17 industry sectors and representing more than a million employees, are also encouraging governments to match their ambition.

We would love to hear from you. Are we reaching the right contactsin your organization? Has the content been useful?

Please contact Devi Palanivelu (palanivelu@un.org) or Martin Samaan (samaanm@un.org) if you have any questions or comments.

All monthly editorial packages will focus on a specific SDG that relates to the UN System’s priority that month. Check out our calendar for more information on what is expected for the rest of 2019.