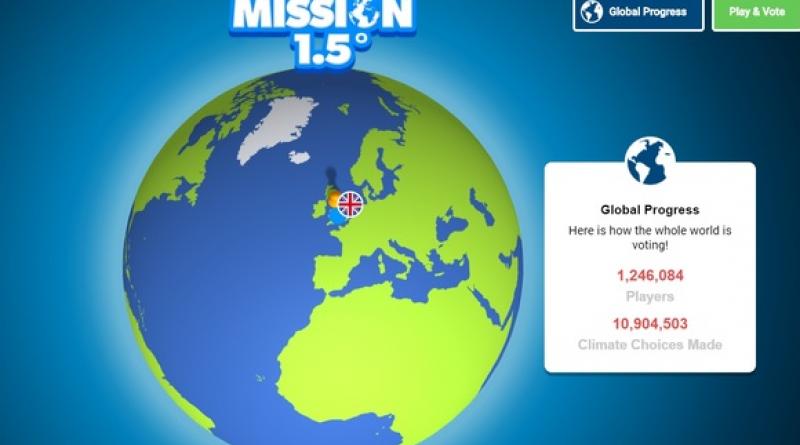 Mission 1.5 campaign designed to give 20 million people their say on the best means for governments to tackle climate change

A video game designed to capture the views of 20 million people on how to combat the climate crisis has been launched by the UN Development Programme (UNDP), in a move it said was aimed at addressing a growing "disconnect" between citizens and government over the issue.

Dubbed Mission 1.5, the internet and mobile phone-based game was developed alongside experts in game development, climate science, and public polling. The game sees players take on the role of policymaker to try and decide how to keep global warming within the Paris Agreement goal of 1.5C this century, it said.

After the game has ended, players are asked to vote on key climate actions they want to see adopted, with data captured from players then analysed and delivered to governments, which UNDP said often lack reliable public polling information on climate change.

By harnessing the game to capture people's opinions on the climate crisis, the aim is to reach as many as 20 million people globally to, in effect, carry out the world's biggest international public survey on climate change, UNDP announced on Friday.

"People often feel disconnected from the leaders that must make urgent decisions on the climate crisis," explained Cassie Flynn, UNDP's climate change advisor. "Mission 1.5 is a way to help people understand climate solutions and make their voices heard. In many ways, it is the People's Climate Vote."

If successful, the survey's size would dwarf that of the previous biggest international survey of public opinion on climate change  which canvassed 10,000 people across 76 countries, and was carried out ahead of the 2015 Paris climate talks.

Former President of Ireland Mary Robinson - chair of 'The Elders' group of international leaders, and Former UN High Commissioner for Human Rights - said the initiative would help show governments "there is popular support for action as we move towards the crucial climate talks in Glasgow".

"The climate crisis will not impact all people equally, so it's vital that we include communities in the national debates on action to address it," she said.

Video games industry levels up in fight against climate change.

Bino And Fino: The Hit Cartoon That Makes You Love Renewables And African Culture.

Ecosia: Could a search engine that plants trees really help save the Amazon?