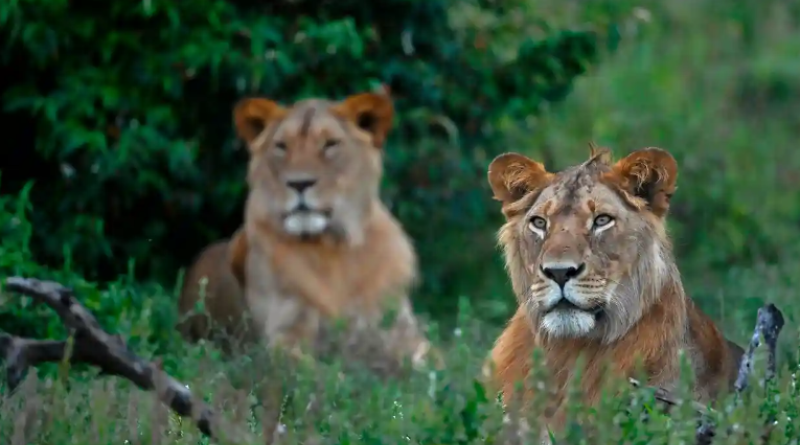 The US hunting lobby has spent £1m putting pressure on the government to delay the trophy import ban, a new report by MPs has found.

Boris Johnson promised to ban the imports of these trophies three years ago, but the legislation has still not gone through parliament. Because of the delay, the Conservative MP and animal welfare campaigner Henry Smith has put forward his own private member’s bill to ban imports of hunting trophies.

A new report from the all-party parliamentary group (APPG) on banning trophy hunting has detailed the lobbying efforts of international hunting groups.

The report found that the US-based hunting lobby group Safari Club International (SCI) spent £1m on a campaign to change the minds of MPs and the British public about a ban on imports of endangered species’ body parts.

SCI is the world’s biggest trophy hunting group. It awards prizes to its members for killing large numbers of endangered animals. Founded in the 1970s, it is one of the biggest corporate donors to politicians’ campaigns in the US, and calls itself “the leading defender of the freedom to hunt”.

The APPG report found the SCI funded a Facebook page called Let Africa Live, which posted claims such as: “The UK is about to destroy local economies in Africa.” Although the page insinuated it was created by local groups in African countries, an investigation found it was funded by SCI from a pot of money called the Hunter Legacy 100 Fund. The campaign eventually had its page shut down by Facebook, whose head of security said: “The people behind this network attempted to conceal their identities and coordination.”

The Conservative MP Sir Roger Gale, chair of the APPG, said fierce lobbying had alerted the government that this could be a “contentious” issue.

He added: “The government, if something is contentious, always pleads for more time, but we need to get on with it. The US gun lobby has been lobbying like mad … Safari Club International has put a considerable amount of pressure on the government.

“I have my own calls with the prime minister. I think he is broadly committed to putting this legislation through, but it needs to be done without worrying about this lobbying.”

Earlier this year there was a fierce row in the Conservative party, with ministers saying Johnson was close to scrapping the ban after campaigning from the shooting and hunting lobby. At the time, the British Association of Shooting and Conservation welcomed the news, saying a ban would damage conservation. Supporters of trophy hunting say that funds raised by the practice are needed to fund conservation efforts and support local economies.

The APPG report says that lion, elephant and rhino numbers have increased in Kenya, where trophy hunting is banned, while lion numbers also recovered strongly in Zambia and Zimbabwe after temporary trophy hunting bans.

The primate expert Jane Goodall told the APPG: “Trophy hunters kill for pleasure. They destroy animals for bragging rights, to demonstrate their supposed fearlessness and courage. The hunting lobby will work hard to preserve the status quo. If we want to maintain our reputation as an animal-loving nation, all hunting trophies should be banned. Time is of the essence. Many of the species killed by trophy hunters are close to extinction.”

A Defra spokesperson said: “We are committed to banning the import of hunting trophies from thousands of endangered and threatened species. This ban will be among the strongest in the world, leading the way in protecting endangered animals. And we welcome the private member’s bill, led by Henry Smith MP.”

An SCI spokesperson said the deleted Facebook page was made by a contractor, not by club management. They said: “The truth is that in a misguided effort, and unbeknownst to SCI, a sub-contracted vendor took unauthorised action by using falsified social media accounts. While it is regrettable that they betrayed the trust of the hunting community by unnecessarily resorting to questionable tactics, the information the vendor conveyed regarding hunting and conservation is verifiably true and is made no less relevant by unsound methods of distribution.”

Cyprus urged to ban hunting at coast to protect flamingoes from shotgun pellets.

‘It’s like hunting aliens’: inside the town besieged by armadillos.