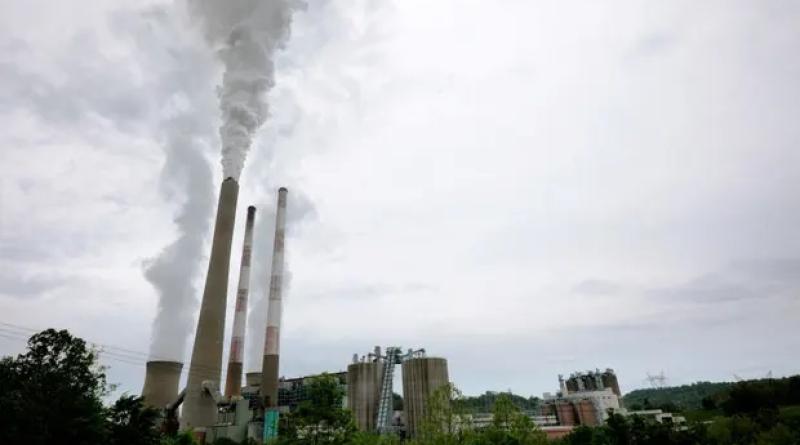 Roberts suggests states could claim harm from laws not yet enacted

Several conservative justices on the US supreme court signaled on Monday that they may be willing to restrict the federal government’s ability to address the climate crisis.

In a case that could have profound implications for those affected by the crisis, the supreme court considered an argument brought by West Virginia, a major coal mining state, that the US Environmental Protection Agency be limited in how it regulates planet-heating gases from the energy sector.

The Biden administration wants the court to throw out the case as baseless because it doesn’t relate to any existing regulation.

But John Roberts, the chief justice, said West Virginia and other states could still claim some “harm” from rules not yet enacted.

Brett Kavanaugh, another conservative, noted that the court had previously expressed “skepticism” about the government’s ability to regulate a “significant portion of the American economy”.

Amy Coney Barrett, like Kavanaugh nominated by Donald Trump, indicated, however, that the EPA had the expertise to regulate in this area.

The case has deeply worried environmental groups, stoking fear it could hobble any effort to set strict limits on carbon pollution from coal-fired plants.

“It was grotesque to hear big coal’s lawyers argue for tying EPA’s hands on cutting climate-heating pollution, even as the world’s scientists warn of a bigger, worsening swath of human suffering,” said Jason Rylander, an attorney at the Center for Biological Diversity, referring to a report released on Monday by the Intergovernmental Panel on Climate Change.

“We’re out of time and the president must act boldly now,” Rylander said.

The Biden administration is already dealing with congressional refusal to enact the climate change proposals in its Build Better Back domestic spending plan. Now the justices are taking up an appeal from 19 mostly Republican-led states and coal companies over whether the EPA has the authority to limit carbon dioxide emissions.

Biden has pledged to cut greenhouse gas emissions in half by the end of the decade.

A broad ruling could also weaken regulatory efforts that extend well beyond the environment, including consumer protections, workplace safety and public health.

Several conservatives on the court have criticized what they see as the unchecked power of federal agencies, concerns evident in orders throwing out two Biden policies aimed at reducing the spread of Covid-19.

Last summer, the 6-3 conservative majority ended a pause on evictions over unpaid rent. In January, the same six justices blocked a requirement that workers at large employers be vaccinated or test regularly and wear a mask on the job.

The West Virginia attorney general, Patrick Morrisey, has cast the power plant case as about who should make the rules.

“Should it be unelected bureaucrats or should it be the people’s representatives in Congress?“ Morrisey said.

David Doniger, a climate change expert with the Natural Resources Defense Council, said the court’s consideration of the issue was premature. He said Biden’s opponents were advancing “horror stories about extreme regulations the EPA may issue in the future. The EPA is writing a new rule on a clean slate.”

The case has a long and complicated history that begins with the Obama administration’s Clean Power Plan. That would have required states to reduce emissions from the generation of electricity, mainly by shifting away from coal. But it never took effect. In a 2016 lawsuit filed by West Virginia and others, the supreme court blocked it by a 5-4 vote, with conservatives in the majority.

After Trump took office, the EPA repealed the plan. The agency argued its authority to reduce carbon emissions was limited and it devised a new plan that sharply reduced the federal government’s role.

New York, 21 other mainly Democratic states, the District of Columbia and some of the largest US cities sued. The federal appeals court in Washington ruled against both the repeal and the new plan, leaving nothing in effect while the new administration drafted a new policy.

Adding to the unusual nature of the supreme court’s involvement, the reductions sought in the Obama plan by 2030 have been achieved through the market-driven closure of hundreds of coal plants.

The Biden administration has no intention of reviving the Clean Power Plan, one reason the solicitor general, Elizabeth Prelogar, the administration’s top supreme court lawyer, argues the court should dismiss the case.

Some of the nation’s largest electric utilities, serving 40 million people, are supporting the Biden administration, as are prominent businesses including Apple, Amazon, Google, Microsoft and Tesla. A decision is expected by late June.