Warmth from the earth and air: could heat pumps replace our gas boilers? 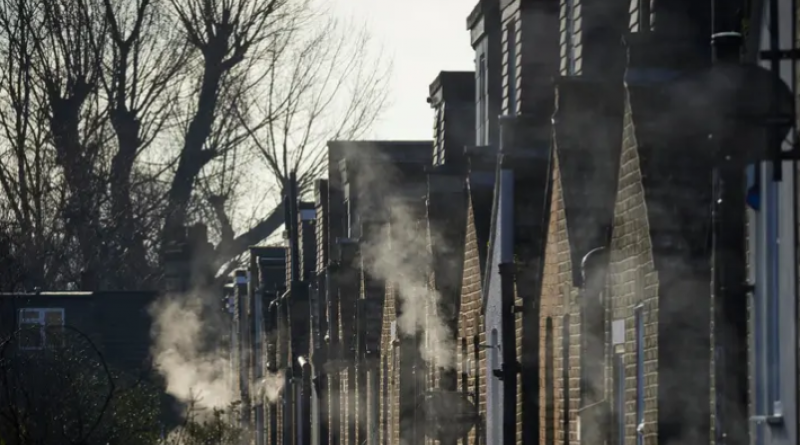 The fuels we use to warm our homes create a carbon burden. Systems that capture ambient heat could offer a solution

One of the greatest contributors to pollution is such a part of everyday life it is easily overlooked: the fossil fuels used in our homes for heating, hot water and cooking make up more than a fifth of the UK’s carbon emissions.

This is why the government plans to ban gas boilers in new-build homes from 2025, a policy which could extend to all new gas boilers in homes from the mid-2030s. Beyond this date, newly installed heating systems would need to be low-carbon or able to be converted to use clean-burning fuel such as hydrogen.

While government trials on hydrogen continue, electric heat pumps have emerged as the standout option for individual households.

A heat pump, in simple terms, acts like a reverse fridge by extracting energy or warmth from the outside air, the ground or nearby water, and concentrating the heat before transferring it inside.

The government is expected to set out its plans to help decarbonise homes in a long-awaited policy paper this autumn, including a replacement for the current Renewable Heat Incentive (RHI), which closes in March next year.

The RHI pays out £6,000 in quarterly instalments over a seven-year period to help defray the costs of heat pumps. Ministers are reported to be considering replacing it with a £400m boiler scrappage scheme, which would offer £7,000 grants.

Heat pumps are already popular, but the cost is many times the price of a gas boiler, starting at £6,000 for an air source pump; for a ground source pump the price could climb from £10,000. And many homes need extensive insulation work before they can be installed.

“It requires a mindset change,” says Richard Lowes, a heating expert at the Regulatory Assistance Project. Rather than relying on a powerful burst of fossil fuels to quickly heat a cold house, it is more important for heat pumps to run continuously – albeit at a very low level – to gently top up the heating to an even temperature, he says. “Your fridge doesn’t blast cold air constantly,” he says. “But it keeps your food cool by adjusting to very slight increases in temperatures, and only when necessary.”

At least 36,000 heat pumps were installed in homes and businesses across the UK last year, according to the Heat Pump Association, and installations are expected to almost double this year, to between 60,000 and 70,000. They will need to rise tenfold within the next seven years to meet the goal set by Boris Johnson last November to install 600,000 a year by 2028.

The shift away from gas heating poses fresh challenges, and opportunities, for the UK’s energy suppliers. Currently the heat pump market is dominated by a handful of manufacturers – including Mitsubishi, Daikin, Samsung, LG, Vaillant and Calorex – and about 1,000 installers. Ovo Energy and Octopus Energy are undertaking customer trials before what could prove to be a new dawn for innovative home heating tariffs in the future.

But for heat pumps to go mainstream, the government will need to tackle the three main stumbling blocks to take-up: the steep upfront cost; generally low levels of home insulation; and the negative word-of-mouth created by faulty installations.

“Heat pumps are rarely faulty,” says Lowes. “So when you hear horror stories, it’s usually due to bad advice or poor installation.”

All home heating schemes work best in homes which are well-insulated, Lowes says, but this is particularly the case for heat pumps, which provide a steady, gentle source of heat to maintain an even temperature rather than the blast of fossil fuels that draughty buildings require to warm up.

“It’s a myth that heat pumps can’t work in old or terraced houses – they just might require a little more work. Even if you can’t manage to do internal wall insulation, a heat pump can still work – you just might have to get a bigger one,” he says.

Following the collapse of the government’s Green Homes Grant scheme, the cost of undertaking a home insulation overhaul would put many homes out of the running for a low-carbon heating system.

Perhaps the biggest challenge facing the home heating revolution is the army of trained installers needed to carry it out, says Mark McManus, the managing director of heat pump maker Stiebel Eltron UK.

“If there’s any problem in the industry, it’s probably the skills gap,” he says. “There are a small number of well-trained installers in the UK. But once this skills gap closes there is likely to be better service and greater competition, which could cause costs to fall further.”

In order to bridge the gap, the Heat Pump Association has set up a new programme which could theoretically train up to 40,000 installers a year.

The steps to overhaul the training route to becoming an installer were welcomed by business secretary Kwasi Kwarteng as “critical” in turning up the heat on the government’s low-carbon ambitions, and creating more jobs within the green economy.

“There is a transition, and that’s something we’re focused on, and we want to try and help people make that transition,” he said.

Heat pumps: have a cosy home without warming the planet.