What we know about the victims of the US and Canada heatwave. 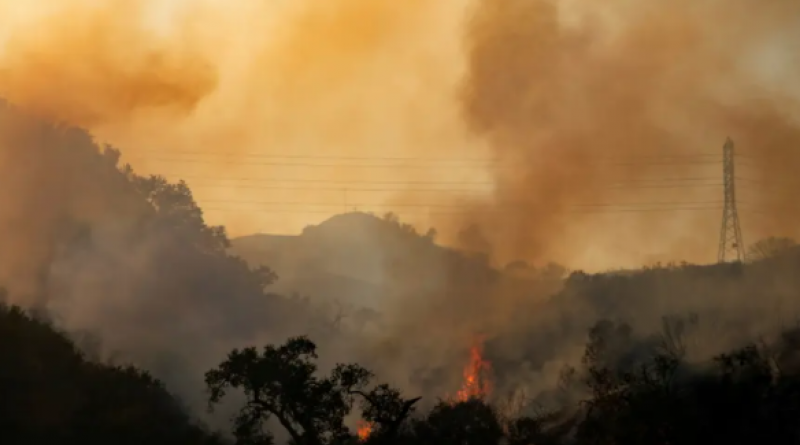 More deaths expected as details of victims continue to emerge.

The death toll from a historic heatwave in the US northwest and Canada is expected to increase as temperatures reach 121F degrees, wildfires engulf villages, and people drown attempting to cool down.

Hundreds of deaths have so far been linked to the heatwave. Canada’s British Colombia reported 486 “sudden and unexpected deaths” over five days, a 195 per cent increase, while at least 63 deaths were reported in Oregon. Washington state said more than 20 deaths were caused by heat.

Several bodies were recovered in lakes, rivers and beaches across the Pacific Northwest. Families search for loved ones separated in the chaos of wildfires as entire villages, like Lytton in British Colombia, are being evacuated.

As the emergency response continues, extremely little is has been revealed about the victims and their exact causes of death.

This is what is currently known.

Thomas Paul Stavrum, 51, of Lafeyette, and Nasiruddin Shaik, 37, of Salem, were found on Wednesday, 30 June after being reported missing on the weekend, according to KOIN.

The pair were believed to have been together when they went missing on Saturday, 26 June.

Mother searches for son after evacuation

Lytton resident Cheryl James evacuated the small town in British Colombia with her daughter and son-in-law. She told CBC that her son, Edward, stayed behind to help fight the fire.

"He told me to leave, and I told him he better not stay too late," Ms James told CBC in an interview from the evacuation centre. "I hope he’ll come here."

Jose Pascual, 21, who disappeared swimming in Sandy River on Sunday, 27 June is presumed dead, according to KOIN.

Search efforts turned to recovery efforts as rescue crews and dive teams combed the area around Dabney State Park where Mr Pascual disappeared in the glacial runoff from Mount Hood.

A 65-year-old Seattle woman and a 68-year-old Enumclaw woman died from heat exposure, or hyperthermia, according to the King County Medical Examiner’s office.

As temperatures reached 111F degrees in Bend, Oregon, two men at a homeless camp died on 27 June, according to The Bulletin.

Four-year-old boy falls out of kayak

Rescuers recovered the body of a 4-year-old boy from Skykomish River, in King County on Monday, according to The Seattle Times. He had reportedly fallen out of a kayak on the river.

A Port Orchard man is believed to have drowned on Horseshoe Lake, on Key Peninsula, Monday afternoon. South Kitsap Fire and Rescue said onlookers pulled him from the water and performed CPR, but he did not survive.

Officials said a 48-year-old Salem woman who didn’t know how to swim was pulled underwater when the weather turned and calm water suddenly became rough at a beach near Lincoln City.

She was reportedly pulled beneath the surface by a rip current on Monday near the north end of the beach, according to KOIN. She was found facedown and died at the hospital.

A 77-year-old Rogue River man drowned on Saturday near Crescent Lake, according to Klamath County Sheriff. Witness said he had been in the water for about an hour before he was found by divers in the area, KTVZ reported.

A farm worker collapsed and died in St. Paul, Oregon. His nephew identified him as Sebastian Francisco Perez, originally from Ixcan, Guatemala, who had just celebrated his 38th birthday, AP reported.

The director of farmers’ union PCUN said the death was “shameful”. Concerns have been raised by various unions about the conditions workers have been forced to endure in the extreme heat.

The Associated Press contributed to this report