Why is Biden boasting about drilling for oil? Our planet demands we stop now 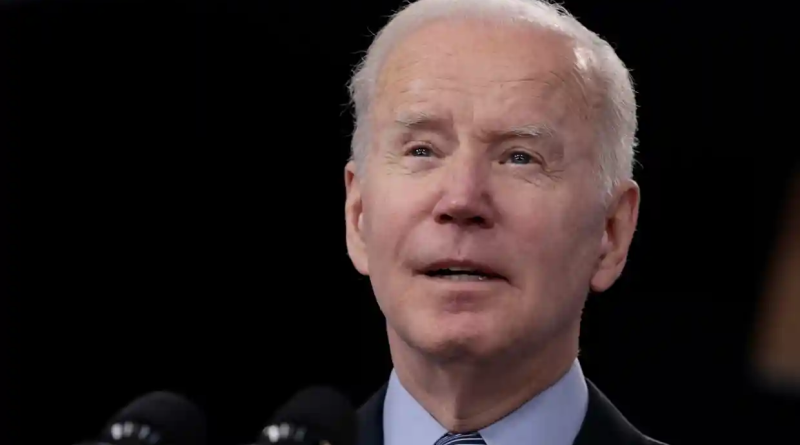 Tragically, the Biden administration is choosing to expand the fossil fuel industry at this critical moment.

We are spiraling further into climate and ecological breakdown. Now is the perfect moment to build out renewables and end the fossil fuel industry as if the future of humanity depends on it.

Putin’s unprovoked and atrocious invasion of Ukraine has laid bare many things. One of these is our society’s precarious dependence on fossil fuels. Another is a burgeoning climate-driven food crisis. It’s time to phase out fossil fuels and industrial beef production with wartime resolve.

Any reasonable person can look at today’s climate impacts – the droughts, famines, floods, fires, storms, ecosystem losses, and deadly heat – see that they are caused primarily by burning fossil fuels, read the IPCC summary reports that project how much worse they will get and how irreversible the damage will be, and conclude that we must end the fossil fuel production as quickly as we can. Any one of the catastrophes I’ve listed should be reason enough to do so. Taken together, they indicate nothing less than the eventual end of civilization as we know it.

On top of this, Putin’s brutal war is funded primarily by the flow of gas and oil out of his country. Partly because the human brain finds war more “immediate” than climate breakdown, this has suddenly increased public awareness of the dangers of our fossil fuel addiction.

Tragically, the Biden administration is choosing to expand the fossil fuel industry at this critical moment. White House spokesperson Jen Psaki recently bragged that “US production of natural gas and oil is rising and approaching record levels” and that “trendlines also point up,” as if these are good things. The administration has approved new drilling permits at rates far exceeding even Trump. Fossil fuel executives and investors are planning to increase production indefinitely, at least through 2035, demonstrating their belief that the politicians they’ve bought will continue to ignore the public’s desire for climate action.

This takes us in the opposite direction we need to head. Personally, as a climate scientist and a dad, I feel increasingly desperate. Butterflies-in-my-stomach desperate. It is psychologically brutal to see this climate train wreck worsen while world leaders not only fail to stop it, but hasten it. It is brutal to live with the knowledge that we are in the process of losing our livable Earth. The gap between what the science is saying and how world leaders and the public are responding is so vast that I often have to pinch myself by going back to the scientific findings. Yes, this is all really happening; no, I’m actually not being alarmist.

Global food systems present an interconnected dimension of concern. Russia and Ukraine together produce 30% of the world’s wheat; 50 countries, including many in the global south, depend critically on Russia and Ukraine for grain. Putin’s war leaves them especially vulnerable. We are entering a new epoch of energy and food price volatility and increases, which will hurt the global poor and working class most of all; shifting away from meat, especially beef, would act as a shock absorber. Beef requires 20 times the land area and creates 20 times the climate impact of plant-based protein. There is no place for industrial beef on a planet in a deepening food and climate crisis.

A visionary leader would seize this moment to reduce consumption while protecting low-income households and preventing the rich from profiting off this global crisis. Doing so needs to start in the bully pulpit. A visionary leader would highlight climate peril and commonsense solutions at every opportunity, in state of the union addresses and press conferences, in special addresses and public education campaigns. A visionary leader would use executive actions and focused congressional bills to take commonsense actions to transition rapidly away from fossil fuels and beef, while providing credits, tax relief, and other support to the working class.

The prospect of far higher gas and food prices in the future clarifies the critical relationship between wealth equity and climate action: for any hope of climate action, public support is crucial. In the short term, we need a Green New Deal buildout, which will create jobs, economic growth, and goodwill for the transition. In the medium term, we will need to switch our driving economic goal away from maximizing GDP and toward maximizing human flourishing in balance with the rest of the living Earth.