Why schools are failing children on climate change 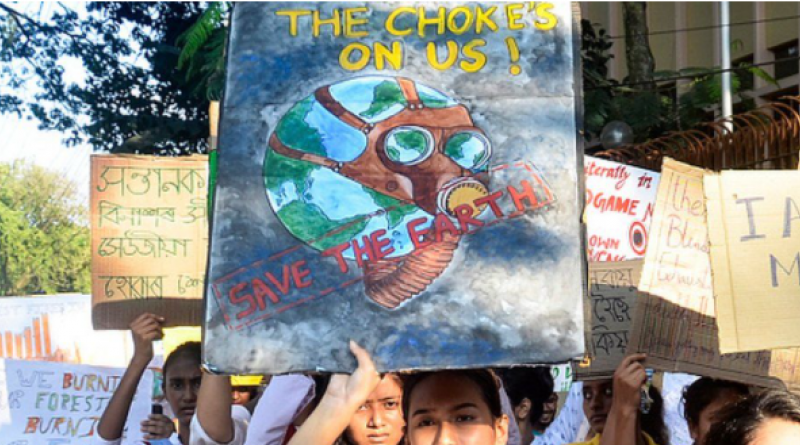 Every year, Shamayel Zaidi, a school teacher in India, gives his new senior school students the same assignment: a presentation on one of three topics - consumer awareness, social issues or environmental sustainability.

Hardly anyone picks environment, he said. Not even in recent years since the perils of climate change have become more real everywhere - temperatures are higher than ever, glaciers are melting faster, violent cyclones and wildfires have become common, and children are at higher risk because of all of this.

But in this residential school in the northern city of Varanasi, Mr Zaidi said, students are not interested because there has been no "real effort" to inform them of the severity of the climate crisis.

"Unless it's your town that's being hit by a flood or some other catastrophe, people are not aware of how bad things are," he said.

Inequality also plays a role, he added. "Some of my students want to talk about climate change. But a lot of them come from families where such subjects are never discussed at home."

When 15-year-old Greta Thunberg started a school strike in Sweden in 2018 to draw attention to the climate crisis, she kicked off a youth-led movement that quickly gathered steam. For the the first time, children and teens - pouring out on to the streets in every continent - demanded climate action.

Ever since, children have been taking centre stage in the fight against a rapidly warming world. And as they do, many are pushing for schools to add climate change to their curriculum.

"Including climate topics in school curriculum is critical for training the next generation of innovative thinkers that can become champions of climate action at local and international stages," said Dr Ayyoob Sharifi, an associate professor at the Hiroshima University and one of the lead authors of the UN's Intergovernmental Panel on Climate Change (IPCC) report.

New Zealand and Italy have already introduced climate change studies into the secondary school curriculum and Britain said at November's COP26 summit that a climate change teaching strategy was on the anvil. Indian Prime Minister Narendra Modi recently said there is a need to include "climate change adaptation policies" in the school syllabus.

India currently has no curriculum on climate change, but some aspects such as sustainability are taught under environmental studies, which is compulsory in schools and colleges.

Dr Sharifi says teaching about climate change is of "utmost importance" for India as it is "expected to experience rapid population growth and urbanisation in the coming decades".

If children are aware of the consequences of unsustainable growth, they are likely to adopt a more climate-friendly lifestyle, he said.

Some schools in India have started doing this informally. At Shri Ram school in Gurgaon city, children learn to plant trees and make projects out of recycled products as they discuss changing weather patters and the social and economic aspects of their relationship with the environment. 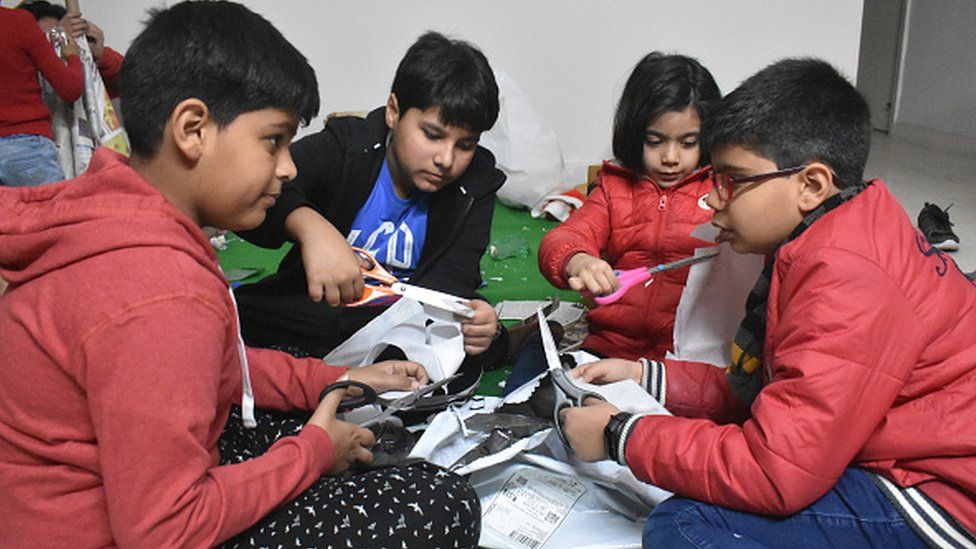 Climate crisis education should be embedded in system, say unions