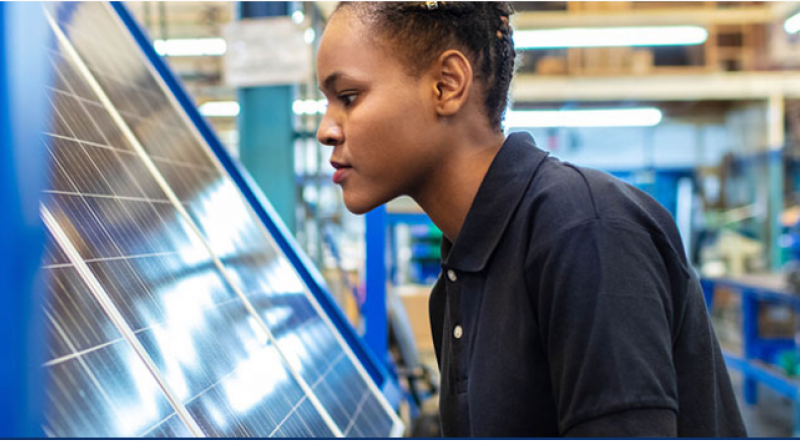 Five technical working groups are revising draft reports that will feed into a global roadmap for achieving SDG 7 (affordable and clean energy) by 2030 and net-zero emissions by 2050, consistent with the Paris Agreement on climate change. The roadmap will be presented during the UN’s High-level Dialogue on Energy in September 2021.

The themes of the five working groups are: energy access; energy transition; enabling the SDGs through inclusive, just energy transitions; innovation, technology, and data; and finance and investment. The groups held their first round of meetings in February-March 2021 and then prepared annotated outlines of their respective reports. After the co-lead entities for each group released full draft reports, a second set of meetings took place from 13-20 April 2021. Working Group members provided comments on the drafts, focusing in particular on identifying concrete and transformative recommendations.

The technical working group on energy access met on 19 April 2021. The co-leading entities for the group are: the UN Development Programme (UNDP), the UN Office for Least Developed, Landlocked and Small Island Developing States (UN OHRLLS), and the World Bank. According to the Earth Negotiations Bulletin report of the meeting, discussions emphasized the need to increase access to clean cooking and electricity. Speakers said the draft report should give more prominence to recommendations regarding social inclusiveness. Speakers also suggested identifying the transition pathways that are needed to achieve energy access. The Technical Working Group on Energy Access will hold its next meeting the week of 10 May to finalize its report.

The working group on energy transition convened on 15 April. The three entities co-leading the group are: the International Renewable Energy Agency (IRENA), the UN Economic and Social Commission for Asia and the Pacific (ESCAP), and the UN Environment Programme (UNEP). During the discussions, participants expressed a sense of opportunity to be found in the transition, alongside the need for a coherent approach to steer the changes to everyone’s benefit. Speakers said key constituencies to engage in the transition include youth, cities, and the private sector. They noted a need for attention to education and training to build skills needed in the future and prepare those who will be adversely affected by the transition. The final meeting of the Technical Working Group on Energy Transition will take place during the week of 17 May.

On the topic of enabling the SDGs through inclusive, just energy transitions, the technical working group met on 20 April. The co-leads for the group are the World Health Organization (WHO), the UN Economic and Social Commission for Western Asia (ESCWA), and the UN Department of Economic and Social Affairs (DESA).) Participants proposed re-examining several concepts before finalizing the report, such as: what is meant by an “inclusive” and “just” transition; the timeframe for the future vision reflected in the Group’s recommendations; and how women can be incorporated as agents of change, not just beneficiaries.

The co-leads of the group remarked on the particular difficulty of preparing this report, and the importance of clear and actionable recommendations. A new version of the draft will be prepared and an additional meeting may be convened to discuss it. The final meeting of the Technical Working Group on Enabling the SDGs is scheduled for the week of 17 May.

The technical working group on innovation, technology, and data is co-led by the UN Industrial Development Organization (UNIDO), the Food and Agriculture Organization of the UN (FAO), and the UN Human Settlements Programme (UN-Habitat). Key messages from the group’s meeting on 13 April included: the need to use data to leverage investment in innovative technologies; a desire to focus more on energy as a service and prioritize innovations on end-use; and the importance of supporting innovation in a broad sense, not only related to technology but also financial and social elements. The final meeting of the Technical Working Group on Innovation, Technology, and Data will take place during the week of 17 May.

The finance and investment working group met on 14 April. Discussing the draft prepared by the four co-leads – the European Investment Bank (EIB), the International Energy Agency (IEA), International Finance Corporation (IFC), and UN Economic Commission for Africa (UNECA) – participants highlighted: the importance of local capacity building and just transition efforts; the need to identify how to make projects sellable and economically viable; the value of incorporating local currency into projects; and the need to address risk and recognize the different roles that capital can play. The final meeting of the Technical Working Group on Finance and Investment will take place during the week of 17 May.

The reports of each working group will be launched at a series of Ministerial Thematic Forums scheduled to take place virtually from 21-25 June 2021. These events will be open to all Member States and stakeholders.

In addition to the global roadmap to SDG 7 and net-zero emissions, preparations for the September high-level dialogue include energy “compacts” containing voluntary commitments for action by governments, civil society, and other stakeholders. DESA is holding 40 virtual workshops to explain the compacts and help stakeholders select activities to include.