‘World is at boiling point’: humanity must redefine relationship with nature, says report 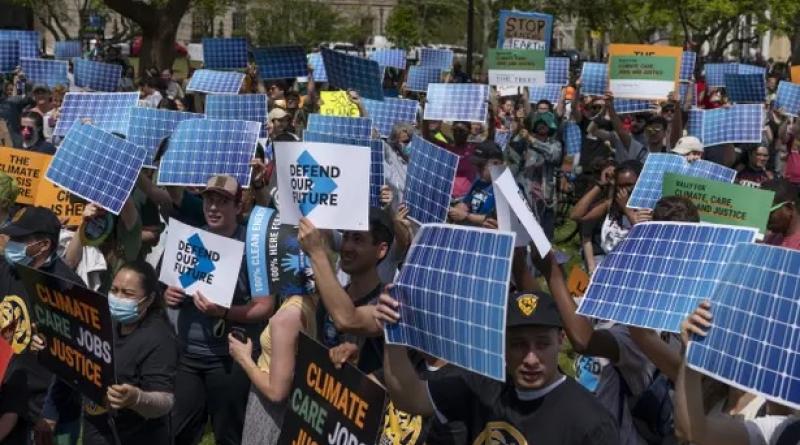 The world is at “boiling point” and humanity needs to redefine its relationship with nature if it is to address a web of crises, from rising prices to extreme heat and floods, according to a report released ahead of a landmark UN conference.

The research from the Stockholm Environment Institute (SEI) and the Council on Energy Environment and Water says the solutions to the interlinked planetary and inequality crisis exist, but calls for “bold science-based decision-making” to “completely rethink our way of living,”.

“In many ways, the world is at boiling point – with extreme temperatures in south Asia, escalating fuel and food prices, and war and conflict,” said Åsa Persson, research director at SEI. “In our report, we seek to connect the big picture of intertwined planetary and inequality crises with the promising momentum for change that we see in public awareness and key technologies, to shift from urgency to agency”

The report is published ahead of a UN meeting, Stockholm 50, which marks 50 years since the pivotal environment gathering in the Swedish capital in 1972.

It argues that although all the ingredients for change exist – from growing public support for structural change to accelerating clean technology – there has been a stark lack of action.

It says transformative change can happen by making sustainable lifestyles the easy and preferred choice for people and communities and by promoting business models that focus on services delivered, not products made.

“The ample opportunities for policymakers to take action and the growing momentum for change gives me hope,” said Nina Weitz, from SEI. “We see how public opinion reflects the urgency and willingness to change lifestyles, how youth worldwide demand and exercise more agency to fight climate change, environmental degradation and inequity and that technological development and uptake is occurring faster than anticipated.”

The report’s recommendations include:

The report calls for improved co-ordination between states to tackle ecological and other crisis and stronger accountability for those failing to act.

“Countries, companies and citizens have to be held accountable for their actions and their inaction,” it states. “We need new imaginative mechanisms for nurturing constructive accountability, which incentivises and leads to bold action and change.”

The 1972 United Nations Conference on the Human Environment established a framework for action and set a global agenda for humans and the environment, with heads of state committing to protect and promote human and environmental health and well-being.

Organisers say next month’s Stockholm 50 conference aims to act as a springboard for the UN’s “decade of action” and help deliver on pledges made on climate change, biodiversity and the adoption of green post-Covid-19 recovery plans.