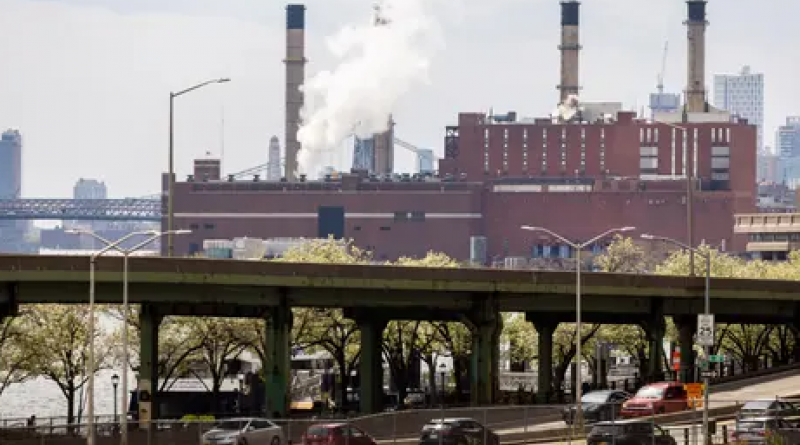 The world is squandering the opportunity to “build back better” from the Covid-19 pandemic, and faces disastrous temperature rises of at least 2.7C if countries fail to strengthen their climate pledges, according to a report from the UN.

Tuesday’s publication warns that countries’ current pledges would reduce carbon by only about 7.5% by 2030, far less than the 45% cut scientists say is needed to limit global temperature rises to 1.5C, the aim of the Cop26 summit that opens in Glasgow this Sunday.

António Guterres, the UN secretary-general, described the findings as a “thundering wake up call” to world leaders, while experts called for drastic action against fossil fuel companies.

Although more than 100 countries have promised to reach net zero emissions around mid-century, this would not be enough to stave off climate disaster, according to the UN emissions report, which examines the shortfall between countries’ intentions and actions needed on the climate. Many of the net zero pledges were found to be vague, and unless accompanied by stringent cuts in emissions this decade would allow global heating of a potentially catastrophic extent.

Guterres said: “The heat is on, and as the contents of this report show, the leadership we need is off. Far off. Countries are squandering a massive opportunity to invest Covid-19 fiscal and recovery resources in sustainable, cost-saving, planet-saving ways. As world leaders prepare for Cop26, this report is another thundering wake-up call. How many do we need?”

Inger Andersen, the executive director of the UN Environment Programme (Unep), which produced the report, said: “Climate change is no longer a future problem. It is a now problem. To stand a chance of limiting global warming to 1.5C, we have eight years to almost halve greenhouse gas emissions: eight years to make the plans, put in place the policies, implement them and ultimately deliver the cuts. The clock is ticking loudly.”

Emissions fell by about 5.4% last year during Covid lockdowns, the report found, but only about a fifth of the spending on economic recovery was geared to efforts that would cut carbon. This failure to “build back better” despite promises by governments around the world cast doubt on the world’s willingness to make the economic shift necessary to tackle the climate crisis, the UN said.

In the run-up to Cop26, countries were supposed to submit national plans on emissions cuts – called nationally determined contributions (NDCs) – for the next decade, a requirement under the 2015 Paris climate agreement.

But the Unep report found only half of countries had submitted new NDCs, with big emitters including China and India still to publish their plans, and several other governments – including Russia, Brazil, Australia and Mexico – had presented weak plans that were no improvement on their 2015 Paris pledges.

Joanna Depledge, of the Cambridge Centre for Environment, Energy and Natural Resource Governance, said: “The picture painted by the report is grim: less than half of the NDCs are genuinely more ambitious than the first round submitted in 2015 or 2016.

“There is an ambition gap between country pledges and the cuts needed to limit temperature rise … and even more troubling is an implementation gap – many large emitters are not even on track to meet their existing pledges.”

Longer-term net zero pledges for mid-century have now been adopted by 49 countries and the EU, putting about half of global emissions, half of GDCP and about a third of the global population under net zero pledges, according to the report, which took into account pledges made before the end of September.

But Andersen said net zero promises from governments were often vague or ambiguous. If these could be “made robust and implemented fully”, the world could shave 0.5C off the projected warming of 2.7C that Unep predicted, she said.

Joeri Rogelj, the director of research at the Grantham Institute, Imperial College London, said: “If implemented, current net zero targets would lower temperature projections for the next century by about half a degree – bringing central estimates close to 2C – yet still not in line with holding global warming well below 2C, let alone 1.5C.

“On the other hand, the report also highlights that in many cases countries’ near-term targets are not yet putting emissions a clear track towards achieving their net zero goals. This casts doubt on whether these targets will ever be achieved.”

Ed Miliband, the shadow business secretary, said: “It’s time for the government to start telling the truth about how far away we are from where we need to be in this decisive decade. This report makes clear there can be no shifting of the goalposts from action this decade to targets in the middle of this century. If we follow this course, we will fail to keep global warming to 1.5C and betray future generations.

“The window for action is closing, and it is critical that in the budget and the days ahead, the prime minister and the government step up to make Cop26 the summit of climate delivery, not climate delay.”

The emissions gap report also highlighted methane, a powerful greenhouse gas that arises from animal husbandry, natural gas extraction and waste. The US, the EU and more than 20 other countries have signed a pledge to reduce methane globally by 30% this decade.

Unep said methane was the second biggest contributor to temperature rises, after carbon, and that about 20% of annual methane emissions could be cut at little or no cost, for instance through better management of natural gas drilling, stopping flaring and capping old wells.

Myles Allen, a professor of geosystem science at the University of Oxford, has championed the idea of forcing fossil fuel companies and other big emitters to pay for the permanent storage of the carbon they emit, through a “carbon takeback obligation”, using carbon capture and storage technology.

He said: “On current progress, we’ll close the 2030 emissions gap some time in the 2080s. There is no appetite for reducing fossil fuel consumption globally at the rate required. The only remaining option is to scale up safe and permanent disposal of carbon dioxide, such as storing it back underground, instead of fly-tipping it into the atmosphere.”