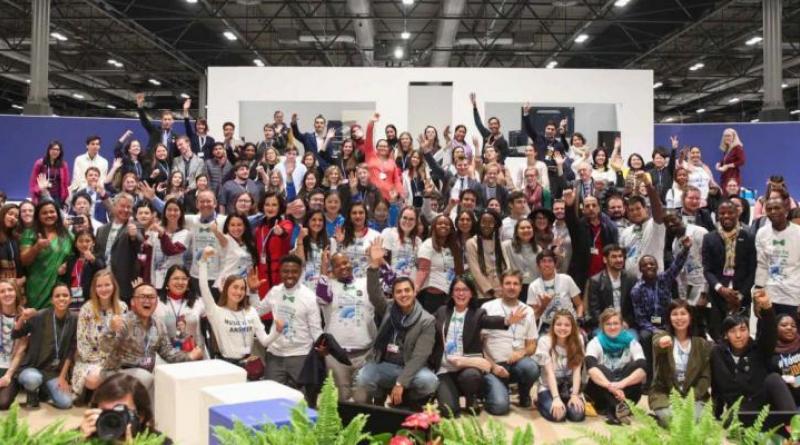 Among the main topics discussed was how young people can lead climate action and accelerate implementation of the Paris Agreement.

“Youth has played an enormous role, a fantastic role, throughout this year in order to raise awareness, in order to impress the need to take action urgently,” said Ms. Espinosa. “I want to recognize all of you, all of your voices. Each individual voice counts in making this possible.” 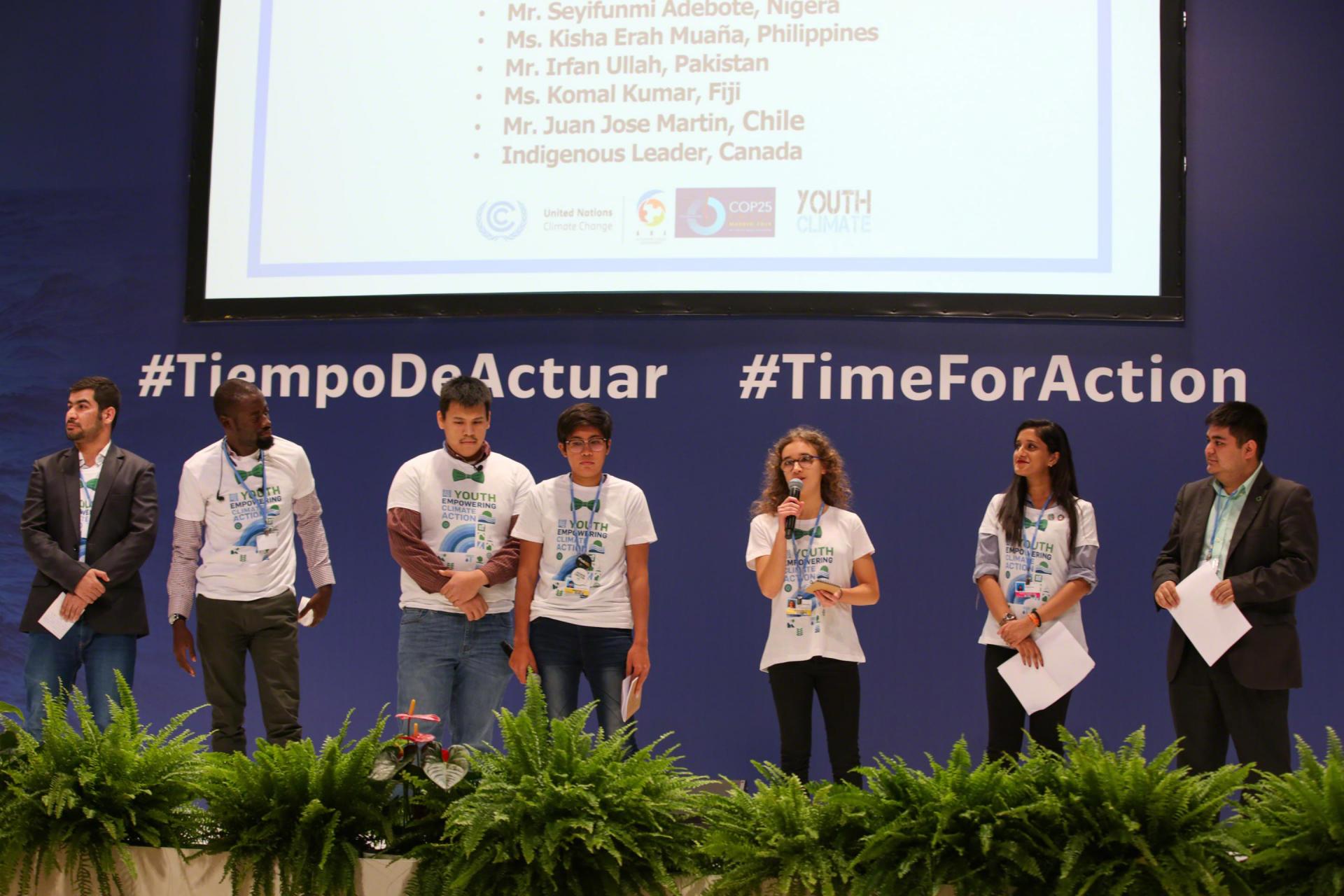 The day kicked off with young leaders sharing inspiring climate stories from their countries around the world. For one of the young leaders taking part, Chiagozie Udeh, 2019 was the year of youth engagement.

“Young people have proven this year that we are action, that we are working, and that we can mobilize to communicate the science that scientists have been struggling for over 30 years to pass on to governments,” said Mr. Udeh (far right in photo immediately below). “We have done a lot in terms of mobilization, in terms of awareness, in terms of providing concrete solutions.”

The highlight event of Young and Future Generations Day brought together young leaders and decision makers to discuss raising ambition and empowering youth to implement the Paris Agreement.

During an interactive round table, participants also discussed how to foster intergenerational cooperation in the review and implementation of Nationally Determined Contributions under the Paris Agreement.

A feature presentation of the event showcased results from the Conference of Youth (COY 15) held before COP 25, from 29 November to 1 December. The COY aims to facilitate the exchange of knowledge and experience between young leaders from different countries and to provide them capacity-building and training for their participation at COP.

Youth Briefing with the Executive Secretary 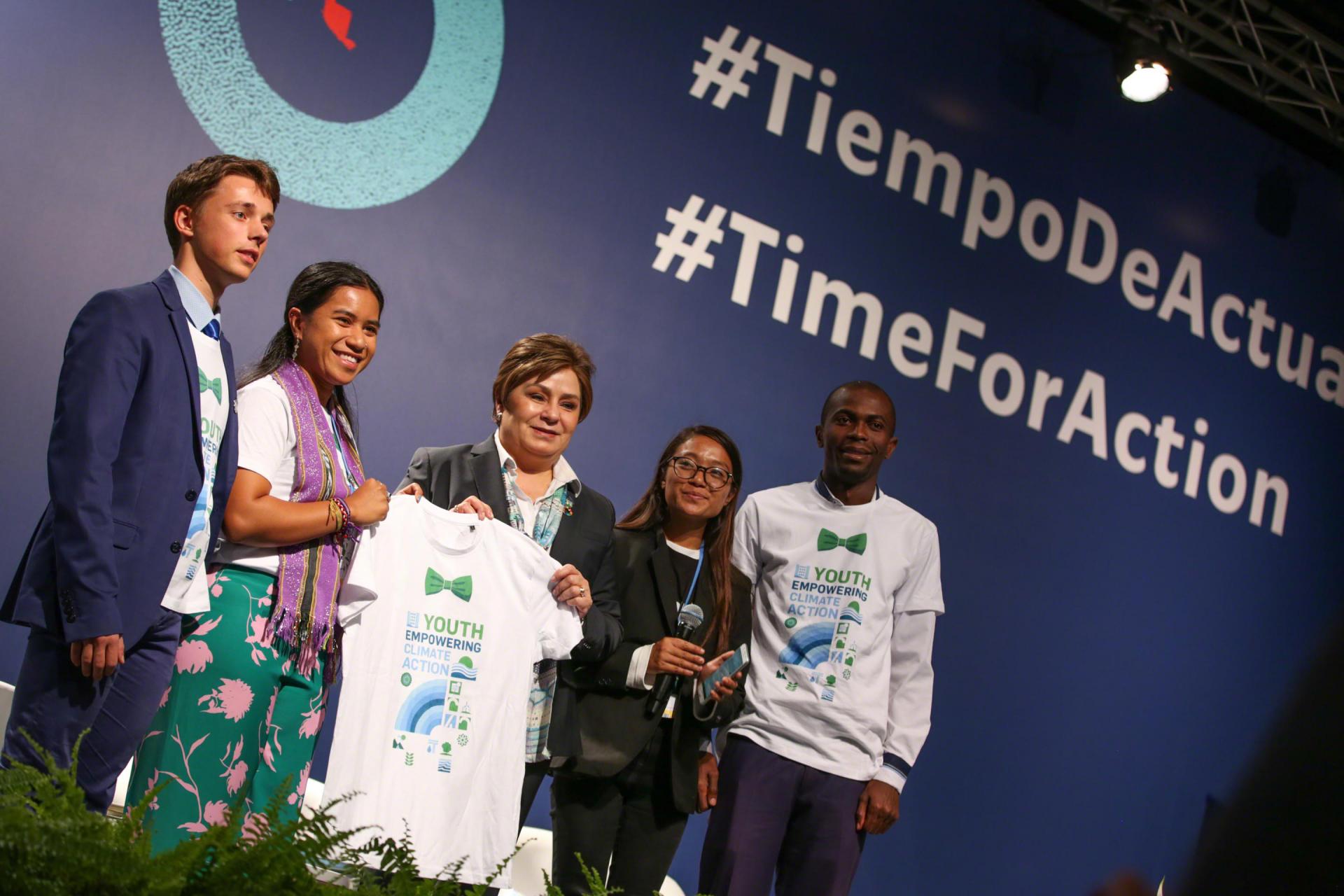 During Young and Future Generations Day, youth representatives also had the opportunity to take part in an open dialogue with the UN Climate Change Executive Secretary and pose questions on key issues under negotiation. During the discussion, Ms. Espinosa stressed the important potential of youth participation in the UN Climate Change process. 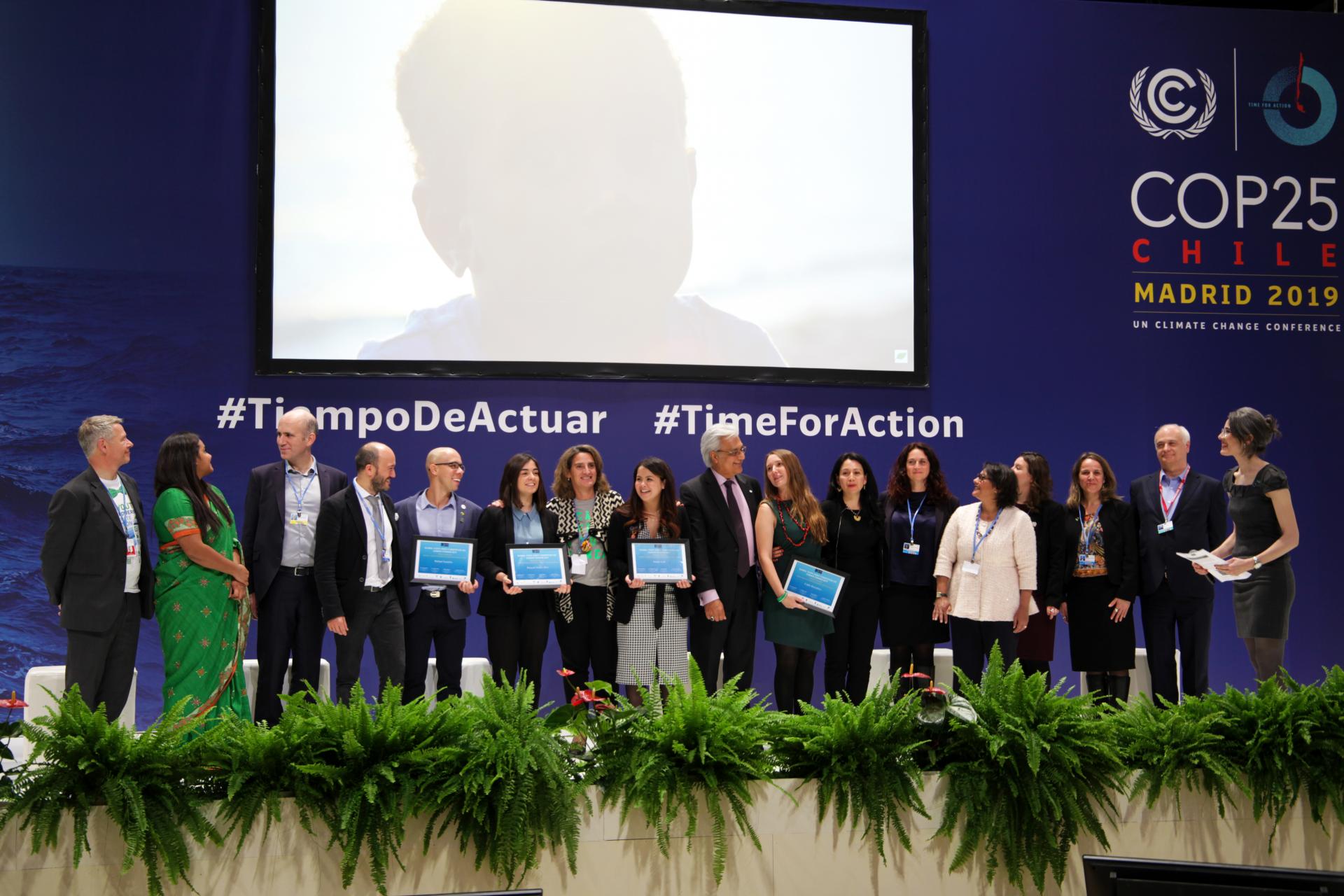 The youth thematic day wrapped up with screenings of inspiring, award-winning youth videos. Awards were given to young videographers for their winning entries in three categories: Cities and local action to combat climate change; Nature-based solutions for food and human health; and Balancing use of land for people and ecosystems.

This year young people from 114 countries submitted over 400 videos highlighting climate action being taken by youth, providing them a platform to identify their successes and inspire other youth and policymakers.

Winners of the competition:

In their three-minute entry, Rafael Forsetto and Kiane Assis, define agroecology and show how it has become part of the culture for farmers in Paraná, Brazil. These farmers avoid pesticides and seek to increase biodiversity and reduce the ecological impact of their agricultural practices.

Category 3: Balancing use of land for people and ecosystems

The video by Callie Broaddus describes what inspired her to set up “Reserva: The Youth Land Trust,” an organization designed to empower youth to fight climate change and biodiversity loss through land conservation. Reserva is working to create the world’s first entirely youth-funded reserve in Ecuador’s Chocó Rainforest.

During the award ceremony, the Conference of Youth (COY 15) organizers were also recognized.

About Action for Climate Empowerment

Action for Climate Empowerment (ACE) is a term adopted by the United Nations Framework Convention on Climate Change (UNFCCC) to denote work under Article 6 of the Convention (1992) and Article 12 of the Paris Agreement.

The over-arching goal of ACE is to empower all members of society to engage in climate action, though education, training, public awareness, public participation, public access to information, and international cooperation on these issues.