12 Myths about hydropower debunked with evidence 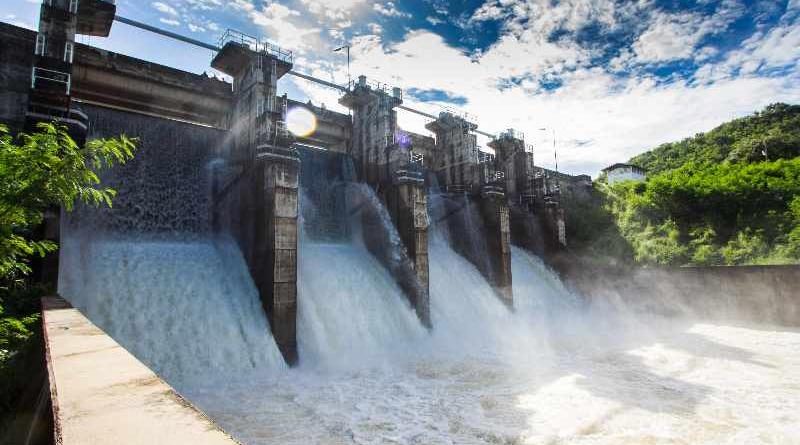 Below, Eddie Rich, CEO of the International Hydropower Association, writes about the most common misconceptions and myths about hydropower that the organisation deals with daily.

“There is only one thing in the world worse than being talked about, and that is not being talked about,” said Oscar Wilde. We should therefore take it as a compliment that so many people talk incorrectly about hydropower. It shows that we are relevant, said Rich.

Myth 1: Renewable energy is all about wind and solar

Reality: Hydropower, as the “forgotten giant of renewables”, is the world’s largest source of low-carbon electricity.

In 2021, hydropower generated around 16% of the world’s electricity(~4,252TWh). This is about the same as all other renewable energies combined. Recent growth, which has been overwhelmingly led by China, has added nearly 50GW over the last five years.‍

Myth 2: Wind and solar can power the planet alone

Wind and solar power are growing faster than hydropower. It is beyond doubt that both technologies are crucial to making progress on climate change. But what happens when the wind doesn’t blow and the sun doesn’t shine? Do we fall back on fossil fuels? Do we face blackouts? Or do we look towards reliable, dispatchable, firm energy in the form of hydropower?

For this reason, both IEA and IRENA say we will need to double hydropower capacity in the next 30 years to stay on track with net zero pathways. Hydropower’s role will increasingly shift to enhancing system flexibility and supporting variable wind and solar. In other words, hydropower is ready to fill the hole left by coal.

Myth 3: All the available hydropower has already been built

Reality: Potential hydropower capacity exists in abundance in all regions of the world.

Academic studies indicate there is more than enough global potential to achieve 1,200GW more hydropower by 2050, even allowing for economic, social and environmental constraints. Tapping into this will be key to unlocking our net-zero ambitions.

IHA’s Hydropower 2050 report reviewed potential capacity in all regions. It found large potential in areas where hydropower is relatively underdeveloped. For example, 89% of Africa’s hydropower capacity is untapped. And these figures do not include pumped storage, where there is great potential for additional expansion.

Reality: We have the technology; we are just not deploying it.

When it comes to addressing climate change, there is a lot of lazy talk about how the transition to net-zero requires new technologies and innovations yet to spring from the imagination of a new generation of inventors.

Don’t believe a word of it.

While innovation should always be encouraged, our net-zero ambitions do not rely upon it. We already have the tools to do this job, right now. Variable renewable energy in the form of wind and solar, supported by storage – batteries, pumped storage hydropower (PSH) and green hydrogen – can take us to a zero-emission energy world.

Pumped storage, as the “world’s water battery”, is the perfect natural complement to wind and solar. It already accounts for over 90% of storage capacity and stored energy in grid scale applications globally.

New technologies and refinements to existing ones will, of course, emerge – whether it is bigger and better batteries and electrolysers, smarter turbines, or the creation of virtual power plants to name just a few. But right now, the single most important priority should be the planning and construction of long-duration electricity storage (LDES) in the form of pumped hydro.

By using excess wind and solar at zero or low cost to pump water to an upper reservoir and dropping it down through turbines when there is a shortage of wind and solar, pumped storage is a brilliant example of renewables working together. The current storage volume of PSH stations is at least 9,000GWh.

Batteries will be important, but at the moment they amount to just 7-8GWh. 40 countries have PSH capacity, but China, Japan and the United States alone are home to over 50% of the world’s installed capacity.

We can do more. A study by Australia National University has identified over 600,000 potential off-river PSH sites globally. That’s 23,000 TWh of potential storage. Without using at least some of this, the energy transition is in danger of stalling just as it should be accelerating.

Reality: Hydropower is a forever resource.

There is over 600GW of ageing hydropower around the globe. While a few plants should be decommissioned and/or removed, the vast majority can be modernised.

IHA has undertaken studies on the potential for modernisation in Asia and Latin America, and we are just finishing a similar study in Africa. The evidence is clear that upgrading our existing fleet is a massive opportunity for low-impact green electricity. It is yet another reason why we do not need to develop new technology to make progress towards our net zero targets.‍

‍Myth 6: All dams are hydroelectric

Reality: Less than one in five reservoirs worldwide are powered.

Most of the world’s hydroelectric dams provide a range of multi-purpose services, such as flood and drought control, irrigation and water supply. Conversely, 80% of unpowered dams around the world represent a significant potential for retrofitting.

Reality: Demonstrable sustainability is not just possible; it is an expectation of the sector.

IHA members – who represent one-third of the world’s installed hydropower capacity – adhere to the San José Declaration on Sustainable Hydropower which says that Going forward, the only acceptable hydropower is sustainable hydropower.

New projects are to be independently certified by the multi-stakeholder designed and governed Hydropower Sustainability Standard, which is the first standard of its kind in the renewables sector. In this way, projects should enable healthy ecosystems, prosperous communities, resilient infrastructure and good governance. The Standard is aligned with the World Bank and IFC Sustainability Frameworks and with the Climate Bonds Initiative requirements for green bonds.

Reality: To mitigate against drought and floods we need more hydropower, not less.

Isn’t it funny how we only notice hydropower’s massive role in providing green electricity when we don’t have it? With volatile weather conditions becoming more frequent, water management and multi-purpose reservoirs will be more important than ever in future. Countries like Spain are only able to cope with drought today because of massive investments in water infrastructure in the 1970s.

Hydropower is the answer. While coal and nuclear use up vast volumes of water, hydropower can use the same drop over and over again. The IHA Climate Resilience Guide provides a blueprint for hydropower operators to withstand the growing volatility in weather patterns.

Reality: Hydropower is, over its full life cycle, the second cheapest form of renewable energy.

The latest IPCC report states that the levelised cost of electricity (LCOE) for hydropower is lower than the cheapest new fossil fuel-fired option and that hydropower is one of the lowest-cost electricity technologies in existence.

For a lifetime of 40–80 years for a hydropower project, the costs for operation and maintenance were found to be 2–2.5% of the investment costs per kW in the first year of operation.

Independent research suggests that the use of hydropower instead of fossil fuels for electricity generation has helped to avoid more than 100 billion tonnes of carbon dioxide in the past 50 years alone. That’s roughly equivalent to the total annual carbon footprint of the United States for 20 years. Nonetheless, all energy sources, even renewables, produce carbon emissions in their lifecycle, due to the emissions caused by their manufacture, construction or operation.

Reality: Hydropower technology has been developing at a fast pace.

Hydropower may be the oldest of the renewable technologies, but it is also one that is evolving swiftly with the times and delivering important climate innovations.

The changing energy mix places increased demands on hydropower to provide flexible, reliable power services in order to adapt to supply and demand. New advancements in hydropower technology are helping to integrate variable renewables such as wind and solar power and batteries into the energy system.

Myth 12: The market will deliver for hydropower

Reality: The future of the sustainable hydropower sector is a matter of political will and choice.

Markets do not naturally reward electricity beyond generation. Hydropower does not get compensated for its wider system and other roles, such as flexibility, reliability, storage, floods and drought control, water supply and irrigation. Energy markets need to be adapted to reflect this, especially to allow pumped storage to become mainstream in the market.

Furthermore, proportionate, streamlined license/permit processes are needed to rapidly scale up hydropower to deliver on net zero. Governments must also act to enable investment into maximising their existing infrastructure through modernisation, the retrofitting of non-powered dams and the integration of floating solar panels into hydropower reservoirs.

And all parties – governments, financiers, operators and NGOs – should advocate for widespread adoption of the Hydropower Sustainability Standard.

The San José Declaration says that sustainable hydropower is a clean, green, modern and affordable solution to climate change. I believe that we can make net zero a reality #WithHydropower. ESI

For a full picture of the hydropower development worldwide, see the Hydropower Status Report 2022.

The world’s largest combination of hydropower and solar power

Can Hydropower Deliver Enough Energy to Turn On the World?