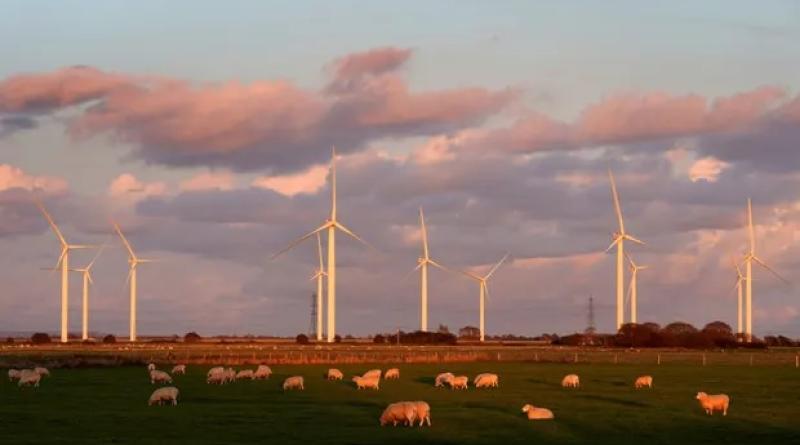 The president of the Cop26 climate summit Alok Sharma has become the latest Conservative party MP to support lifting the ban on new onshore windfarms.

Sharma has joined his former boss Boris Johnson, who nominated him for a peerage, in backing an amendment to government legislation in an attempt to drop the moratorium on onshore wind.

It means that the amendment to the Levelling Up bill, led by former levelling up secretary Simon Clarke, now has the support of 22 Tory MPs.

Both Johnson and his successor Liz Truss signed the proposal to lift the ban. Clarke’s amendment would force the government to change its policy within six months to allow new windfarm schemes.

It comes as Michael Gove is understood to have told allies he also supports ending the ban, the Sunday Telegraph reported.

The levelling up secretary is believed to have been joined by the business secretary, Grant Shapps, and Graham Stuart, the climate change minister, in privately supporting the calls to lift the ban, according to the paper.

Since 2014, planning rules have in effect barred any new onshore windfarms in England under a tightening of restrictions imposed by David Cameron’s government after pressure from Tory activists.

Sharma, a former business secretary, tweeted: “Onshore wind is one of the cheapest forms of renewable power and will help to bolster the UK’s energy security.

“Putin’s illegal and brutal war in Ukraine has reinforced that climate & environmental security are totally interlinked with energy and national security.

He added that he supported letting communities decide whether to allow new projects in their area, including residents being given reduced energy bills for supporting new schemes.

It is the latest challenge for Rishi Sunak, who pulled the levelling up bill from a parliamentary vote on housebuilding policy, because of fears that a rebellion by Tories over a target to build 300,000 homes a year would have seen his first defeat in parliament. About 50 Conservative MPs had threatened to rebel. The bill is expected to be debated next month.

Johnson is supporting the amendment despite not trying to overturn the ban when he was prime minister. It has also been signed by former cabinet ministers Nadine Dorries and Stephen Crabb.

Labour leader Sir Keir Starmer supports lifting the ban, and has previously said that keeping it in place is an “national act of self-harm, choking off our economic potential”.

Clarke, who served as chief secretary to the Treasury under Johnson, and as levelling up secretary in Truss’s seven-week premiership, said: “This really is an issue that unites opinion from all wings of the Conservative party. We should let local communities decide whether or not they want onshore wind, perhaps linked to sensible incentives from energy companies, and not apply a blanket ban.

“Onshore wind can lower our constituents’ bills, boost our energy independence and safeguard our environment, and I am delighted so many colleagues are supporting this important amendment.”

On Friday a government spokesperson said: “We will consider all amendments and set out our position in the usual way.

“The PM has been clear, though, that we want to support more renewables, for them to come online and the focus remains on building more wind turbines offshore in order to boost our energy security.”

cover photo: An amendment to the Levelling Up bill to drop the moratorium on onshore wind now has the support of 22 Tory MPs. Photograph: Gareth Fuller/PA

Wind energy can be the puzzle piece that tackles global warming.