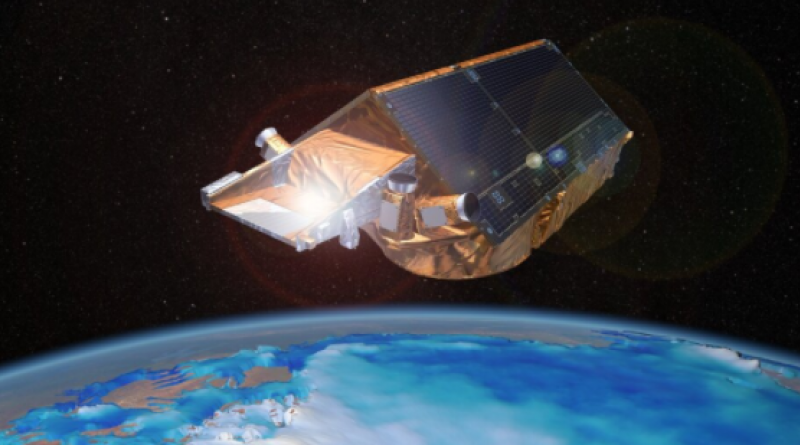 With alarm bells ringing about the rapid demise of sea ice in the Arctic Ocean, satellite data have revealed how the intrusion of warmer Atlantic waters is reducing ice regrowth in the winter. In addition, with seasonal ice more unpredictable than ever, ESA’s SMOS and CryoSat satellites are being used to improve sea-ice forecasts, which are critical for shipping, fisheries and indigenous communities, for example.

The amount of sea ice floating in the Arctic Ocean varies enormously as it grows and shrinks with the seasons. Although some of the older thicker ice remains throughout, there is an undeniable trend of declining ice as climate change tightens its grip on this fragile polar region.

Arctic sea ice reaches a maximum around March after the cold winter months and then shrinks to a minimum around September after the summer melt. However, these seasonal swings are not only linked to the changing seasons – it transpires that along with our warming climate, the temperature of adjacent ocean seawater is now also adding to the ice’s vulnerability.

Previous research suggested that sea ice can partly recover in the winter following a strong summer melt because thin ice grows faster than thick ice. However, new findings indicate that heat from the ocean is overpowering this stabilising effect – reducing the volume of sea ice that can regrow in the winter. This means that sea ice is more vulnerable during warmer summers and winter storms.

The research published recently in the Journal of Climate describes how scientists used satellite data from ESA’s Climate Change Initiative to calculate changes in the volume of Arctic sea ice between 2002 and 2019. 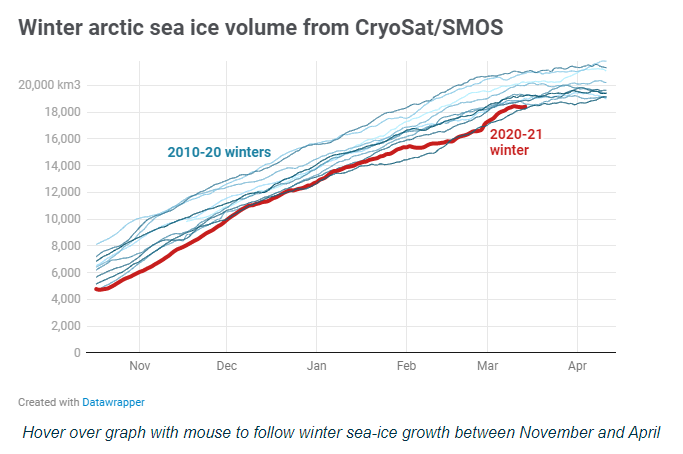 Robert Ricker, from the AWI Helmholtz Centre for Polar and Marine Research in Germany, and colleagues mapped regional changes in sea-ice volume owing to drift and calculated how much ice grows because of freezing each month. They also used model simulations to explore the causes of change, which corroborated their findings.

Dr Ricker said, “Over the last decades we observed the tendency that the less ice you have at the beginning of the freezing season, the more it grows in the winter season.

“However, what we’ve found now is that in the Barents Sea and Kara Sea regions, this stabilising effect is being overpowered by ocean heat and warmer temperatures that are reducing the ice growth in winter.”

This new process is called Atlantification, meaning that heat from the Atlantic Ocean carried to higher latitudes is causing the edge of the sea ice to retreat. 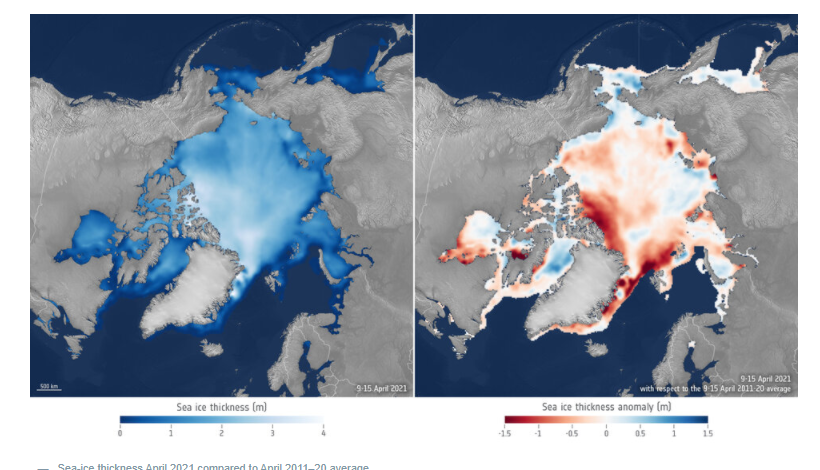 “Importantly, this also means that if you have a warm summer or strong winds, the sea ice is less resilient,” added Dr Ricker.

The researchers believe that the stabilising mechanism in other regions of the Arctic could also be overpowered in the future.

While it is clearly essential to continue monitoring Arctic sea ice for evidence to support climate policies, satellite observations are put to practical use such as sea-ice forecasting.

Ice-thickness data from the CryoSat mission played an important contribution to the Atlantification findings, but the mission’s data combined with data from the SMOS satellite are also key to improving forecasts of the thinner more fragile thin sea ice.

As well as being used for forecasts, these combined data show that the volume of sea ice in the 2020-21 winter season was at its lowest since these sea-ice data products began in 2010.

Stefan Hendricks from AWI said, “The driver of this low volume of sea ice is the region north of Greenland and the Canadian Archipelago, where the thickest ice usually resides. Last winter, thick sea ice was almost absent. The rest of the Arctic sea ice is a mix of above and below average.”

The information can also potentially improve forecasts of the weather and climate.

Many seasonal forecasting centres provide dynamic predictions of sea ice. While assimilating sea-ice concentration is common, constraining initial conditions of sea-ice thickness is in its early stages. However, first assimilation studies at the European Centre for Medium-Range Weather Forecasts (ECMWF) indicate a significant improvement in the seasonal forecast system.

Beena Balan Sarojini from ECMWF said, “Our results demonstrate the usefulness of new sea-ice observational products in both data assimilation and forecasting systems, and they strongly suggest that better initial sea-ice thickness information is crucial for improving sub-seasonal to seasonal sea-ice forecasts.”

Arctic ice loss forces polar bears to use four times as much energy to survive – study.

How the shipping industry can halve climate-warming black carbon in the Arctic.