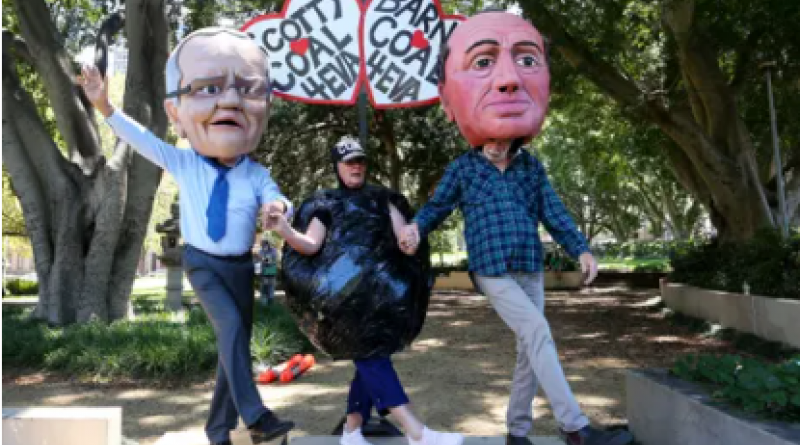 Bringing countries back to the negotiating table with updated national plans on greenhouse gas emissions will now be the hardest task for the UK and the UN for the next year, say developing countries and climate experts.

The Cop26 summit ended at the weekend with a resolution for governments to revise their targets for next year.

Current national plans, called nationally determined contributions (NDCs), would result in a disastrous 2.4C of heating, according to analysis published during the Glasgow talks, which would be far above the 1.5C nations agreed to aim for.

However, the Paris agreement and the Glasgow pact contain no “policing mechanisms” for ensuring that countries make pledges that are commensurate with the scale of the climate crisis.

Already, Australia has said it will not update its NDC. The country is widely regarded as a laggard on climate action, though its officials in Glasgow did not publicly oppose the resolutions reached there, which included a “phase-out” of coal until it was downgraded by China and India to a “phase-down”.

One developing world official told the Guardian: “[Ensuring countries increase their ambition on emissions cuts] is the challenge and in my view it’ll be just as difficult as [achieving] the Glasgow pact. It could raise the stakes for laggards.”

The Paris agreement is built on “an honour system”, the official said, which makes any enforcement mechanism impossible. However, countries must publish their NDCs for scrutiny, and under the deal reached in Glasgow the UN will publish regular “synthesis reports” assessing countries’ plans against the Paris temperature goals.

This will help to ensure pressure can be applied based on what countries have committed to, said the official. “We now know precisely where the onus to lead is, and countries will be called out routinely. The G20 will be in the spotlight – and a few in particular – the US, India, Brazil, China, Australia, Japan and Mexico. Civil society’s role has never been more important in the process,” they said.

John Kerry, the US climate envoy, acknowledged the problem after the talks ended at the weekend. He said the US did not need to update its NDC, setting out 50% cuts in emissions by 2030, but that other countries – he did not specify which – must update theirs.

He said the best way of doing so was to apply public pressure, including through the internet and social media. “This is the next big challenge,” he said. But countries that failed to engage could face “being pilloried for setting it up so people are going to die”.

He added: “Countries that do not step up will be come the subject of significant focus, on the internet, social media, newspapers and TV. Everything is a matter of peer pressure. This [UN climate negotiations] process does not establish and cannot establish a police force.”

To those who feel that may be too weak, he pointed to the deal reached in Glasgow, and the Paris agreement. “That [pressure] can be effective – that is what brought us to Glasgow,” he said.

An EU official present at the talks added that carbon border tax adjustments could also be part of the answer, as well as political pressure. Carbon border tax adjustments would penalise high-carbon imports from countries without stringent climate targets. The official said: “You need an international political process and a push to get them to feel it’s absolutely necessary. Part of that can be countries [such as the EU member states] going ahead with policies showing how deadly serious they are, and also saying to laggards that they will need to transform to keep selling their products on the world market.”

Public pressure will also play a strong role. “Part of [the answer] will be the global climate movement that’ll continue pushing leaders for more and chastising them over too little action, and part of that will be an international diplomatic effort, pushing for strong climate paragraphs in G7 and G20 [communiques], having ministerial conferences that revolve around NDCs in the run-up to Cop27.

“We’ve seen this year that when leaders feel a need to commit, even China will move, and even India will set a climate neutrality date.”

The UK’s presidency of Cop26 continues throughout this year, until the next conference of the parties meeting next November in Egypt.

That means the government will need to play a crucial role, added Bob Ward, policy director at the Grantham Institute on Climate Change and the Environment at the London School of Economics.

“It will be difficult [to ensure countries update their NDCs as needed], given that the emissions pledges should be based on detailed analysis of what countries plan to achieve. The onus will be on the UK, which will continue to hold the presidency of the Cop, to work with all countries to make further progress,” he said.

No country should think themselves exempt, he added: “As the current shortfall is a collective failure, all countries will be expected to offer more ambitious pledges. It is hoped that if the rich countries next year honour their commitment to mobilise $100bn a year for developing countries, they [poor countries] will be able to offer stronger emissions cuts. But as ever, the rich countries must lead by example and accelerate their efforts to reduce emissions.”

Keir Starmer, the Labour leader, said the government must show leadership by cancelling plans for new oilfields and a potential new coalmine, and reverse the cuts to overseas aid that many observers said had damaged the UK’s standing at Cop26. A key pledge by developed countries to provide $100bn a year of climate finance to the poor world was not met.

Starmer said: “Britain has particular responsibility as Cop president. First, we need to reassemble the Paris climate coalition and build trust with the developing world. But cutting overseas aid does not build trust, it destroys it.

“So, will the prime minister immediately reverse the cuts? Second, there can be no free passes for major emitters. Including our friends. We are doing a trade deal with Australia, where we have allowed them to drop Paris temperature commitments. That was a mistake. Will the prime minister put it right?”