Developers v Durrell: the battle over Corfu's 'jewel of nature' 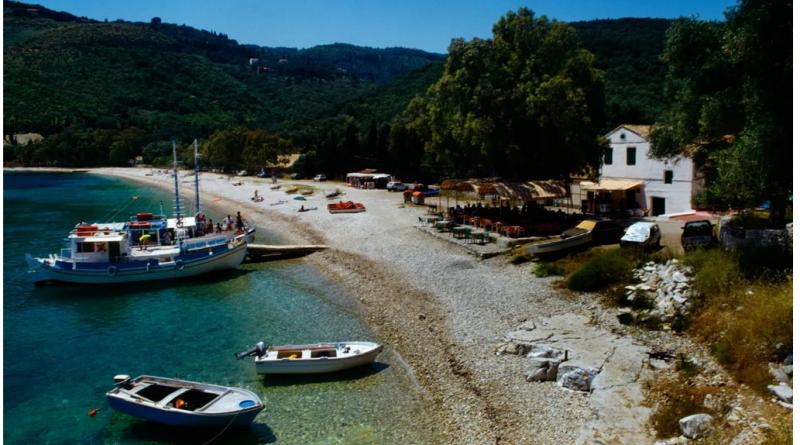 Usually, at this time of year, Corfu would have submitted to the soporific rhythms of the relentless summer heat. Instead, anger is in the air and battle lines have been drawn, none more so than in the minds of those determined to protect the island’s last piece of virgin territory – a place of unique biodiversity – from being developed into an “ultra luxury” resort.

The stakes couldn’t be higher. On the one side are campaigners, most visibly Lee Durrell, widow of the British naturalist Gerald, whose portrayal of Corfu in My Family and Other Animals played no small part in evoking the Ionian isle’s charms and beauty – and ultimately bringing tourism to its shores.

On the other are a business-friendly Greek government and the private equity fund NCH Capital, which acquired the natural paradise in north-eastern Corfu when Athens’ cash-strapped state was selling off assets at the height of the country’s debt crisis.

Eight years on, after 11 court appeals, two presidential decrees, 10 ministerial decisions and 54 government interventions, the New-York based group has finally obtained the permits to move ahead with the flagship “Kassiopi project”.

Barely a month after being officially inaugurated, contractors are being lined up. By 2026, the investment firm hopes to have transformed the headland, known as Erimitis, “the Hermit”, into a high-end “environmentally sensitive” resort with a five-star hotel, holiday villas and a 60-berth marina. Construction will be in accordance with bioclimatic design principles, says Andreas Santis, its managing director. “It will be very green. Only 7% of the entire 500-acre site will actually be built. In terms of building density that is much lower than any other area around here.” 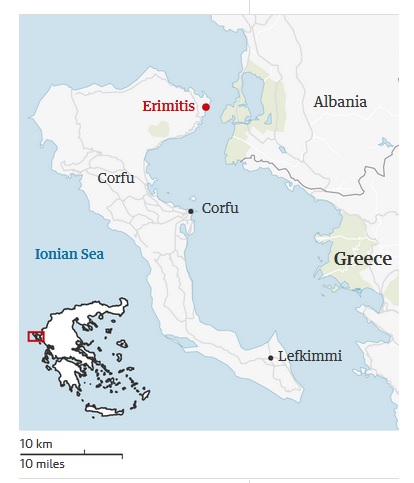 Durrell, a respected naturalist in her own right, is far from convinced. She recalls how, during Gerry’s last visit in 1986, there were already enough architectural “carbuncles” erected along Corfu’s shoreline to make him “turn his back to the coast” during boat trips.

Erimitis is not only home to otters, seals, raptors and reptiles but, she enthuses, lakes, marshes and bright pebble beaches, orchids and strawberry trees, in an area that remains one of the least developed in the Mediterranean.

“Any destruction of such an ecosystem would be unthinkable,” said the US-born author, speaking from the Venetian home she is renovating on Corfu. “I can understand the government’s argument for foreign investment, but Erimitis is a jewel of nature that must be saved.”

When she is not in Corfu, Durrell runs the zoo established by her late husband on the Channel Island of Jersey. “Human beings have been taking over so much of the planet, and natural world, so unnecessarily and to our peril,” she said. “And what has it led to? Deforestation, climate change and pandemics. We should be learning from such lessons.” 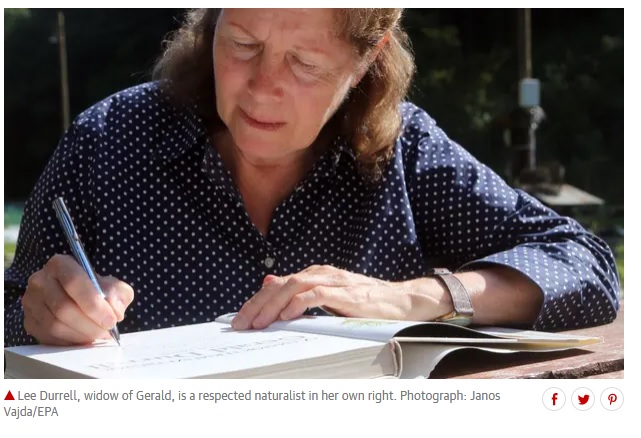 The naturalist is not alone in holding such views. The headland lies along a coastline jokingly referred to as Kensington-on-Sea after the wealthy London district that is home to many of its residents outside the summer period.

Corfu’s lure for the super-rich – Prince Charles and the Duchess of Cornwall are regular visitors – has also played a role in mounting opposition to the project.

As the rhetoric has intensified, billionaires with villas on the island have also weighed in on the side of the eclectic group of resident conservationists, anti-capitalists, leftists and environmentalists bent on stopping the development. In July, the financier Nathaniel Rothschild, a frequent visitor to his family’s estate in the area, tweeted that that the prime minister, Kyriakos Mitsotakis, was “foolish” for endorsing the “Erimitis development fiasco” after the leader attended its ground-breaking ceremony.

Johnny Cameron, who heads the Corfu Owners Association, which represents around 200 mostly British homeowners, appealed to Mitsotakis to reconsider and “realise the strength and righteousness of local opposition”.

“We do not understand why a government that claims to support sustainable and environmentally friendly development would ever back such an old-fashioned project,” he wrote in the second of two letters to the centre-right leader. “Surely it is obvious that building in such a pristine area does not qualify as a model of sustainable development?”

Santis rejects the complaints as disingenuous. Echoing Mitsotakis, he insists the project will provide much needed employment – boosting local finances by €180m over a decade at a time when the struggling Greek economy is poised to contract by a projected 10% as a result of the pandemic. 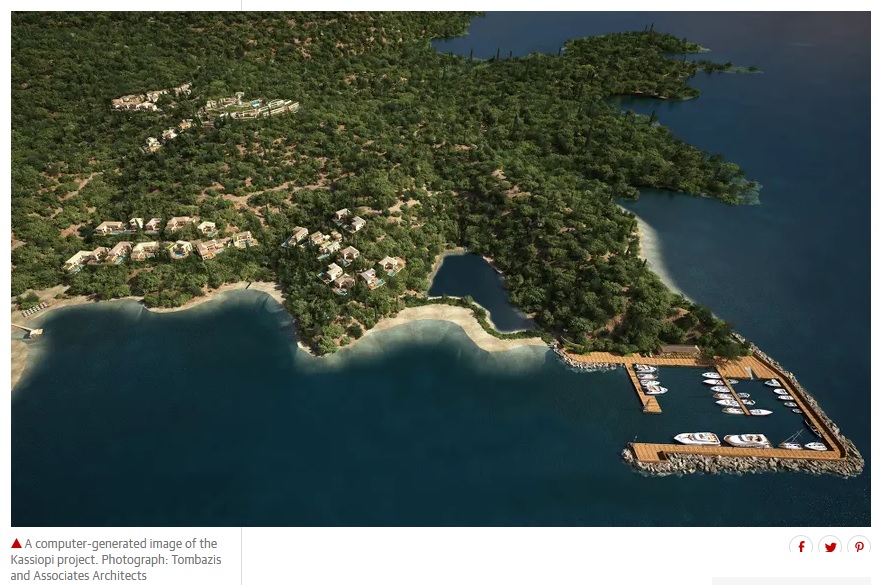 “It will create 1,000 jobs during the construction phase and around 500 when it operates,” Santis said. “If all these people feel so strongly about it, why didn’t they bid for the land when it was put up for international tender? They certainly have the money. Their concern isn’t environmental but [motivated] more by personal interest. It’s a clear case of ‘not in my back yard’.”

With construction work set to begin, activists say they will return to the courts to try to halt the €120m development. Street protests have been held and more are planned for when the bulldozers move in.

If anything, say critics, the outbreak of coronavirus – and absence of visitors – has made it chillingly clear that, like so many parts of Greece, Corfu is overly dependent on tourism. Much of the island’s coast is now lined with rundown and eerily empty hotels: the price of mass tourism seemingly catering to another age.

It’s not lost on opponents that the equity fund paid a paltry amount for the land. “In retrospect it’s a tragedy that some of the very wealthy people who live along this coastline didn’t form a consortium when the property was put up for sale,” lamented Richard Pine, a writer who directs the Durrell Library of Corfu.

“They could have matched the absurdly low figure of €25m, which was all that the state received for selling it off. In place of the resort, they could have endowed a national park with an interpretive centre for schoolchildren to appreciate the ecosystem on their doorsteps.”

Mya-Rose Craig: ‘Young people need to see someone like them who is into nature’

On Earth Day, harnessing the power of nature to heal herself.