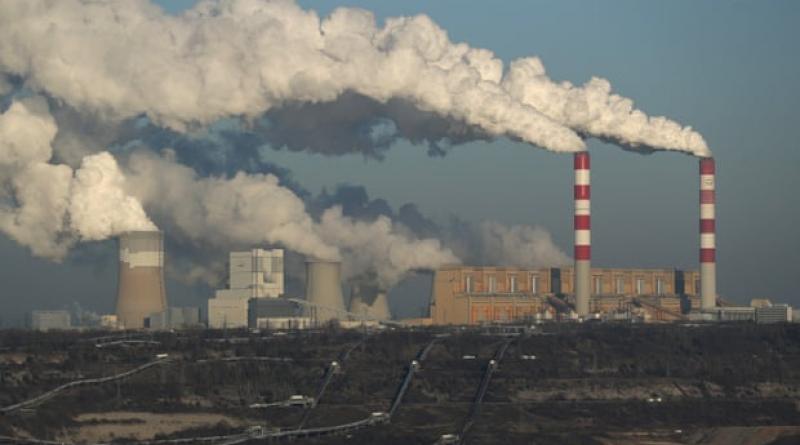 The European Investment Bank has agreed to phase out its multibillion-euro financing for fossil fuels within the next two years to become the world’s first ‘“climate bank”.

The bank will end its financing of oil, gas, and coal projects after 2021, a policy that will make the EU’s lending arm the first multilateral lender to rule out financing for projects that contribute to the climate crisis.

The decision will stem a multibillion euro flow of capital into new fossil fuel projects, and has been welcomed by green groups as an important step towards the EU’s aim to be carbon-neutral by 2050.

The EIB described its decision as a “quantum leap” in ambition. “Climate is the top issue on the political agenda of our time,” the bank’s president, Werner Hoyer, said.

“We will stop financing fossil fuels and launch the most ambitious climate investment strategy of any public financial institution anywhere,” Hoyer added. The bank’s vice-president, Andrew McDowell, said the move was “an important first step – not the last step, but probably one of the most difficult”.

Under its new policy, the bank will end all lending to fossil fuels within two years and align all funding decisions with the Paris climate accord. Energy projects applying for EIB funding will have to show they can produce one kilowatt hour of energy while emitting less than 250 grammes of carbon dioxide.

The incoming European commission president, Ursula von der Leyen, also wants the EU to raise its target of cutting emissions by at least 40% from 1990 levels by 2030 in support of plans to become the first climate-neutral continent by 2050.

The policy comes a year later than hoped by climate campaigners but also limits approvals of new fossil fuel projects before 2021 to projects that are already under appraisal by the EIB.

Colin Roche, a campaigner at Friends of the Earth Europe, called the decision “a significant victory for the climate movement”.

“Finally, the world’s largest public bank has bowed to public pressure and recognised that funding for all fossil fuels must end – and now all other banks, public and private must follow their lead,” he said.

Environmental campaigners estimate that the EIB handed out €6.2m every day to fossil fuel companies between 2013 and 2018, and provided security for millions more in private funding. A decisive end to this financial lifeline could prove another nail in the coffin for the fossil fuel industry, according to climate campaign group 350.org.

Kate Cahoon, a campaigner for 350.org, which is based in Germany, said: “When the world’s biggest public lender decides to largely ditch fossil fuels, financial markets across the globe will take notice: this is the beginning of the end of climate-wrecking fossil fuel finance.”

However, the green group warned that the EIB’s pledge includes loopholesthat could still lock European countries into decades of dependence on fossil fuels. The EIB will continue to support any project added to the EU’s “projects of common interest” list before 2022. At present, more than 50 gas projects could be eligible.

This could pose major longer-term problems for the gas industry, which has more than $200bn in liquefied natural gas planned over the next five years.

Alex Doukas, an analyst with Oil Change International, said the EIB had failed to pass a policy consistent with the Paris agreement due to the hold the fossil fuel industry still has over EU politics.

“Gas lobbyists were able to convince many parties – most significantly Germany and the European commission – to override public support for a fossil free EIB, and write significant concessions into this policy,” he said.

“However, with people-powered movements for climate action stronger than ever, the gas industry will face an uphill battle in using these EIB loopholes to get new projects funded by 2021.”

Nick Mabey, the chief executive of the environmental thinktank E3G, said: “Europe is sending a clear signal that it intends to move away from risky fossil fuel investments, toward the climate-neutral future that its citizens want. The EIB is sending a message to other financial institutions that investment in fossil fuels is drawing to an end.”