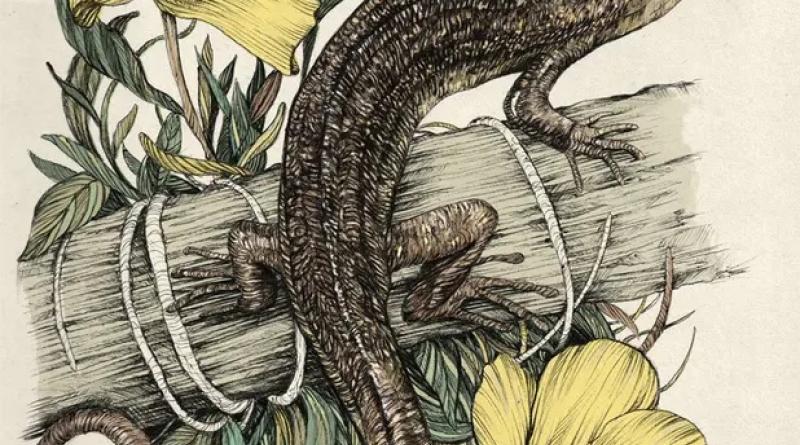 Gump was the last lizard of her kind when she died in 2014, and her demise should be ‘a scar on our conscience’

The last Christmas Island forest skink was named Gump. She lived in a spacious cage filled with rocks, soil, logs and a ready supply of fresh invertebrate food in the island’s national park. She wasn’t particularly active, but then again it’s impossible to know what goes on in the mind of a skink. Her namesake was Forrest Gump – they were both solitary individuals who, despite being mild and unassuming, experienced momentous events while remaining quite unaware of the exceptional courses their lives had taken.

The Christmas island forest skink (or whiptail skink) used to thrive on its island home, an Australian territory off the coast of Indonesia. In 1979, researchers documented that they were its most abundant skink. These lizards were, visually, fairly nondescript. Not too small, but by no means large, they averaged about 20cm (8in) in length, with a slim body covered in brown-yellow scales. They were practically the default image that comes to mind when you think “lizard”.

As recently as 1998, you could see dozens upon dozens of their little tan bodies among the leaf litter of the forest floor, basking in the slivers of sunlight poking through the dense forest canopy, munching on the insects they found.

What is perhaps most frustrating to those who fondly remember Gump and the other forest skinks is that they can’t say for sure what caused their rapid downfall. The forest skinks are an ancient group of species, evolving more than 5m years ago. They lived on Christmas Island for tens, if not hundreds of thousands of years. And yet they declined from abundance to extinction in mere decades. By 2003, they could only be found in select, niche locations on the island, which measures just 135 sq km (52 sq miles).

It was probably a confluence of factors. About a quarter to a third of the island was cleared in the 20th century for phosphate mining, disrupting the island’s ecology in ways that are still not fully understood. Another problem was all the non-native species that were introduced to the island. Insects such as crazy ants competed with the skinks for food. Wolf snakes, feral cats and giant centipedes all preyed on the reptiles. Forest skinks, which had lived with very few natural predators on their isolated island for so long, could not withstand these pressures from all sides.

By 2008, researchers could only find the forest skink at one site. The skinks’ decline was happening so quickly that biologists felt a kind of whiplash. They still knew so little about these reptiles, and yet they were already vanishing. Amid a sense of great urgency, in 2009 they sought to capture as many forest skinks as they could for a breeding program. But it was too late. There were too few of the highly evasive, shy creatures. In the end, they caught just three, all female, including Gump.

The trio lived in a cage for a couple of years, until two of them, in an unfortunate mishap, escaped from their cage and died. Just Gump remained. Conservation scientists hoped that they would find a male for Gump to mate with to keep the species alive. But though they scoured the rugged terrain of Christmas Island, examining limestone boulders and combing through the forest, no forest skink had been seen in the wilderness since 2010, at the end of those initial capture efforts.

Gump lived for another few lonely, quiet years. Looking at Gump and her solitary existence “gives you a really odd feeling”, says John Woinarski, a conservation biologist at Australia’s Charles Darwin University who lived on Christmas Island for two years to study endangered species such as the skinks. “You’re looking at that last individual, knowing that when the individual will die, as it inevitably would, that it would be the end of that long evolutionary history … It’s a scar on our conscience.”

Gump succumbed in May 2014, just four months after Australian legislation finally listed the Christmas Island forest skink as endangered. The International Union for Conservation of Nature declared the species officially extinct in 2017.

Even if they hadn’t dwindled so quickly, Gump and her kindred forest skinks would have been conservation underdogs. Big, coordinated conservation efforts tend to rally around charismatic species first. “It’s a human bias and we shouldn’t be showing it – all of these species have a right to exist,” Woinarski says.

The forest skink disappeared soundlessly – its extinction as quiet as its day-to-day life.

Extinction Obituaries is a series of memorials to species that have been lost in living memory, published as the planet undergoes its sixth mass extinction, and based on the authoritative records of the International Union for Conservation of Nature

What to expect from the world's sixth mass extinction

How climate change is melting the Alps’ glaciers – in pictures