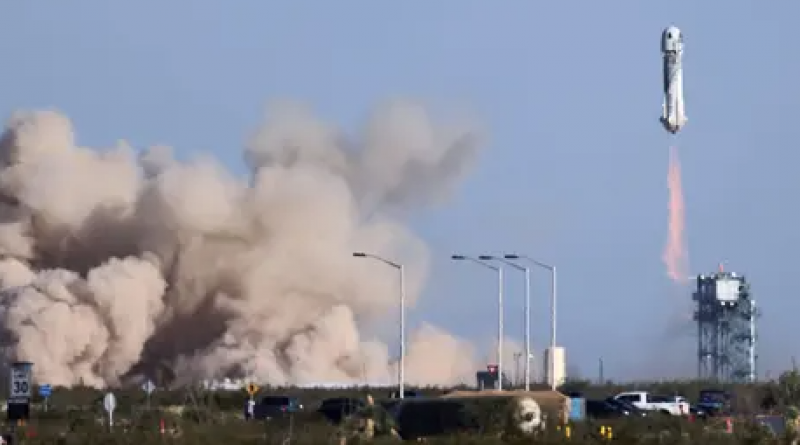 The carbon dioxide emissions of the richest 1% of humanity are on track to be 30 times greater than what is compatible with keeping global heating below 1.5C, new research warns, as scientists urge governments to “constrain luxury carbon consumption” of private jets, megayachts and space travel.

In keeping with the Paris climate goals, every person on Earth needs to reduce their CO2 emissions to an average of 2.3 tonnes by 2030, about half the average of today.

The richest 1% – which is a population smaller than Germany – are on track to be releasing 70 tonnes of CO2 per person a year if current consumption continues, according to the study. In total they will account for 16% of total emissions by 2030, up from 13% of emissions in 1990. Meanwhile, the poorest 50% will be releasing an average of one tonne of CO2 annually.

“A tiny elite appear to have a free pass to pollute,” said Nafkote Dabi, climate policy lead at Oxfam, which commissioned the study by the Institute for European Environmental Policy (IEEP) and the Stockholm Environment Institute (SEI). “Their oversized emissions are fuelling extreme weather around the world and jeopardising the international goal of limiting global heating,” she said.

The research comes as global leaders gather in Cop26 to discuss ways to curb emissions and keep the 1.5C target on the table, with a number of delegates arriving at the climate conference by private jet, including Boris Johnson, Prince Charles and Jeff Bezos. The charity is urging the richest citizens to speed up action on global heating by cutting their own CO2 emissions in line with Paris targets, and using their influence and financial backing to drive a green economy.

Jamie Livingstone, the head of Oxfam Scotland, said Cop26 was a “moment of truth in the fight against climate change”. He said: “Global leaders must agree ways to curb excessive emissions and limit global heating and they must do it here and now in Glasgow. Delay costs lives.”

Earlier this year Bezos went to space in his New Shepard rocket, Sir Richard Branson went to the edge of space in his Virgin Galactic Rocket and Elon Musk’s company promises to take humans to Mars. The emissions from a single 11-minute space flight amount to at least 75 tonnes, which would exceed the lifetime emissions of one of the poorest billion people on Earth.

The paper shows that the fight to keep 1.5C within reach is not being hampered by the consumption of most people on the planet, but by the excessive emissions of the world’s richest citizens, said Tim Gore, author of the briefing and head of the low-CO2 and circular economy programme at the IEEP.

Even the total emissions produced by the richest 10% could be sufficient to exceed the amount allocated for keeping within the 1.5C targets by 2030 – regardless of what the other 90% of the population does.

Gore said: “To close the emissions gap by 2030, it is necessary for governments to target measures at their richest, highest emitters – the climate and inequality crises should be tackled together. That includes both measures to constrain luxury carbon consumption like megayachts, private jets and space travel, and to curb climate-intensive investments like stock-holdings in fossil fuel industries.”