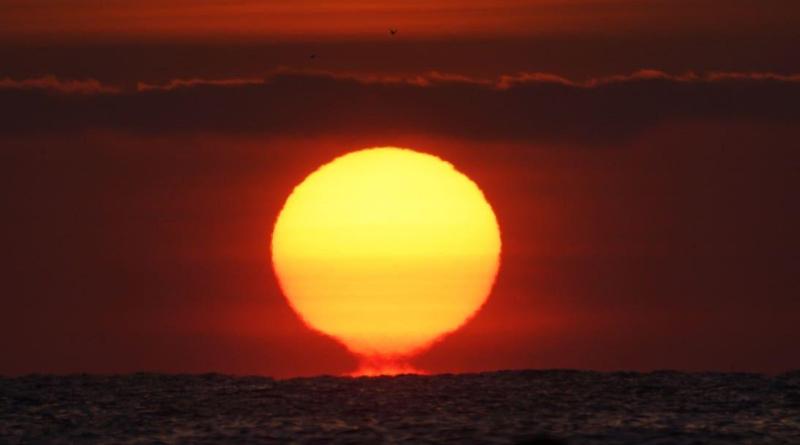 The World Meteorological Organisation has warned the world faces a 50:50 chance of exceeding 1.5°C of warming within the next five years, albeit temporarily, and has pleaded for rapid cuts in greenhouse gas emissions.

The warning has been issued in a new analysis published by the Met Office, the United Kingdom’s main weather agency and which leads the WMO’s work on preparing climate predictions, published on Tuesday.

Underpinning the prospect of new temperature extremes, the WMO said there was a 93 per cent chance that a new record for global annual temperature increase would be set within the next five years, surpassing the record set in 2016.

In 2016, the WMO confirmed that global temperatures were already 1.1°C warmer than the pre-industrial period, and additional greenhouse gas emissions would contribute to further warming.

The prospect of exceeding 1.5°C of global warming within the next few years underscores the genuine risk that the Paris Agreement’s goal to limit warming below this level will be unachievable, leading to further climate-change fuelled extreme weather events.

“This study shows – with a high level of scientific skill – that we are getting measurably closer to temporarily reaching the lower target of the Paris Agreement on Climate Change.”

“The 1.5°C figure is not some random statistic. It is rather an indicator of the point at which climate impacts will become increasingly harmful for people and indeed the entire planet,” Taalas added.

“Back-to-back La Niña events at the start and end of 2021 had a cooling effect on global temperatures, but this is only temporary and does not reverse the long-term global warming trend,” the WMO said in a statement.

“Any development of an El Niño event would immediately fuel temperatures, as it did in 2016, which is until now the warmest year on record.”

The WMO noted that the long-term underlying warming trend remained clear, despite year-to-year variation in the observed temperature anomalies.

“Our latest climate predictions show that continued global temperature rise will continue, with an even chance that one of the years between 2022 and 2026 will exceed 1.5 °C above pre-industrial levels,” Dr Leon Hermann of the UK’s Met Office said.

“A single year of exceedance above 1.5 °C does not mean we have breached the iconic threshold of the Paris Agreement, but it does reveal that we are edging ever closer to a situation where 1.5 °C could be exceeded for an extended period.”

Responding to the WMO report, lecturer in climate science at the University of Melbourne, Dr Andrew King, said a failure to reduce greenhouse gas emissions would lead to further warming and increasingly extreme weather events.

“This update highlights how fast we are warming the planet. It’s only six and a half years since the Paris Agreement was adopted and we’re already seeing forecasts that we may experience brief exceedance of the 1.5°C global warming limit in the near future,” King said.

“While the Paris Agreement is about keeping global warming well below 2°C and preferably below 1.5°C in the long-term, the possibility of surpassing the 1.5°C threshold, even if only for a year, is worrying.”

“Our greenhouse gas emissions are still at near-record highs and until we get emissions down to net-zero we’re going to continue to see global warming. Rapid and drastic emissions reductions are needed urgently if we are to have any chance of sticking to the Paris Agreement.”

“If we fail to take that action, we will have much worse heatwaves and bushfire conditions as well as coral reefs that have been decimated beyond recognition,” King added.