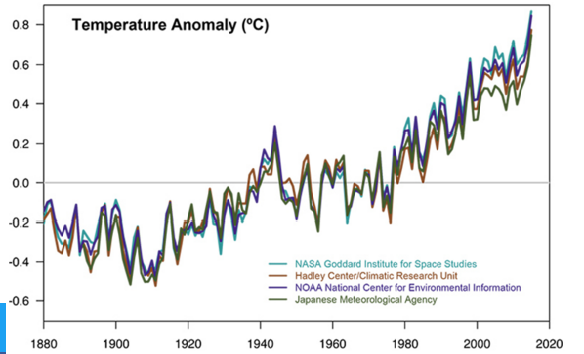 It is a common assumption now that climate change is increasingly threatening the planet. According to scientists, the Arctic melts and there is no return. Climate change impacts daily  weather phenomena, aggravating them, and aggravating the impact on human species. For example, climate change has increased Hurricane Harvey's rainfall by 15%, and many extreme weather events would not happen without anthropogenic global warming. Moreover WHO says that climate change causes also a major public health problem on the planet, for example a large flood has the effect of spreading transmissible diseases to areas that are already affected.