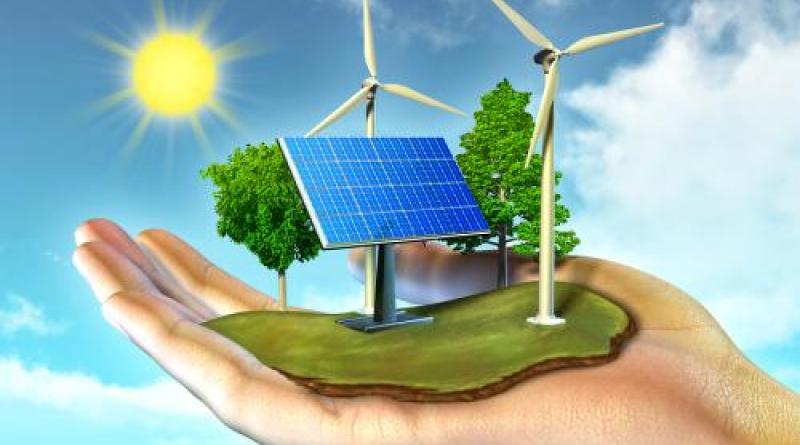 Renewable energy is the fastest growing energy source in the United States, and its development is expected to continue the growth trajectorywell into 2020 and beyond. The outlook is bright, but utility companies looking to develop renewable energy can also expect 2020 to be a year of significant changes and challenges. This post is the first in our three-part series covering the renewable energy outlook for 2020 and introducing several key issues on the horizon and trends that we’ve observed.

Because certain federal tax incentives for renewable energy development are due to sunset, most of the tax incentives or credits for projects will have to come from state and local governments. With this decrease in incentives, utility companies seeking to add to and diversify their energy portfolio may wish to site a renewable energy project at contaminated properties, retired power plants, or landfills, which may, depending on the site, lower project costs and timelines. We’ve also seen that garnering the support of local governments and local opposition within the communities surrounding proposed projects is proving to be very important to ensuring the success of a project.

The most significant impact to the renewable energy market in 2020 is the expiration of federal tax incentives, because it changes the landscape of financing projects. Congress previously offered an assortment of tax incentives benefiting developers who wanted to use renewable energy technology – specifically for wind and solar energy.

The production tax credit (PTC) for wind energy, which provides $0.023 for every kWh produced, expires at the end of 2019. The PTC is available for projects that break ground before the end of the year and are completed within four years. The solar investment tax credit (ITC), which is currently at 30 percent for commercial investors, will fall to 26 percent for facilities that begin construction in 2020 and 22 percent for those facilities beginning construction in 2021. It will then plateau – possibly permanently – at 10 percent in 2022.

Last month, Democrats in the U.S. House of Representatives releaseddraft legislation that would extend and expand tax incentives for renewable energy, including the PTC and the ITC. However, it is not likely the bill or any of its individual measures will pass the Senate any time in the near future. The bottom line is that utility company developers will have to find additional sources of financing, including equity, to replace financing based on tax credits.

Siting renewable energy projects at Superfund sites, retired power plants, brownfields, and landfills is one alternative for utilities to consider to decrease project costs. Depending on the specific site and status of cleanup, we’ve observed that costs to develop renewable energy may be lower at brownfields because the properties already have infrastructure for construction and energy transmission, which the developers would otherwise need to construct. In addition, the timeline for permitting and zoning approvals can be shorter, because brownfields may be zoned for industrial or commercial use based on their historical use. Fewer obstacles faced often means lower project development costs and shorter permitting timelines. It is also important to determine whether other federal tax incentives are available for a project, such as incentives to develop renewable energy sources in low-income communities and on contaminated properties. We’ve also seen that some projects may qualify for construction tax incentives, which exempt or reduce sales and use taxes for building materials used for projects to be sited in qualifying areas.

Many states have adopted robust Renewable Portfolio Standards that set ambitious goals for the statewide procurement of renewable energy. In addition to Renewable Portfolio Standards, many states and cities, like New York and New York City, have adopted carbon reduction goals, which, when paired with tax incentives, are expected to drive investment in renewable energy and may lead to higher efficiency and use of grid-edge technology like storage and electric vehicles.

Utilities may also be able to finance their projects by turning to state and local tax incentives.  For instance, Chicago is working toward powering all of its municipal buildings with 100 percent renewable energy by 2035 (Resolution R2019-157), so there may be additional investor interest for area projects on the horizon. In addition, local governments often offer incentives to enhance business development projects that create jobs and revitalize economically depressed areas.