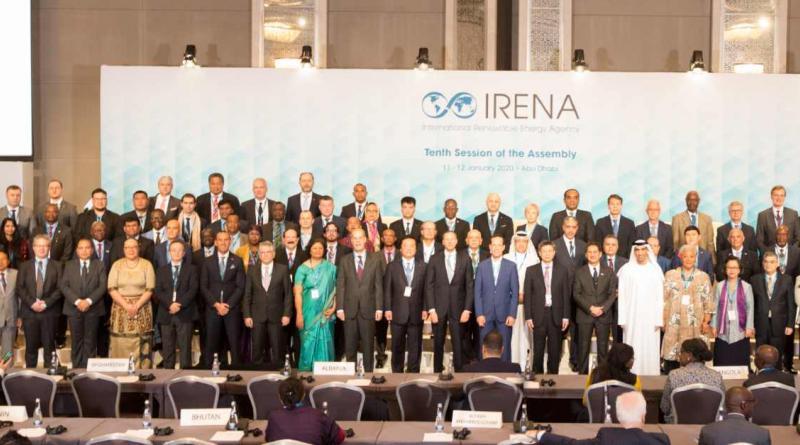 Abu Dhabi, United Arab Emirates — The 10th Assembly of the International Renewable Energy Agency (IRENA) got underway this morning, bringing together decision makers from 150 countries. In total, more than 1,500 delegates will participate in the meeting held annually by the world’s lead intergovernmental organisation for the energy transformation.

The 10th Assembly represents a curtain-raiser to a decade in which the world must achieve the Sustainable Development Goals (SDGs) established by the United Nations and adopt a climate safe energy path. Renewable energy is recognised as playing a central role in the achievement of several goals including energy access (SDG 7), climate safety (SDG 13), sustainable economic growth (SDG 8) and sustainable cities (SDG 11). A report published yesterday by IRENA found that jobs in renewables could reach 40 million by 2050 under a climate-safe energy scenario.

In opening remarks addressing his first Assembly, IRENA Director-General Francesco La Camera, said: “We have ten years left to fulfil the commitment set out in the 2030 Agenda for Sustainable Development. This period will also be decisive for the ability to hold the line on rising global temperatures. Transitioning to clean energy systems is at the heart of these global agendas. And renewable energy increasingly plays a major role in national development and climate strategies.”

He continued: “We have renewable energy at our disposal today to make the future more predictable, more prosperous, more inclusive, and more secure. But it is now that we need to make the right decisions, so that the benefits of accelerated deployment can unfold worldwide.  We enter the next decade with confidence because of your support and active engagement.”

He concluded: “United behind IRENA’s mission, we are setting the stage for success.”