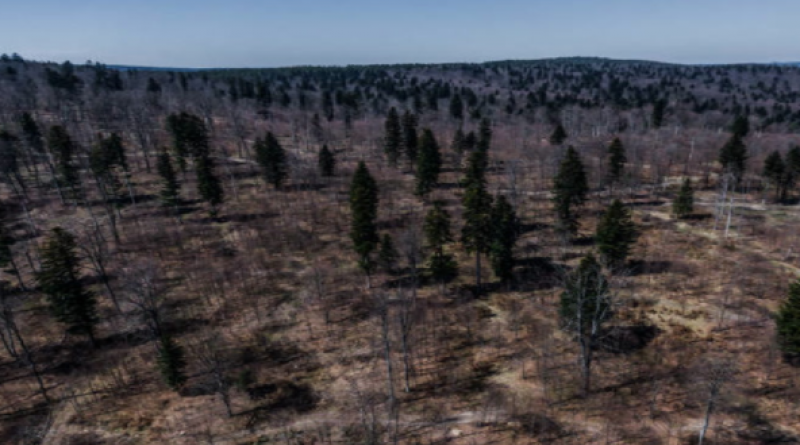 The ivory-billed woodpecker had its last definitive sighting in Louisiana in 1944.

The extinctions of 22 animals and one plant are to be announced on Wednesday by US federal wildlife officials.

Among those being removed from the endangered species list are the ivory-billed woodpecker, which had its last definitive sighting in Louisiana in 1944, the yellow-breasted Bachman’s warbler and the Kauai O’o, a bird native to Hawaii.

In all, 11 birds, eight freshwater mussels in the Southeast, two kinds of fish, a bat from Guam and a flower from Hawai’i will be declared extinct.

They will join another 650 US species likely lost to extinction.

The conservation non-profit, Center for Biological Diversity (CBD), said in a statement that the US Fish and Wildlife Service (USFWS) has been “exceedingly slow to protect species”.

A 2016 study found that species waited more than a decade on average to receive protections.

CBD says that several species on today’s list went extinct during a delay in the listing process, including the Guam broadbill, little Mariana fruit bat, and the southern acornshell, stirrupshell and upland combshell mussels.

The organisation claims that at least 47 species have gone extinct waiting for protection.

“We’re at risk of losing hundreds more species because of a lack of urgency,” said Tierra Curry, a senior scientist at the Center for Biological Diversity.

“The Endangered Species Act is the most powerful tool we have to end extinction, but the sad reality is that listing still comes too late for most species.

“The US Fish and Wildlife Service badly needs to reform its process for protecting species to avoid further extinctions, and it needs the funding to do so. We can’t let bureaucratic delays cause more extinctions.”

US FWS noted that the Endangered Species Act of 1973 is intended to protect and recover imperiled species and the ecosystems upon which they depend. But ESA protections came too late for the species proposed in Wednesday’s delisting, the agency noted.

“With climate change and natural area loss pushing more and more species to the brink, now is the time to lift up proactive, collaborative, and innovative efforts to save America’s wildlife,” said Interior Secretary Deb Haaland.

The announcements come after many decades of searching for the species by scientists, conservationists and enthusiasts. From Thursday, the public will have a chance to provide any more information they may have on the species before the final extinction ruling is made in 60 days time.

A landmark United Nations report in 2019 found that nature is declining at rates unprecedented in human history – and the rate of species extinctions around the world is accelerating.

Up to one million plant and animal species face extinction, many within the coming decades, due to activities like farming, mining, logging and urban expansion which can lead to habitat loss and the introduction of invasive species and disease.

The impacts of the human-driven climate crisis is also causing profound changes to ecosystems and the balance of biodiversity.

An initiative to restore 30 per cent of lands and waters by 2030 aims to stem the extinction crisis by enhancing wildlife habitat and improving biodiversity.

Extinctions by State or Territory

Hawai‘i: Eight birds and one flower

Almost a Quarter of All Freshwater Fish Species Are in Peril, Thanks to Humans.