30 of the World's largest & most influential cities have peaked greenhouse gas emissions. 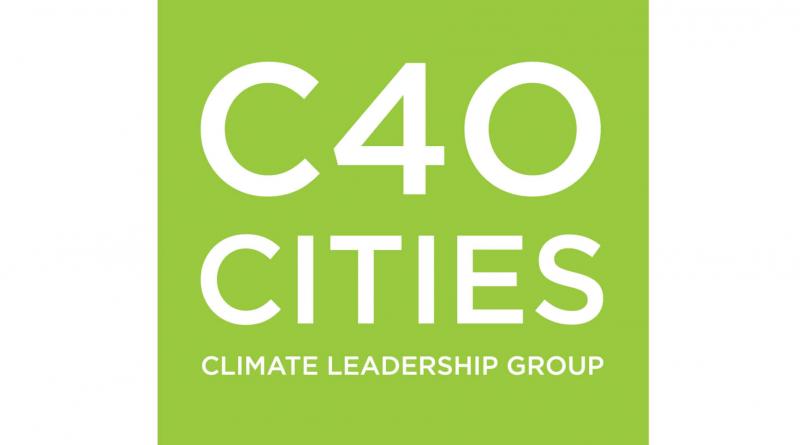 Copenhagen, Denmark (October 8, 2019) - Austin, Athens, Lisbon, and Venice are the latest major cities to have peaked their greenhouse gas emissions. The world’s leading scientists have calculated that global greenhouse gas emissions must peak by 2020 in order to limit global temperature rise to 1.5°C. New analysis published ahead of the C40 World Mayors Summit confirms that 30 of the world’s largest cities, representing more than 58 million urban citizens, have now reached this crucial milestone.

The fact that 30 of the world’s largest and most influential cities have already peaked greenhouse gas emissions demonstrates that a rapid, equitable low-carbon transition is possible, and is already well underway. C40 analysis shows that, since reaching peak emissions levels, these 30 cities have reduced greenhouse gas emissions by an average of 22 percent. Copenhagen, the host city for this year’s C40 World Mayors Summit, has reduced emissions by up to 61 percent.

As of today, half of all C40 cities have already reached peak emissions, are projected to achieve peak emissions by 2020, or have made concrete commitments to meet this ambitious goal. Though global emissions are still rising, cities are leading the charge to meet the critical targets the whole world now needs to achieve.

Mayors recognize the wide-ranging social, economic, and environmental benefits of climate action, and for the past decade, C40 cities around the world have been accelerating action needed to create healthier, cleaner, and more prosperous communities. A few notable examples of the progress cities have accomplished over the past 10 years include:

”The C40 cities that have reached peak emissions are raising the bar for climate ambition, and at the same time, exemplifying how climate action creates healthier, more equitable and resilient communities.” said Mark Watts, Executive Director of C40 Cities. “But this is nothing to win medals for - emissions across the whole world need to stop rising and start falling within the next year, if we are to keep global heating below 1.5 degrees. With the vast amount of expertise and resources now available through the C40 Knowledge Hub, we’re going to see even more cities accelerating their climate action to limit global heating and deliver the future we want.”

As an organization, C40 plays an important role in helping mayors and city officials access critical data and resources to determine the best courses for climate action. C40’s Deadline 2020 program has been vital to cities’ work in developing and  implementing ambitious climate action plans in line with science-based targets.

As a next step in providing cities with the knowledge and cutting-edge tools necessary to drive large-scale climate action, C40 announced the launch of the C40 Knowledge Hub, an online platform bringing together insights, practical experiences, and tested approaches from cities ahead of the climate action curve. The C40 Knowledge Hub will allow global cities at every stage of their climate commitments to access policy briefs, technical guidance, the latest data and research, and a bank of case studies to catalyze action at greater speed and scale.

The launch of the C40 Knowledge Hub is a first-of-its-kind endeavour, marking the first time that knowledge from leading cities has been brought together under one roof for the purpose of informing and inspiring policies in other localities. It also underscores the important role that knowledge-sharing and collaboration plays in raising climate ambition and accelerating action. 30 percent of all urban actions to address global climate change has involved direct cooperation with other cities.

Cities are invited to register for the site - please visit www.C40knowledgehub.org to start using the suite of global practical tools and policy briefs for accelerating climate actions, and to contribute to the network of city peer-to-peer knowledge exchange.

Single-use plastics restrictions/ban: To be included, must be in implementation by the city government and go above and beyond any other regulation that apply to the city from state/federal levels (ie India's national plastic bag bans are not counted). 'Restriction' is defined as not generally allowing the use of a particular kind of material or items, even if exceptions exist, either through direct legal prohibitions or financial disincentive (e.g. plastic bag charge). Cities that have set bans or restrictions for government buildings (e.g. city hall) only are not included.

Restrictions on high-polluting vehicles: Includes cities that have a year-round prohibition rather than a seasonal or emergency restriction; includes restrictions based on age/emissions of vehicle; excludes odd/even number-plate bans.

Around the world, C40 Cities connects 94 of the world’s greatest cities to take bold climate action, leading the way towards a healthier and more sustainable future. Representing 700+ million citizens and one quarter of the global economy, mayors of the C40 cities are committed to delivering on the most ambitious goals of the Paris Agreement at the local level, as well as to cleaning the air we breathe. The current chair of C40 is Mayor of Paris Anne Hidalgo; and three-term Mayor of New York City Michael R. Bloomberg serves as President of the Board. C40’s work is made possible by our three strategic funders: Bloomberg Philanthropies, Children’s Investment Fund Foundation (CIFF), and Realdania.

Mayors of Copenhagen, Oslo and Stockholm Commit to Clean Construction.