60% of fish species could be unable to survive in current areas by 2100 – study. 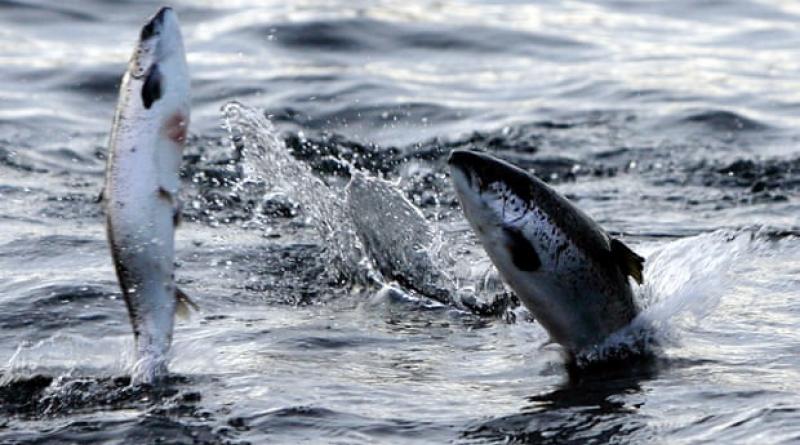 Sixty per cent of studied fish species will be unable to survive in their current ranges by 2100 if climate warming reaches a worst-case scenario of 4-5C (7.2-9F) above pre-industrial temperatures, researchers have found.

“A 1.5C increase is already a challenge to some, and if we let global warming persist, it can get much worse,” said Hans-Otto Pörtner, a climatologist who co-authored the study published in the journal Science.

The world is already more than 1C hotter than before industrialization, and it is on track to be about 3C hotter.

In the best-case scenario the authors considered – where the climate heats a total of 1.5C – only 10% of the surveyed species would be at risk in the next 80 years.

That scenario still puts fish which are also economically and ecologically important at risk, including Atlantic cod, swordfish, Pacific salmon, Alaska pollock and Pacific cod, which is used to produce frozen fish sticks.

Study co-author Flemming Dahlke said it was challenging to assess the impact of a 10% loss in species because a single species can be critical to the overall ecosystem.

“Consider the North Sea, where we will expect to see by the end of the century that the temperature will get too high for Atlantic cod to reproduce in that area. If this one species is pushed out of the system, this has a large impact on the ecosystem itself and all the processes and interactions with species because it’s an important predator,” Dahlke said.

The study specifically considered how vulnerable to temperature changes different species are in early life stages.

As temperatures increase, fish use more energy and require more oxygen. But with the heat, there is less oxygen available. Those circumstances are particularly hard on embryos – which cannot regulate their oxygen levels well – and spawning fish, which need extra oxygen to produce offspring.

Some fish species are more adaptable. Ocean species can move to cooler areas, if they are available. But freshwater fish are geographically constrained by their river or lake.

Dahlke noted this assessment was conservative – it does not take into account other climate crisis factors that could affect marine life, like ocean acidification, that could amplify the effects on sensitive populations.

“Some tropical fish are already living in zones at their uppermost tolerance, their areas are already 40C,” Pörtner said. “Humankind is pushing the planet outside of a comfortable temperature range and we are starting to lose suitable habitat. It’s worth investing in the 1.5C goal.”