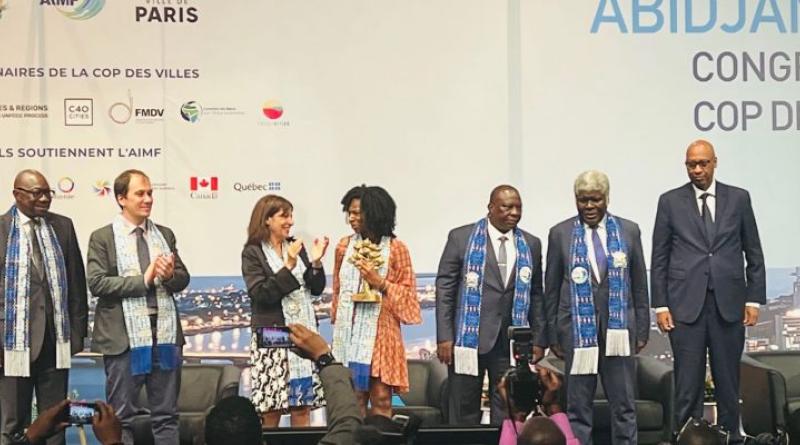 While the effects of climate change are hitting Africa's ecosystems hard, the continent's metropolises were in conclave in Abidjan, Ivory Coast, to discuss resilience mechanisms. The event was organized by the International Association of Francophone Mayors (AIMF) ahead of COP27, which will be held in Sharm el-Sheikh, Egypt, in November 2022.

“Acting with cities for the climate” is the theme chosen for the first edition of the COP of cities held on July 1, 2022 in Abidjan in Ivory Coast. The meeting organized on the sidelines of the 49th General Assembly of the International Association of Francophone Mayors (AIMF) brought together a hundred local elected officials from Europe, North America and Africa.

Between droughts, floods and pollution, the local authorities discussed the mechanisms necessary for their climate resilience. “This meeting is being held at a time when Abidjan has been experiencing deadly floods for the past ten days, as a result of torrential rains that fall almost every night on the city. This is perhaps proof that things are getting worse and that we need to become aware and change,” explains Bruno Koné, the Ivorian Minister of Construction, Housing and Urban Development.

The use of climate finance

Although Africa is responsible for only 4% of global greenhouse gas (GHG) emissions, the World Bank indicates that the continent will have more than one billion inhabitants in urban areas by 2050. For the municipalities of Paris, Abidjan, Niamey and Montreal, one of the ways to meet the related climate challenge remains investments in renewable energy (wind and solar), but also the support of banks to facilitate direct access to financing for climate projects.

“We have seen that the mechanism of the habitat, the refrigerator, the air conditioner weighs on at least 30 to 40% of the production of greenhouse gases. The second element is transportation, which represents about 10 to 15%. The third element is waste, which also accounts for 10 to 15%. We envisage that the financing of all urban infrastructure is based on long-term repayment periods of 25 to 30 years and with consensual interest rates to protect the population,” pleads Robert Beugré Mambé, Secretary General of the International Association of Francophone Mayors (AIMF).

AFRICA: 10 start-ups run for the second phase of the Afri-Plastics competition