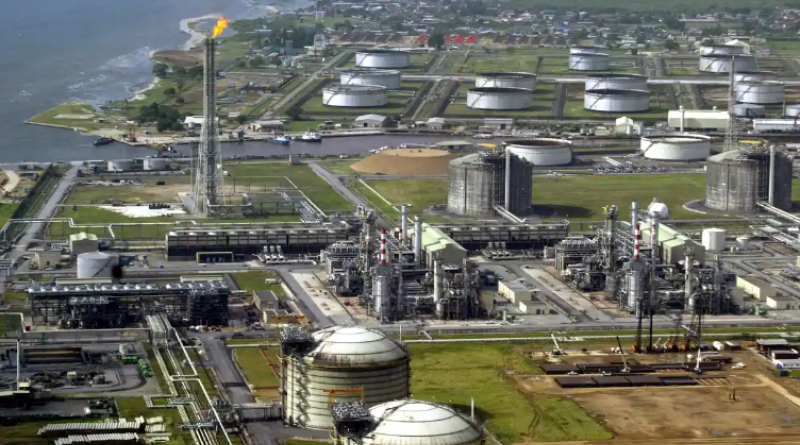 Leaders of African countries are likely to use the next UN climate summit in November to push for massive new investment in fossil fuels in Africa, according to documents seen by the Guardian.

New exploration for gas, and the exploitation of Africa’s vast reserves of oil, would make it close to impossible for the world to limit global heating to 1.5C above pre-industrial levels.

However, soaring gas prices have made the prospect of African supplies even more attractive, and developed countries, including EU members, have indicated they would support such developments in the current gas shortage.

The Guardian has seen a technical document prepared by the African Union, comprising most of Africa’s states, for the “second extraordinary session of the specialised technical committee on transport, transcontinental and interregional infrastructure and energy committee”, a meeting of energy ministers that took place by video conference from 14 to 16 June.

The five-page document, and accompanying 25-page explanation, indicates that many African countries favour a common position that would inform their negotiating stance at the Cop27 UN climate summit, scheduled for this November in Egypt, which would entail pushing for an expansion of fossil fuel production across the continent.

The document states: “In the short to medium term, fossil fuels, especially natural gas will have to play a crucial role in expanding modern energy access in addition to accelerating the uptake of renewables.”

Member states of the African Union will meet again, in Addis Ababa, this week to confirm the stance to be taken. They are expected to argue that Africa must be allowed to benefit from its fossil fuel reserves, as rich countries already have done, and that developed countries by contrast must take the lead on sharp cuts to their emissions.

However, environmental campaigners from across the continent fear that the exploitation of gas and oil in Africa would bust global climate targets, prevent the development of renewable energy in Africa, and instead of being used for the benefit of ordinary people, would enrich multinational corporations, investors and the elite in some countries.

Mohamed Adow, the director of the thinktank Power Shift Africa, said it would be a mistake for Africa to opt for fossil fuels instead of moving straight to renewable energy. “Africa is blessed with abundant renewable energy, in sun and wind. Africa should not be shackled to expensive fossil fuels for decades,” he said.

Lorraine Chiponda, the coordinator of the Africa Coal Network, said: “The prospect that African leaders are presenting and pushing for gas developments and investment is overwhelming and reckless given the climate impacts that threaten the lives of millions of people in Africa having seen worsening droughts and hunger, recurring floods and cyclones. Fossil fuel projects have neither solved energy poverty in Africa where 600 million people still live in energy poverty nor brought any socio-economic justice to African people.”

The International Energy Agency warned last year that no new fossil fuel developments could take place if the world was to stay within 1.5C of pre-industrial levels. Recent extreme weather, including heatwaves and wildfires in Europe and North America, has intensified fears that the climate crisis is progressing faster than had been anticipated.

African countries are also expected to be among the most damaged by the impacts of the climate crisis. Drought is already afflicting a large swathe of the Horn of Africa at present, and millions of people are “marching toward starvation”, the World Food Programme has warned.

But the soaring price of gas, driven by war in Ukraine and the recovery from the Covid pandemic, has spurred many countries to see a potential bonanza in the unexploited reserves remaining in Africa. Research by the Guardian earlier this year revealed scores of “carbon bombs” – fossil fuel reserves that if exploited could put the global climate targets well out of reach.

“Calling for more and new exploitation of fossil fuels in Africa is driven by the same hungry countries who only see Africa as a goldmine,” she said.

Gas in Africa is set to become of the flashpoints of the Cop27 climate talks. The EU has indicated it would support the production of gas in Africa, as it urgently seeks new sources of gas following Vladimir Putin’s invasion of Ukraine and subsequent threats to gas exports from Russia.

Mary Robinson, the chair of the Elders group of former statespeople and high-ranking business leaders, has also weighed in on the issue, controversially telling the Guardian earlier this year that African countries must be allowed to use their gas, though she insists it must be for domestic use, for electricity and as a clean cooking fuel, rather than being exported to the EU.

About 580 million people in Africa still lack access to electricity and modern energy.

The Guardian has approached the African Union for comment.