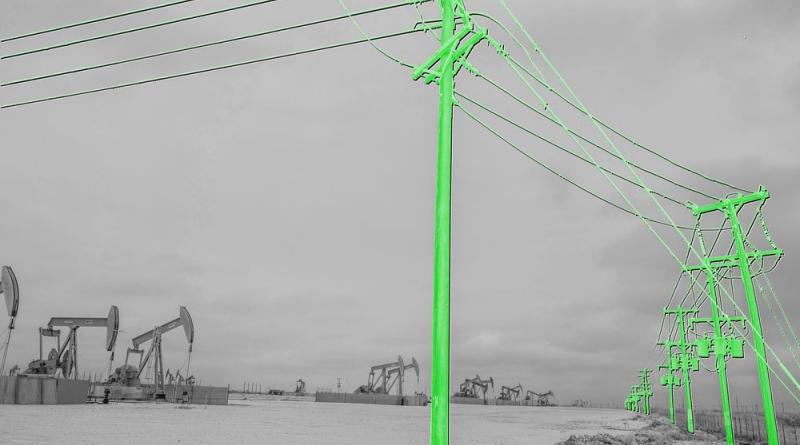 Preventing the next energy nightmare and curbing America’s carbon emissions will require spending billions to remake the nation’s grids.

The millions of people who struggled to keep warm in Texas, with blackouts crippling life inside a dominant energy hub, have laid bare the desperate state of U.S. electricity grids. To fix nationwide vulnerabilities, President Joe Biden will have to completely reimagine the American way of producing and transmitting electricity.

Biden wants to overhaul the nation’s grids so they derive all electricity from carbon-free sources by 2035—a major step toward zeroing out net emissions of greenhouse gases by mid-century. Realizing that goal will require building billions of dollars worth of new transmission lines, a challenge that might prove just as difficult as getting his climate agenda through Congress.

The existing network just isn’t sufficient to achieve the scale of wind and solar power that Biden needs, says Jesse Jenkins, an assistant professor at Princeton University. Getting to a fully green grid “would require a new nation-building mode like we haven’t seen since probably the post-war period, when we built the highways and did rural electrification.” He estimates that the U.S. needs to expand its transmission grid by as much as 60% for wind and solar to make up half of U.S. electricity capacity by 2030.

Switching to renewables and electrifying vehicles will require rethinking many of the assumptions that underpin the existing grid system. For much of its industrial life, the U.S. relied on power plants in or near the communities they served. If more power was needed, monopolistic utilities were ready to add it by burning more coal or natural gas. A clean grid will probably be more decentralized, powered in part by smaller renewables facilities including rooftop solar as well as batteries. It will also have to be smarter and more flexible.

While Texas built new transmission lines that support renewable energy, its continued reliance on fossil fuels failed the state this month. The cold snap triggered shutdowns at some plants fired by coal and gas that weren’t designed to withstand such extreme temperatures. Some wind turbines also stopped spinning.  The state’s grid is largely isolated from the rest of the U.S., in part for political reasons, and operators unable to call on neighbors for help were forced to implement blackouts.

Biden’s push for more resilient grids equipped to handle clean energy could help in extreme weather, though choosing to rely heavily on the intermittent power produced by solar and wind farms would bring its own complications.

Some of the most robust solar and wind resources are trapped in corners of the desert or the Plains, or located offshore, far from the cities. To connect those projects to the grids, the country will need new transmission lines—complicated projects that have proven to be bureaucratic nightmares and far more tedious to develop than clean-power plants.

There’s already a large backlog of proposed wind and solar projects waiting to be hooked up to grids. More than 230 gigawatts of wind capacity was seeking transmission interconnection at the end of 2018, according to the Energy Department’s Office of Energy Efficiency & Renewable Energy.

Solar panels and wind turbines only generate electricity when the sun shines and the wind blows. Excess power can be stored in batteries. While batteries are becoming cheaper as demand grows, they’re still expensive and haven’t been tested on a large scale on the grid.

“The grid wasn’t built for 100% renewable energy,” says Michael Skelly, a senior adviser at Lazard Ltd. who spent much of the last decade running a company focused on developing long-distance power lines. The work is painstaking, and builders have come to expect federal, regional or local snags, especially for projects that cross state lines.  “It’s not a secret that this is difficult,” Skelly says, though he thinks the task may be easier today. “The world is even more partisan, but on the other hand there’s a greater understanding of the need to do it.”

Upgrading transmission architecture is a task facing many economies that have set net-zero goals. Germany’s green-power "autobahn"—four high-voltage power lines connecting wind and solar projects in the north with industrial centers in the south—has been beset by severe delays and climbing costs, with a plan late last year estimating it will cost 95 billion euros ($115 billion). China last year completed a 22.6 billion yuan ($3.5 billion) ultra-high voltage line that will carry only clean energy.

Europe has developed some of the best transmission infrastructure in the world, successfully connecting grids in different countries to provide energy security and boost renewable power use. Spare wind power from Denmark can feed into Sweden and excess nuclear power from Belgium can go to the U.K. “When you’re thinking about renewables, there is an inherent benefit for the grid to be linked across a very wide geographic area,” says Andreas Gandolfo, head of European power transition at clean energy research group BloombergNEF.

Grid improvements needed in the U.S. to accommodate a cleaner future could cost as much as $90 billion by 2030, according to a 2019 study commissioned by WIRES, a trade group that advocates for more construction of high-voltage transmission. The full price tag by 2050 could reach $690 billion. A recent study by the University of California, Berkeley's Goldman School of Public Policy, meanwhile, found that reaching 90% carbon-free electricity by 2035 could be feasible and economic by significantly increasing solar, wind and batteries.

Before the Texas electricity fiasco, a heat wave across California last year caused a spike in energy demand as residents cranked up air conditioners, which contributed to rolling blackouts. Both events showed the fragility of U.S. grids in the face of climate change and extreme weather, and ignited debate over the reliability of wind and solar compared to fossil fuels.

In some ways the paradigm has shifted beyond that. Many utilities have committed to reaching net-zero by 2050 with renewable energy now mainstream and as consensus grows globally that more has to be done to slow global warming. Xcel Energy, which provides energy across eight states, said on Monday that it cut company-wide carbon emissions 12% last year from 2019 levels. But by 2023, many of the easy-to-build renewables projects near existing transmission lines could be completed. “From there, it’s off the beaten path,” says Michael Weinstein, an equity analyst at Credit Suisse Group AG.

One way the White House could speed progress on the grid overhaul is by promoting “better agency coordination” between the Energy Department and the Federal Energy Regulatory Commission, says Jon Wellinghoff, a former FERC head. The Energy Department “has significant authority” over transmission and establishing national corridors, which it could delegate to the FERC—an agency that has expertise with infrastructure, pipelines and liquefied natural gas facilities.

The FERC’s current head Richard Glick said this month that it might be more economical to look at projects more holistically — for example, building a hub-and-spoke model to gather offshore wind to central points, then dispersing it from there — than building many lines from individual projects. The agency is also seeking to create more incentives for transmission builders to encourage them to embrace new technology and upgrade existing lines.

It will be very hard to boost renewable capacity without a major infrastructure push, says Mike Garland, chief executive officer of Pattern Energy. His company is one of the biggest American clean energy developers, and just began building the 150-mile Western Spirit Transmission line in New Mexico to carry wind power.

This article is part of Bloomberg Green’s Carbon Benchmarks series, which analyzes how countries plan to reach net-zero emissions. Click here to get e-mail alerts when new stories are published.

Damages from winter storm in Texas could approach $50 billion.