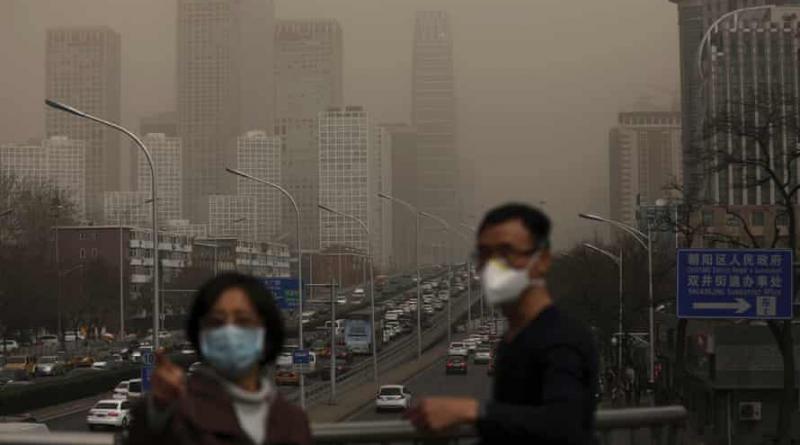 Call for world leaders to act in wake of French extradition case that turned on environmental concerns.

Air pollution does not respect national boundaries and environmental degradation will lead to mass migration in the future, said a leading barrister in the wake of a landmark migration ruling, as experts warned that government action must be taken as a matter of urgency.

Sailesh Mehta, a barrister specialising in environmental cases, said: “The link between migration and environmental degradation is clear. As global warming makes parts of our planet uninhabitable, mass migration will become the norm. Air and water pollution do not respect national boundaries. We can stop a humanitarian and political crisis from becoming an existential one. But our leaders must act now.”

He added: “We have a right to breathe clean air. Governments and courts are beginning to recognise this fundamental human right. The problem is not just that of Bangladesh and the developing world. Air pollution contributes to around 200,000 deaths a year in the UK. One in four deaths worldwide can be linked to pollution.”

The comments follow a decision by a French court this week, which is believed to be the first time environment was cited by a court in an extradition hearing. The case involved a Bangladeshi man with asthma who avoided deportation from France after his lawyer argued that he risked a severe deterioration in his condition, and possibly premature death, due to the dangerous levels of pollution in his homeland.

The appeals court in Bordeaux overturned an expulsion order against the 40-year-old man because he would face “a worsening of his respiratory pathology due to air pollution” in his country of origin.

Yale and Columbia universities’ environmental performance index ranks Bangladesh 179th in the world for air quality in 2020, while the concentration of fine particles in the air is six times the World Health Organization’s recommended maximum.

Dr David R Boyd, UN special rapporteur on human rights and environment, agreed with Mehta’s analysis, telling the Guardian: “Air pollution causes 7 million premature deaths annually, so it is understandable if people feel compelled to migrate in search of clean air to safeguard their health. Air pollution is a global public health disaster that does not get the attention it deserves because most of the people who die are poor or otherwise vulnerable.”

He explained: “My work is really focused on increasing recognition and implementation of everyone’s right to live in a healthy environment, which surely includes clean air. I’m involved in a couple of really important lawsuits on this issue in South Africa and Indonesia. The good news is that we have solutions that simultaneously address air pollution and climate change primarily by rapidly phasing out fossil fuel use.”

Alex Randall, coordinator at the Climate & Migration Coalition, said safe and legal routes to allow people to migrate needed to be established.

“Cases such as this, where air quality or other pollution become a reason for preventing deportation, are certainly important steps forward. They may potentially lay the foundations for other future cases in which the impacts of climate change provide grounds for allowing people to stay. In fact, several other cases mostly relating to people from climate vulnerable Pacific island nations have started to do this.

“However, these cases do not usually set legal precedents and people moving across borders due to climate change impacts remain in a legal grey area.”

According to the Environmental Justice Foundation, one person every 1.3 seconds is forced to leave their homes and communities due to the climate crisis but millions lack legal protection. It has called on all countries to rapidly and fully implement the Paris climate agreement.

A ruling by the United Nations human rights committee a year ago found it is unlawful for governments to return people to countries where their lives might be threatened by the climate crisis.

Tens of millions of people are expected to be displaced by global heating in the next decade.