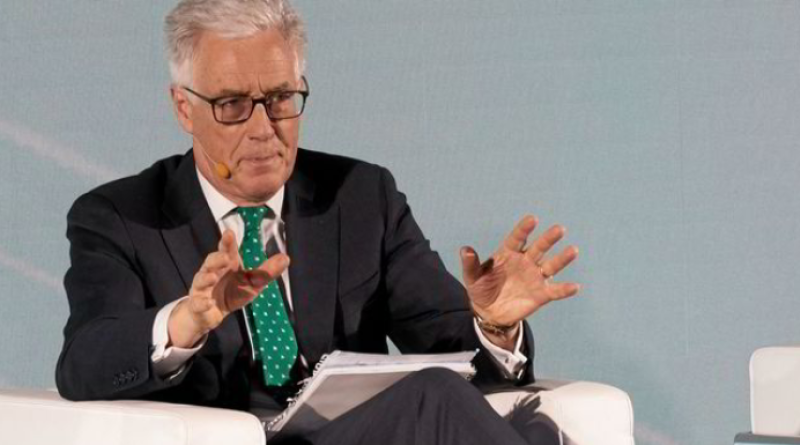 The creation of a global green hydrogen economy will require renewable energy generation for hydrogen production alone to reach the equivalent of more than double 2022’s total electricity demand by 2050 – and almost no country is currently building out renewables at the pace required, according to the chair of climate think-tank Energy Transition Commission (ETC), Lord Adair Turner.

Urging policymakers and industry to hone-in on four key challenges to hydrogen take-up, Turner, speaking the Green H2 Global Assembly in Barcelona today (Tuesday), called on stakeholders to focus on the scale of the ramp up in renewables.

“When you look at the investment required to build a huge green hydrogen economy, it is vital to understand that 80% of the total billions of dollars of investment do not lie in the electrolyser plants or even the storage or the transport,” he said. “They lie in the renewable electricity required to input into those electrolysers. And today almost no country is building renewables at anything like the pace required.”

He added: “Among all our talk of the green hydrogen economy we need to make sure that the policymakers are focused on that overriding priority, because otherwise we cannot deliver our vital objectives.”

This figure doesn’t even account for the renewable energy generation required for direct electricity use, Turner flagged, noting that this will separately need around 70-90,000TWh a year by 2050.

The ETC chair also advised policymakers and industry to focus on demand rather than supply, cautioning that without strong policies to “force early demand growth” the industry will make only slow progress displacing fossil fuels in hard-to-decarbonise sectors, as potential customers work off the marginal cost of their existing stock and equipment.

This should take the form of a mandate for green hydrogen use in future and existing applications, he said.

Turner went onto call on industry to prioritise creating demand for hydrogen on applications for hydrogen that are already used today, such as fertiliser production and refining.

“We need not only focus on the new applications, but on the applications that already exist at the moment,” he said. “And we need to drive a rapid turnover of that grey hydrogen to green hydrogen.”

Finally, the industry should also focus on storage and transport, Turner said, noting that it would be “absolutely crucial” to the economics of hydrogen.

Last year the ETC said that green hydrogen would be cost competitive with blue hydrogen without a carbon price by 2030. Lord Turner told the audience at Barcelona that the organisation could be “even more optimistic” about green hydrogen’s prospects in 2022.

The ETC calculated earlier this year that the international gear-up to a renewables-driven global energy system needed to be supercharged by the removal of vast volumes of CO2 alongside “deep decarbonisation” for the planet to stand a chance of limiting global warming to 1.5°C above pre-industrial levels.