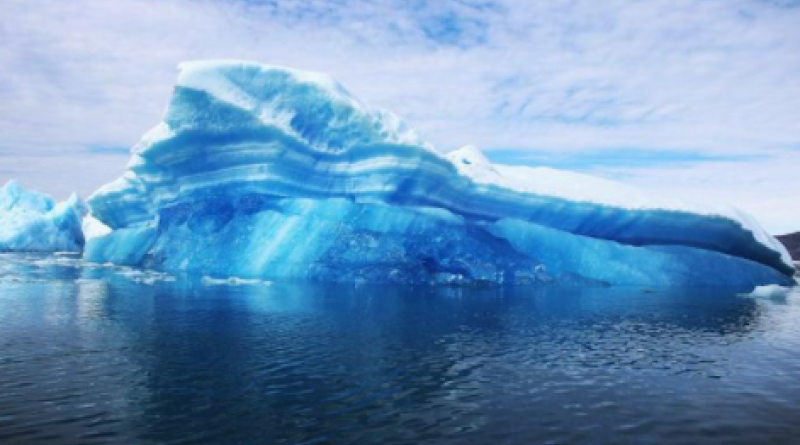 Scientists claim the ice that melted from Greenland on Tuesday would be enough to cover the US state of Florida in two inches of water.

Ice sheets on the autonomous Danish territory are shrinking as temperatures in the Arctic reach record levels.

While the number of gigatons lost is not as extreme as in 2019, a record melt year, the overall area of the ice sheet that is shedding mass is actually larger, according to Polar Portal, an umbrella organisation of Danish Arctic research institutions studying Greenland’s ice. 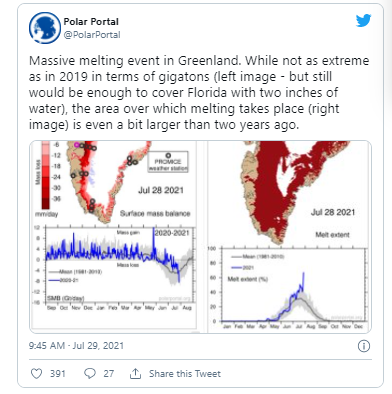 It described a "massive melting event in Greenland” that “would be enough to cover Florida with two inches of water".

The Greenland ice sheet contains enough water to raise the global sea level by seven metres, a change that would displace millions of people, according to a study by IMBIE, an international collaboration of polar scientists.

In May, scientists warned that part of the Greenland ice sheet could soon cross the point of no-return after which the rate of melting outpaces the rate of snowfall.

Researchers analysing Arctic data said the situation could soon reach a “tipping point” and warned that they “urgently” need to understand how each effect of melting affects the others.

An ice sheet can only maintain its size if the loss of mass from melting and calving glaciers is replaced by snow falling onto its surface. 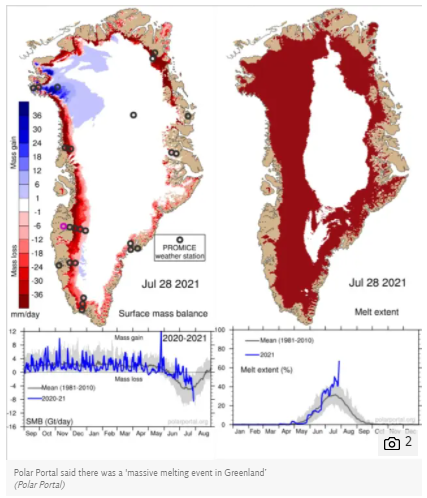 The warming of the Arctic disturbs this mass balance because the snow at the surface often melts away in the warmer summers.

Melting will mostly increase at the lower altitudes, but overall, the ice sheet will shrink from a mass imbalance.

As this happens, a positive feedback mechanism kicks in – meaning as the ice sheet surface lowers, its surface is exposed to higher average temperatures, leading to more melting and the process repeats until the entire ice sheet is gone.

Beyond a critical threshold, researchers say, this process cannot be reversed because, with reduced height, a much colder climate would be needed for the ice sheet to regain its original size.