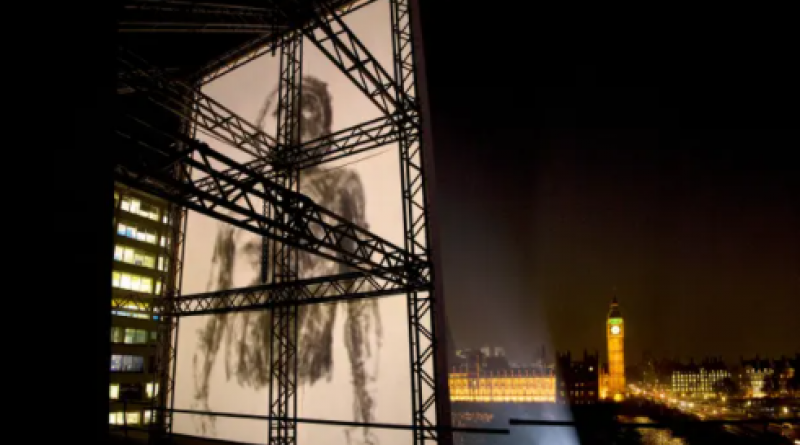 Breathe: 2022 by Dryden Goodwin will pay tribute to Ella Adoo-Kissi-Debrah of Lewisham

Public artwork that pays homage to Ella Adoo-Kissi-Debrah, whose exposure to air pollution contributed to her death at the age of nine, will go on display close to her south London home next year.

Breathe: 2022 by Dryden Goodwin will appear at sites close to the South Circular road, which runs within 25 metres of the house where Ella lived. The artwork – a centrepiece of events marking Lewisham’s year as London borough of culture – revisits Goodwin’s 2012 creation Breathe, which depicted his five-year-old son inhaling and exhaling.

Goodwin will draw a handful of local environmental activists, including Ella’s mother, Rosamund Kissi-Debrah. Sequences of still images will appear to be animated as people walk or drive by them, giving the appearance of the subjects labouring to breathe.

“I’m interested in the way air sustains the body, but can also corrupt the body,” said Dryden, who is working with Network Rail and Transport for London to identify suitable sites for the installations. The artist, who lives and works in Lewisham, said Ella’s death had “heightened consciousness of the environmental crisis” in the area.

Ella died after an asthma attack in 2013. Last year, in a landmark judgment, a coroner found “exposure to excessive air pollution” had contributed to her death, adding that “the whole of Ella’s life was lived in close proximity to highly polluting roads”.

Since her daughter’s death, Rosamund Kissi-Debrah has campaigned to raise awareness of air pollution.

Breathe, which was positioned on an 8-metre-high screen on St Thomas’ hospital facing the Houses of Parliament, incorporated more than 1,300 drawings of Goodwin’s five-year-old son. Now a teenager who has grown up in Lewisham, he will also feature in Breathe 2022.

The artwork is part of an extensive programme that will mark Lewisham’s year as London borough of culture. They include a mass performance of dance by 200 local performers highlighting the positive impact of migration in the area and a celebration of Lewisham’s musical heritage, including pop, grime, afrobeat, jazz, global, classical and punk, and featuring Dave Okumu and Linton Kwesi Johnson.