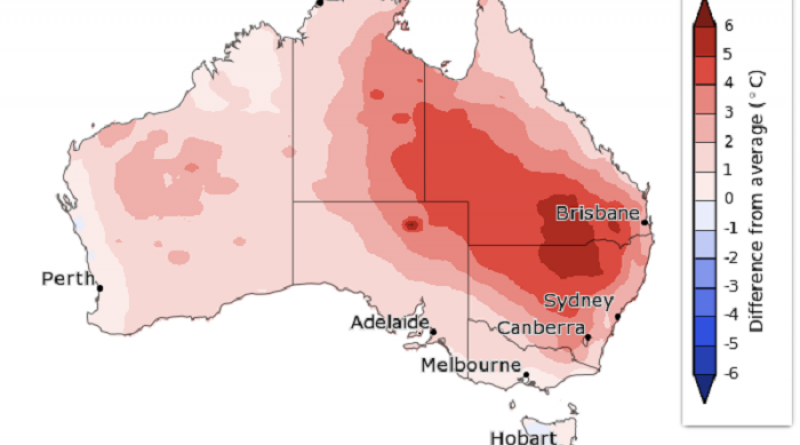 Yesterday was Australia's hottest day on record, according to preliminary data from the Bureau of Meteorology (BOM).

The average maximum temperature across the country was 40.9 degrees Celsius, breaking the mark of 40.3C set in January 2013, but it's a record unlikely to last for long.

Temperatures got up to well over 45C for much of the interior — the location record (50.7C at Oodnadatta) is still safe — but the wide spread of exceptional heat meant the national average record was broken.

The heat is expected to keep building over the next few days as the air mass moves across the country.

A few of the standout temperatures yesterday included:

Oodnadatta is forecast to get up to 47C today, Thursday and Friday, before cooling slightly to 45C on Saturday.

But Oak Valley, further to the west in outback South Australia, is predicted to reach 49C on Thursday.

Closer to the coast, the heat is far from over for Adelaide — daily maximums for West Terrace will hover around 42C before reaching 44C on Friday, when the fire danger is also expected to peak.

Further east, Canberra has been experiencing severe heatwave conditions that are forecast to continue into the weekend, with the hottest day expected to be Saturday (42C). 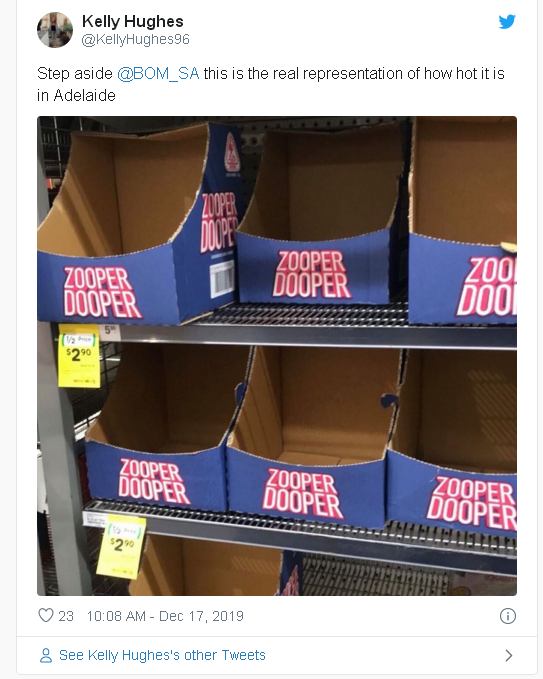 This week's heat is the result of widespread drought combined with a late onset of the monsoon in the north.

Without moisture around to cool things down, temperatures have continued to build as summer sets in.

This year has been one of the strongest positive IOD events on record, meaning warm rising air in the ocean's west has led to wet conditions in eastern Africa and encouraged the monsoon in India, while bringing dry conditions to Australia.

The positive IOD is expected to break down when the monsoon eventually makes its way south, but that is likely to be much later than the usual arrival around Christmas.

When is it going to end?

Australia is going to keep experiencing drought and bushfire conditions until there is widespread rain, but there is no promising chance of this in the short- or long-term outlooks.

More immediately, the next cold front is expected to move through and bring a cooler change to Western Australia on Thursday but won't make it to the more highly populated east of South Australia until late Friday.

This means that temperatures and fire danger will peak for SA on Friday, as hot dry winds are drawn down from central Australia, before a maximum of 25C on Saturday — a phenomenal 19-degree drop in the peak temperature from one day to the next.

Friday will also be the hottest day for Tasmania and southern Victoria, where Melbourne is forecast to reach 43C. 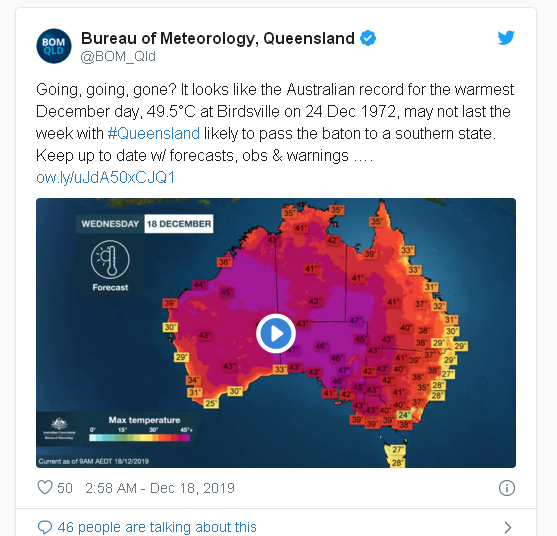 Locations close to the coast will likely benefit from a sea breeze but those inland will swelter.

Penrith is forecast to hit 45C on Thursday, drop to a maximum of 33C on Friday, before heating up again to 46C on Saturday.

In contrast, Bondi is expected to peak at 37C on Thursday, be cooler on Friday before reaching 29C on Saturday.

Low to severe heatwave conditions are expected to linger in Queensland through into the weekend, pushing further towards the coast as the week progresses.

What's the outlook for Christmas?

It is still one more sleep until the official seven-day forecast is released for Christmas Day, but the one-week outlook released by the BOM on Monday suggests inland southern Queensland and northern NSW could expect above-average temperatures.

Title photo: INFOGRAPHIC: The difference from average maximum temperatures from December 21 to 27. (Supplied: Bureau of Meteorology)