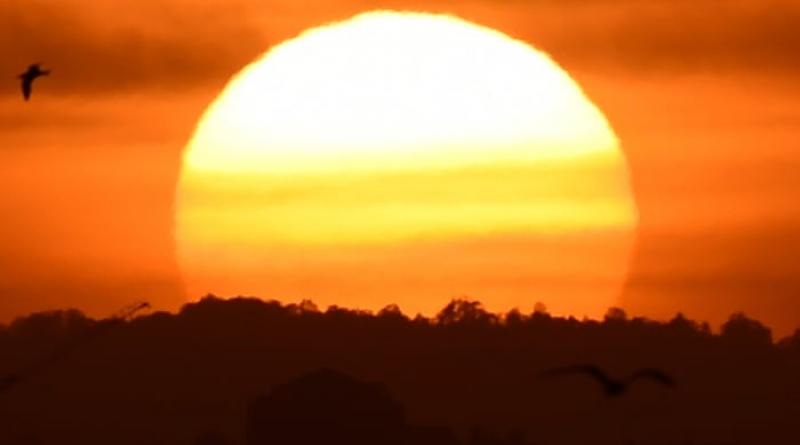 Port Augusta in South Australia has reached 48.9C on Tuesday, as a heatwave sets in across much of Australia threatening more record hot days.

All-time highest minimum temperatures have also been broken in three places. Meekatharra in Western Australia and Fowlers Gap and White Cliffs in New South Wales all registered an overnight minimum of 33C on Monday.

Severe to extreme heatwave conditions extending from the interior of WA across South Australia, Tasmania, Victoria, the ACT and NSW will bring maximum temperatures of 8C to 12C above average, and in some places up to 16C above average before the end of the week.

From Tuesday through to Friday, parts of South Australia, Victoria and NSW may break January heat records, with daytime maximums extending up to the mid-40s.

“It’s quite a significant heatwave because we are expecting a number of records to fall across those areas for both minimum and maximum temperatures,” said Dean Sgarbossa, a senior meteorologist with the Bureau of Meteorology.

On Tuesday, Port Augusta in South Australia reached 48.9C, an all-time high since records began in 1962.

Port Augusta Hay in NSW had reached a high of 47.2C by Tuesday afternoon and several locations in Victoria reached temperatures in the mid-40s, with Walpeup in the state’s north-west recording 45.6C.

South Australia is forecast to have three days of severe to extreme heat.

The South Australian housing authority has issued a “code red” until 16 January for greater metropolitan Adelaide.

A code red means homelessness agencies will increase their services during the hot weather, including extending their operating hours.

The Telecross REDi service, a Red Cross service that supports vulnerable people by calling them daily during heatwaves, has also been activated until Thursday. About 750 South Australians are on the list to receive calls during that time.

In Adelaide, where the heat is affecting cycling’s Tour Down Under, temperatures reached 41C on Tuesday and are forecast to hit 40C on Wednesday.

In Victoria, severe to extreme heatwave conditions were forecast through to Friday and several locations across the state’s north were expected to reach or exceed maximum January temperature records.

Rutherglen, Yarrawonga, Echuca, Shepparton and Mildura were all expected to reach 46C on Tuesday and Mildura’s temperature was 45.8C by the afternoon.

Since midnight on Monday there were 20 active scrub, grass and bushfires in the state and authorities again had to issue warnings about the “disturbing trend” of people breaking total fire bans and lighting camp fires.

On Tuesday afternoon, seven aircraft and more than 20 trucks were at an out of control grass and scrub fire at Benloch, north east of Macedon that was threatening property.

The nearest property was about 500m from the fire front and Emergency Management Victoria issued an emergency warning for residents to shelter in their homes.

“For those people and people in that area, I want to reassure you that we’re doing everything possible in relation to the fire,” the state’s emergency management commissioner Andrew Crisp said.

In Melbourne, where the Australian Open is under way, coastal breezes are keeping the heat to the low and mid-30s, after reaching 37C on Monday. However, the city’s outer suburbs will see temperatures into the 40s over the next couple of days.

The ACT is expecting three days in a row of maximum temperatures above 40C from Wednesday, and NSW will bear the brunt of the heatwave later in the week when a large area of extreme heat conditions hits densely populated areas.

“The entirety of the state of NSW will experience severe heatwave conditions for the majority of this week,” Sgarbossa said.

Several areas across western NSW are expecting temperatures above 45C from Tuesday and all the way through to the weekend.

The Bom said that while the heat in coastal areas in the east of the state was tempered by sea breezes, high humidity would make the days ahead feel hotter than the temperature suggested.

Sydney was forecast to reach 30C on Tuesday, 32C on Wednesday and 34C by Friday, before a cool change.

But some western suburbs would exceed 40C for much of the week.

“What’s going to be unique about NSW is overnight temperatures will be unusually warm across large areas of inland NSW, with some locations in the far west staying above 30C,” Sgarbossa said.

Much of the country had elevated fire danger ratings on Tuesday and that is expected to continue through the week.

The Bom is forecasting a cooler change to start moving across through much of the heatwave-affected area from Friday.