The big exit: Why capital is deserting coal. 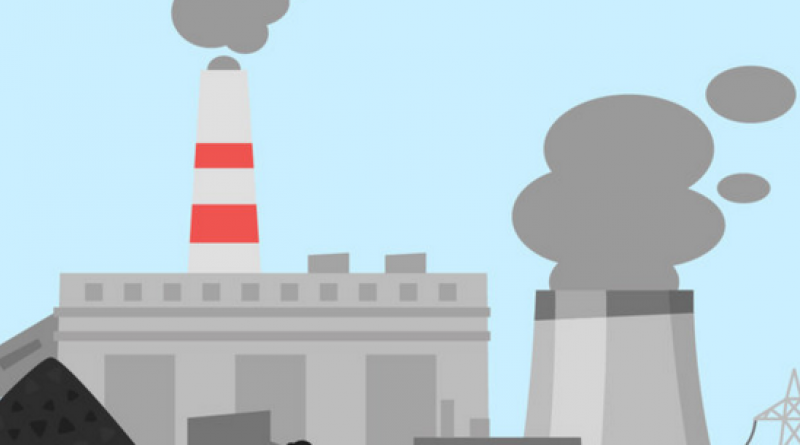 As more and more funds pull out of coal, Andrew Tunnicliffe talks with the IEEFA’s Tim Buckley about what’s leading the exodus and what it means for the future of coal.

For more than two centuries coal has powered homes, businesses, and economies, providing the fuel of the industrial revolution and becoming an essential part of the world’s fuel mix. However, the days of thermal coal use could be numbered according to a recent institute for energy economics and financial analysis (IEEFA) report.

The report shows more than 100 leading global financial institutions have effectively pulled the plug on funding, imposing restrictions on investments into the sector and making the climate significantly more challenging. This “progressive strangulation” is resulting in “coal companies’ inability to access capital markets for expansions, mergers or acquisitions”, as well as cutting the avenues for insurance, the report said.

The World Bank was the first to announce this type of policy back in 2013; the end of 2018 saw the100th such announcement coming from the European Bank of Reconstruction and Development. Since then five more organisations – including Barclays Bank UK, Export Development Canada, Nedbank of South Africa, Varma of Finland, and Austria’s Vienna Insurance Group – have announced policy rethinks. From a slow beginning the pace of these announcements has ramped up significantly, now coming as frequently as every other week.

“You always have the leaders and the market generally ignores them, calling them idealistic or whatever,” says the report’s author and the institute's director of energy finance studies for Asia Pacific, Tim Buckley. “Once you start to get 108 or 109 globally significant financial institutions all exiting the door, and doing it faster than expected, everyone seems to evaluate and ask ‘what are they seeing that we’re missing?’ That has happened in the last six months and that is globally significant.”

Buckley says there are three trends, each building in momentum, all relating to the thermal coal market. The first is India and its growing hunger for renewable power, something he thinks is a considerable factor given the strong growth of the country’s population and economy today. “India is the third largest electricity market in the world and has absolutely embraced the huge energy security opportunities of renewables. They are now the low-cost source of supply… That is an absolutely critical fact.”

In a market where consumption is projected to be a staggering 15.2TWh by 2040, the Indian Government has set targets of 225GW from renewables by 2022, a move that has proved popular with domestic and foreign investors alike. “The fact that renewables are not just marginally but 20% or 30% cheaper than new coal in India is a critical milestone that was crossed two years ago. That has been cemented by $20bn or $30bn in transactions… If the Indians can do it why can’t a myriad of other countries do it?” asks Buckley.

The second significant factor is climate change, as well as a changing climate for corporate and social responsibility.

“Banks are not altruistic entities. They are very profit motivated, without a doubt,” Buckley says. However, they are being pushed, today with great vigour, by investors and regulators, to wake up to their responsibility, he argues - particularly as the majority of them signed up to acting by way of the Paris Agreement.

“Slowly, one by one, they’re realising that saying you’re committed to something actually brings about a fiduciary duty to have policies consistent with what you’ve said you’re going to do, particularly around something as globally relevant as climate change.”

Authorities are pressing home that responsibility, with the likes of Bank of England governor and former chair of the Financial Stability Board (FSB), Mark Carney, and the Australian Prudential Regulation Authority quite vocally reminding directors they have a duty to act and can be held personally responsible if they don’t.

The FSB established the Task Force on Climate-related Financial Disclosure (TCFD) in 2015 to promote disclosure among the global investment community of any investment that had climate implications. It would, the TCFD said, “promote more informed investment, credit [or lending], and insurance underwriting decisions.”

Since then, bank stakeholders have increased demands for executive boards to be more proactive. During the 2018 United Nations Climate Change Conference (COP24) a group of investment funds demanded accelerated action on climate change, speeding up the pace of meeting commitments made in the Paris Agreement.

The group of 415, collectively managing $32 trillion of funds, called on governments and business to act faster, including calling for a total global thermal coal phase out by 2030 in the OECD, 2045 in China and 2050 globally.

“I don’t actually believe they read the seven page letter that went with it,” says Buckley, “but once you read it, it says we demand a global price on carbon, we demand a commitment to the Paris Agreement, we demand compliance with the TCFD and we’re going to ask you about it. We commit to evaluating you, the CEO, of every board of company we invest in.”

Such “shocks”, as he calls them, are having an impact. Australia’s five leading banks are known to be cutting their exposure to fossil fuels and focusing more heavily on renewables, “accelerating the inevitable technology driven trend,” Buckley adds.

JAPAN MOVES TO SHAKE UP ITS POWER MIX

The third significant factor, according to Buckley, is Japan. “Japan is going from a global laggard to a global leader. It’s a hypothesis of mine and I’m a bit of a lone voice on this, but I look at what countries and companies do, not what they say they’re going to do.”

He says when Marubeni went from being the world’s biggest developer of coal fired power plants outside of China and India to announcing it was moving to renewables and would no longer build a coal fired power plant, it was one of two things: “It sounds like either a bit of greenwash or an enormous pivotal moment in the world for coal; I’d argue it’s the later.”

It seems the move was the first in a sequence – likely not altogether orchestrated – shifting the approach of Japan’s financial institutions, energy producers and regulators away from thermal coal.

“The day after that statement was put out, the Japanese Prime Minister writes an op-ed saying it was time for them to step up. In isolation everyone ignored that but I thought hang on, two strikes. A month later and Mitsui exits thermal coal, then ITOCHU,” says Buckley.

IS COAL’S END IN SIGHT?

Given India’s renewable drive, growing corporate responsibility, and Japans changing power mix Buckley thinks the end of coal could be in sight.

“These three globally significant trends are really converging, taking what, four or five years ago, looked to be an impossible presumption that the world might be able to move beyond thermal coal, even on a five decade outlook," he says. "Now it’s reasonably possible the world could actually deliver in a timeframe consistent with the Paris Agreement.”

This would mean the end to the use coal globally by 2050. “That has become a realistic scenario in the last two or three years," Buckley says. "I would say the momentum on that is building dramatically.”

Speaking of the move by financial institutions to renewable alternatives he concludes: “What was a slow, measured walk for the door by a couple of leaders has now become a little bit of a rush for the door.”

However, what the coal sector is losing, renewables are gainining. “Energy is the most capital intensive industry in the world. Without finance you don’t have that form of energy. If you look at renewables in a different way, they are literally just financial market instruments.”

Arguably they are much more, the sector would contend, but the point is a valid one. “I was talking to someone at the Asian Development Bank and he said he’s been inundated with requests from the biggest banks in Japan to invest in Asian renewables. He said they’ve never banged on his door and now they’re all wanting to invest in renewables.”

As the power shifts from coal, has the investment race found a new vehicle?