Big oil companies are driven by profit – they won’t turn green by themselves. 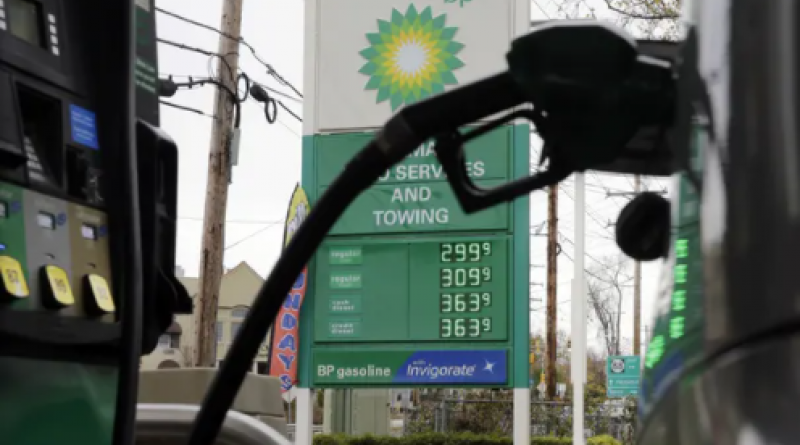 Last week, the International Energy Agency (IEA), the world’s leading energy authority, laid bare the scale of the challenge in keeping the world on track to achieve net-zero emissions by 2050: a massive acceleration in renewable energy development and, starkly, no new oil, gas or coal development. None.

For as long as coal remained cheapest, the IEA consistently predicted that it would continue to be the dominant energy source in electricity generation. Now that renewables, and solar in particular, generate electricity as cheaply – and often cheaper – than hydrocarbons, the IEA considers a rapid energy transition more achievable. It finds encouragement in the cost of the respective energy types: in economic terms, the IEA’s is a “cost-centric” worldview.

This cost-centric perspective is understandable. Historians have long viewed the cost of energy sources as an explanation for the world’s first great energy transition, from water to steam and coal, during the Industrial Revolution. The consensus among many historians is that England’s early industrial capitalists switched to fossil fuels because they were cheaper.

But groundbreaking recent research by the political economist Andreas Malm has refuted this orthodoxy. Steam was not cheaper. Industrial capital switched to fossil fuels in the early 19th century not on account of their cost, but because they could make production more profitable. A steam engine, unlike a waterwheel, could be put up more or less anywhere, such as where cheap labour was most abundant. The profit accrued from fossil fuels, not their cost, was the key.

Malm’s findings raise a crucial question: what if the economics of today’s energy transition likewise turn not on, as the IEA presumes, relative technology costs but on profitability? What would this mean for the world staying on the narrow pathway to net zero envisioned by the IEA?

One way to approach these questions is to consider the current strategies of the European oil and gas majors, BP, Shell and Total. In the past 15 months, all three have announced plans to transition from being oil and gas companies to “energy companies”, and all three are now making investments in renewables as well as hydrocarbon production.

For these companies, profit is indeed the pivotal variable, just as it was for Malm’s early industrial capitalists. All proposed investments by the oil and gas majors must meet profitability hurdle rates in order to be approved. Cost matters, to be sure, but only to the extent that it influences expected profitability.

To understand the economics of the energy transition, we should adopt a “profit-centric” perspective, rather than a cost-centric one. Crucially, all three companies agree that hydrocarbon production in areas such as oil remains significantly more profitable than renewable energy generation. Internal rates of return (IRRs) – the standard commercial measure of an investment’s profitability – are around 15% to 20% on hydrocarbons, or higher. Typical IRRs on renewables today are around 5% to 6%, although the majors think they can do better than existing renewables companies and lift returns to about 10%.

A big part of the reason for these differences, as the energy economist Nick Butler has noted, is varying degrees of competition. The barriers to entry to the renewables business are much lower than in oil and gas, thus increasing competition and depressing profitability.

As a result, all three European majors continue to invest vastly more resources into oil and gas development than renewables development. BP, for example, will start up seven major new hydrocarbon production projects in 2022, with at least three more following in 2023 or later.

The notion that these companies – let alone the US oil and gas majors or the national oil companies of the world’s petro-states, which have been much more circumspect about renewables than the Europeans – will rapidly cease new hydrocarbon development in the manner called for by the IEA flies in the face of these economic realities. Hydrocarbons reap bigger profits.

Taxing carbon emissions through carbon pricing – in the form of cap-and-trade programmes or taxes on emissions – will likely be insufficient to curb new oil and gas development. As the economist Lance Taylor has argued, the prices incorporated in current programmes and proposals are much too low. And in any event, the big oil and gas companies factor carbon taxes into their projections when modelling investment cash-flows, and still find proposed hydrocarbon projects to be highly profitable. Total, for example, assumes a long-term carbon price of $40 (£28) per ton as a “base case” scenario for project evaluation, adding a “sensitivity analysis” where carbon is priced at $100 per ton from 2030.

These companies also, of course, plan on the basis of different potential commodity prices. Two large recently approved hydrocarbon projects in Angola and Brazil are projected to generate IRRs for Total in excess of 20% at a conservative oil price of $50 per barrel. Oil is currently trading at comfortably above $60.

If achieving net zero does indeed require halting all new hydrocarbon development and rapidly switching to renewables, it’s clear that we’ll need a far bolder and more radical approach than relying on market forces and policy measures such as carbon pricing to get us there.

Global oil companies have committed to 'net zero' emissions. It's a sham.