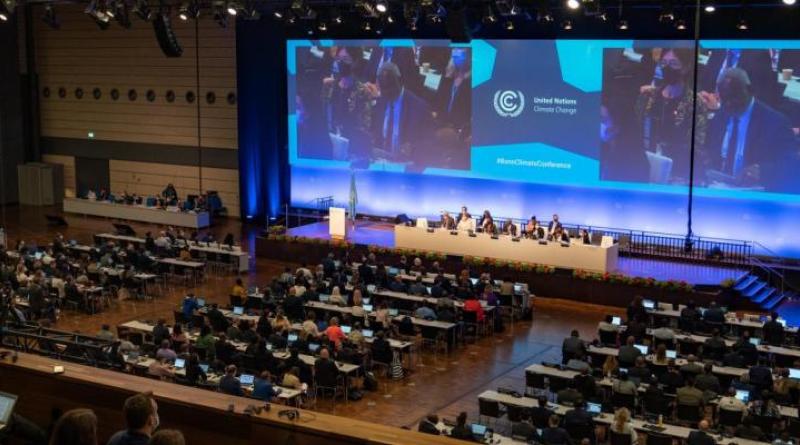 Building on the many mandates that emerged from the UN Climate Change Conference (COP26) in Glasgow last year, discussions took place on a range of important topics, including the need for more ambitious climate action, deeper cuts in greenhouse gas emissions, enhanced resilience to adapt to the effects of climate change and financial support for developing countries.

The Bonn Climate Change Conference has been the first opportunity for all Parties to the UNFCCC to meet since the adoption of the Glasgow Climate Pact at COP26 last year. In Glasgow, governments agreed a package of decisions that pave the way for full implementation of the Paris Agreement.

UN Climate Change Executive Secretary Patricia Espinosa said: “While much work remains, Parties have made progress in several technical areas here in Bonn. Such steps are a key part of negotiations and important to achieve our overall goals. The world is moving closer to an overall shift towards implementation of the Paris Agreement. Major political decisions, notably on finance for Loss and Damage, need to be taken at COP27. We now need to ensure that Sharm el-Sheikh will truly be the place where important promises of the Paris Agreement are turned into reality.”

Key outstanding issues that still need to be resolved relate on the one hand to building adaptation to the inevitable impacts of climate change, which include ever more frequent and intense heatwaves, flood and storms, and Loss and Damage, along with the necessary financial support. On the other hand, important work has been launched on urgently scaling up mitigation ambition and implementation.

Marianne Karlsen, the Chair of the Subsidiary Body for Implementation (SBI) said: “The Global Stocktake and other discussions at the Bonn Climate Conference have demonstrated the many gaps that exist in climate action, but also the opportunities. I am heartened that governments and numerous stakeholders have been showcasing solutions, opportunities, innovations and best practices from throughout the world. And we have seen unprecedented engagement on the part of non-Party stakeholders who have a key role to play in helping governments achieve their climate goals.”

At the Global Stocktake, Hoesung Lee, Chair of the UN’s Intergovernmental Panel on Climate Change, reported that human activities have warmed the planet at a rate not seen in the past 2,000 years, putting the world on a path towards global warming of 1.5 degrees Celsius within the next two decades. The Chair of the Subsidiary Body for Scientific and Technological Advice (SBSTA), Tosi Mpanu Mpanu said:

“Science has been a central focus of this year’s Bonn Climate Change Conference. It is vital that the reports presented by the IPCC, as well as the science-policy interface, are reflected and that negotiators heed the call on the urgency of the climate challenge.  We have seen some good progress here in Bonn. But governments need to more urgently act on the stark warnings we have been hearing.”

Many participants at the Global Stocktake and in other fora of the Bonn meeting highlighted the need for increased financial support.

“The international community has yet to live up to its commitment to mobilize USD 100 billion annually in climate finance for developing countries. And these countries are calling for an overall substantial increase in finance, especially finance for adaptation and loss and damage, which is crucial to build a more sustainable and resilient future,” the UN’s top climate change official Ms. Espinosa said. “At COP27, progress needs to be demonstrated clearly and convincingly, along with the alignment of financial flows with the objectives of the Paris Agreement,” she added.

The UN Climate Change Conference COP27 will take place in Sharm el-Sheikh, Egypt, 6-18 November of this year. It will be preceded by two Regional Climate Weeks. These are Latin America and the Caribbean Climate Week, 2022 scheduled for 18-22 July in Santo Domingo, Dominican Republic; and Africa Climate Week 2022, scheduled to take place 29 August to 1 September in Libreville, Gabon.

The social media hashtag for the meeting is #BonnClimateConference.

More information for media can be found here.