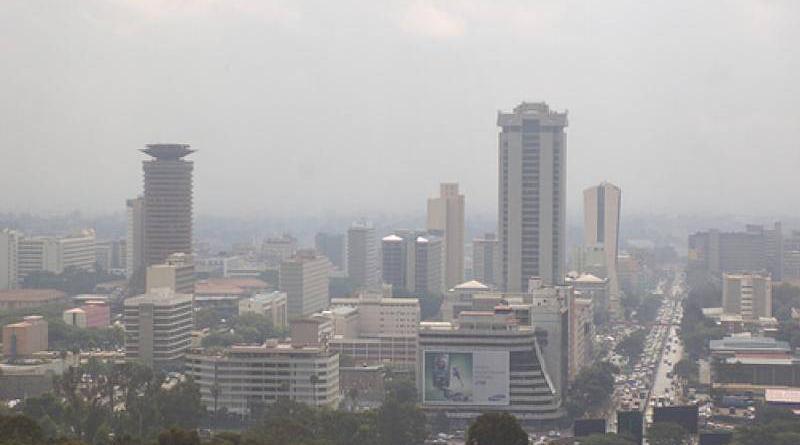 Clean Air Cities Declaration is a commitment by mayors and governors of world-leading cities act to protect residents from the devastating consequences of air pollution. While C40 is a network of mayors of nearly 100 world-leading cities collaborating to deliver the urgent action needed at the moment to confront the climate crisis.

Yesterday at the sideline event at the Africities Conference in Kisumu mayors and governors of ten major African cities announced an unprecedented, ambitious commitment to improve air quality with the signing of the C40 Clean Air Cities Declaration.  The cities were Abidjan, Accra, Addis Ababa, Dakar, Ekurhuleni, Freetown, Johannesburg, Lagos, Nairobi and Tshwane.

The cities are now part of a global cohort of 38 cities, including Durban, which became the first African city to sign the declaration in 2019. By signing the C40 Clean Air Cities Declaration, the mayors of these cities recognise that breathing clean air is a human right and commit to working toward safer air quality that meets World Health Organisation Air Quality Guidelines.

Speaking after the signing ceremony Nairobi governor Ann Kananu told the delegates that the city will introduce air quality regulations and an air quality Act to set up ambitious reduction targets, increase installation of air quality sensors, develop an emissions inventory to establish baseline levels of air pollutants. She added: “My administration’s commitment toward city-wide clean air which will form a vital component in achieving our vision as the most liveable, clean and sustainable city.

“We are strengthening the air quality management system by developing an air quality action plan, policy and Bill,” Kananu said.

Nairobi county boss reaffirmed her commitment to implementing an increased pedestrian and cycling lanes by 100 km to encourage non-motorised transport within the city. Breathing clean air is a human right, but according to the World Health Organisation Air Quality Guidelines, 99 per cent of the world’s population live in areas that exceed WHO air pollution limits. Exposure to air pollution is one of the greatest environmental risks to human health.

WHO estimates that exposure to dirty air caused 4.2 million premature deaths worldwide in 2016, and 91 per cent of those premature deaths occurred in low- and middle-income countries Mpho Phalatse, Executive Mayor of Johannesburg said the city will expand household electrification by providing 3,000 sites with electricity connections, establishing a diesel vehicle emissions testing program and ensuring mines implement a dust management programme by 2025.

He added: “Breathing clean air is a human right. As mayors of the African cities, we must not wait for others to act to protect our citizens from the devastating consequences of air pollution.”

WHO slashes guideline limits on air pollution from fossil fuels

Electric cars are not a magic bullet for air pollution