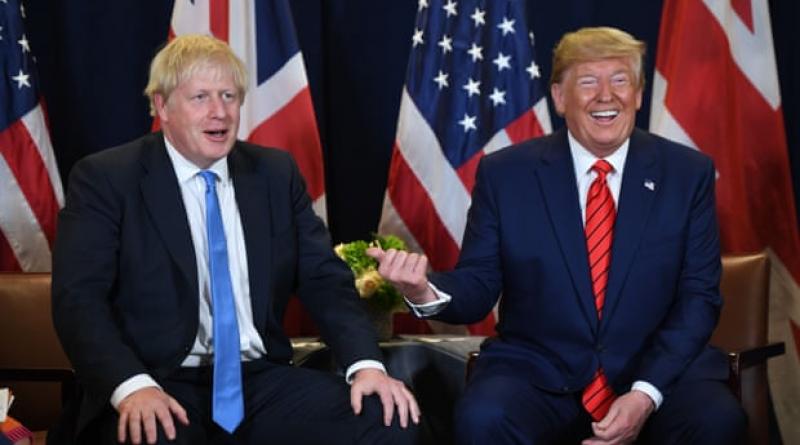 Boris Johnson is being urged by 350 leading climate researchers to robustly challenge Donald Trump on his “dangerous” and “irresponsible” denial of the risks of climate change during the US president’s visit to the UK this week.

Putting the prime minister under more pressure over his stance on global heating, leading academics involved in climate research said he must try to persuade Trump to take strong domestic and international action.

Johnson – who declined to take part in the first ever UK general election climate debate last week – will meet Trump during his three-day visit for the Nato leaders’ meeting.

In a letter to Johnson, the academics said Trump’s “unscientific denial” of the risks of climate change was harming lives, making the world a more dangerous place and threatening the prosperity and safety of future generations.

“We urge you to challenge President Trump about his irresponsible approach to climate change, and seek to persuade him to take strong domestic action to reduce greenhouse gas emissions and to join coordinated international action including the Paris agreement,” they wrote.

The UK is due to host the a major UN climate summit next year – a meeting which is absolutely vital to international efforts to avoid dangerous climate change, the academics said.

They praised the government for passing into law a new target to reduce annual emissions of greenhouse gases to net zero by 2050, but warned the UK was already seeing the effects of global heating.

“Earlier this year many parts of the nation were subject to a summer heatwave which reached a record peak temperature and killed several hundred people,” they wrote. “Lives and livelihoods are also being threatened by increasing risks of flooding due to heavy rainfall and sea level rise.”

They warned that Trump’s stance risked making the world a more dangerous place. UK security assessments in 2015 warned that disruption of populations as a result of the climate crisis would increase political instability, conflict and migration.

The US director of national intelligence said this year climate change and environmental and ecological degradation across the world were likely to fuel economic distress and social discontent from 2019 onwards.

The letter highlighted false claims made by Trump, who said recently that the Paris agreement would mean “shutting down American producers with excessive regulatory restrictions like you would not believe, while allowing foreign producers to pollute with impunity”.

Trump's push to save coal is failing. Coal demand to plunge to 42-year low.