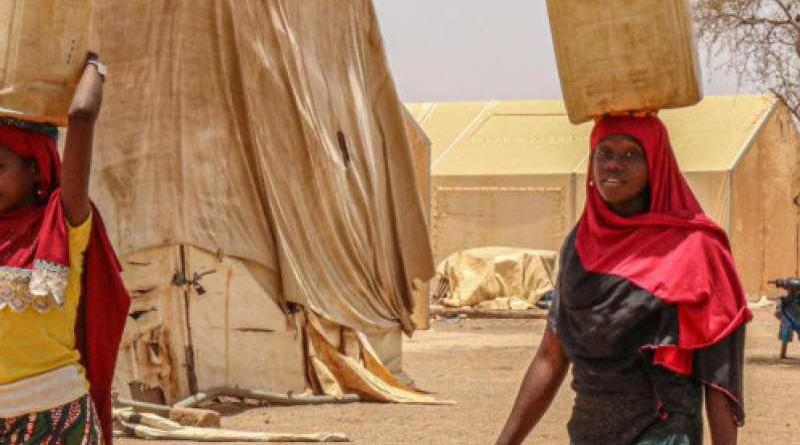 Thirty-two water facilities have been destroyed so far this year, impacting nearly 300,000 people according to a group of 13 national and international organisations providing humanitarian and development assistance in the country.

Most destructions occurred in Djibo in the Sahel region, a city that hosts more displaced people than any other in the country. There, civilians have access to less than three litres of water a day to cover all their needs from drinking to hygiene and cooking, compared to roughly twice that amount before the attacks – an already critical level.

“These repetitive attacks on water services and their severe impact on hundreds of thousands of vulnerable civilians are unprecedented in Burkina Faso and have not been seen elsewhere in the Central Sahel region either,” says Hassane Hamadou, Country Director for the Norwegian Refugee Council in Burkina Faso. “Disrupting civilians’ access to water is no longer a mere by-product of the conflict, it has become a weapon of war and marks a new, despicable turn in violence. For the sake, dignity and survival of an already exhausted population, this war on water must stop.”

While Europeans use on average 150 litres of water daily, the World Health Organization considers people in emergency situations need at least 15-20 litres. Seven litres is the “minimum survival allocation,” viable only for a few days. Residents in Djibo are now forced to sustain themselves with less than half that amount.

“I went through hell to get my family here safely,” says Fatoumata. “But once in Djibo, I found that the ordeal was not over. It continues for us here.”

“We struggle to find enough to eat and drink since we’ve arrived,” says Dicko. “Often, we spend the entire day at the water point only to leave with one jerrycan, and sometimes with nothing. We pay for and drink water that’s very dirty and impure. We can’t even dream of having enough to wash clothes, or ourselves.”

Distance to fetch water and time spent queuing are not just excessively long, they can also expose civilians to more violence. Beyond attacks on water facilities, civilians on their way to or waiting at water points are being intimidated and threatened by armed individuals. On 11 March, unidentified gunmen fired warning shots to disperse a crowd queuing near a borehole in Djibo resulting in a woman dying from her wounds after being hit by a stray bullet.

“Djibo has been a flashpoint of the humanitarian crisis for over three years and now finds itself on the frontline of a new type of war,” says Rebecca Bouchet-Petersen, Country Director for Solidarités International in Burkina Faso. “The conflict is now putting at risk the very thing no one can live without clean water. Civilians in Djibo were already facing alarming shortages of food and medicine, now they are going thirsty too. Considering all the health risks associated with drinking unsanitary water, temperatures averaging 40C and challenging road access, Djibo sits on the brink of humanitarian disaster.”

Attacks on the water have recently spread to other regions as well. On 15 April, gunmen set fire to a water truck in the Center-North region. Assailants made it clear they did not want to see water trucks on that road again. All water trucking activities, currently the only way to provide emergency water assistance to the residents, have been halted as a result.

• 290,000 people are impacted by direct attacks on water facilities, and over 520,000 are impacted when including indirect interruption of water services due to destruction of electricity infrastructure.

• Djibo residents used to have around 6 litres of water a day at their disposal. Since the attacks and destruction of water facilities, it is estimated they now have less than 3 litres.

• 15 litres of water a day per person is considered the minimum to cover basic needs for domestic use in emergency contexts (drinking, cooking, washing, personal hygiene). 7 litres is the “minimum survival allocation” for drinking and food preparation (sustainable for only a few days).

• The city of Djibo hosts 283,428 internally displaced, including 178,238 children, which is the highest number of IDPs in a single locality in Burkina Faso. Kaya hosts the second-largest (123,610 IDPs).