Can geoengineering stop climate change? A new paper says it can help, but it’s no magic bullet 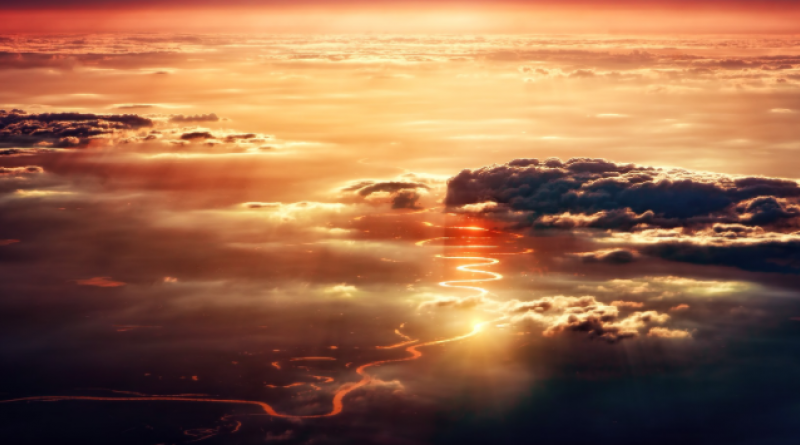 And there's still a lot we don't understand about its effects.

The climate keeps getting hotter, and officials around the world are failing to rise to the task of tackling emissions to ensure a future for our kids and grandkids. Amid this backdrop, an international team of experts suggests reflecting sunlight back into space could help keep the warming under control.

The team focused on exploring the potential benefits and shortcomings of using various technological means of reflecting sunlight away from our planet — which should help cool it down. This approach, known as solar radiation modification (SRM), should be much cheaper and more cost-effective than our other current alternatives. Together with reductions in greenhouse gas emissions, an SRM-type program could help mitigate or even counter the warming trend that started in the Industrial Revolution.

Mirror our problems away

“There is a dearth of knowledge about the effects of climate intervention on ecology,” said Phoebe Zarnetske, community ecologist and associate professor in Michigan State University’s Department of Integrative Biology and the Ecology, Evolution, and Behavior program, co-lead researcher of the team.

“As scientists, we need to understand and predict the positive and negative effects it could have on the natural world, identify key knowledge gaps, and begin to predict what impacts it may have on terrestrial, marine, and freshwater species and ecosystems if it were adopted in the future.”

The Climate Intervention Biology Working Group has been holding monthly meetings since September 2019 to discuss how SRM could be used to help fight climate change and its potential consequences. They distilled their conclusions into the paper we’re discussing now. As Zarnetske says, this is meant to give us a rough guideline as to how such technology could be used in the future, identify which areas we still need to work on, as well as potential consequences for various types of ecosystems and the species they support should SRM be adopted in the future.

Cost-wise, it seems to be quite attractive: SRM would be cheaper to implement than atmospheric carbon dioxide (CO2) capture for example, the authors note. However, before we implement such an approach, we need to know exactly what to expect from it.

“While climate models have become quite advanced in predicting climate outcomes of various geoengineering scenarios, we have very little understanding of what the possible risks of these scenarios might be for species and natural systems,” explains Jessica Gurevitch, distinguished professor in the Department of Ecology and Evolution at Stony Brook University, the other co-leader of the research group.

“Are the risks for extinction, species community change, and the need for organisms to migrate to survive under SRM greater than those of climate change, or does SRM reduce the risks caused by climate change?”

One approach the team studied and made the focus of their paper is stratospheric aerosol intervention (SAI). This involves blocking part of the sunlight incoming towards our planet by using aerosol substances — very similar to what happens after a volcanic eruption. In theory, at least, it is a very promising idea: we should be able to maintain aerosol clouds of certain thickness over different areas, allowing us to achieve a target temperature at ground level.

However, one issue they’ve been able to foresee is that we simply don’t understand how the use of SRI methods on a large scale would interact with ecosystems. Cooling provided by such approaches may be “unevenly distributed”, the team explains, which could have a major impact on the functioning of today’s ecological communities. The use of SAI would lead to changes in rainfall and surface ultraviolet levels, “would increase acid rain, and would not mitigate ocean acidification,” according to Zarnetske.

The team’s conclusion is that SRM methods are not a magic bullet against climate change, and there are still several big unknowns regarding their use. The paper reveals the under-researched complexity of cascading relationships between ecosystem function and climate under different SAI scenarios. In fact, they argue, climate change mitigation must continue regardless of whether SRM is adopted, and the question remains whether some or any SRM can be beneficial in addition to decarbonization efforts.

“We hope that this paper will spark a lot more attention to this issue and greater cooperation between scientists in the fields of climate science and ecology,” added Gurevitch.

But studying geoengineering solutions isn’t exactly easy. Last Wednesday, the Swedish Space Corporation had to postpone a test flight designed to test such methods — the Stratospheric Controlled Perturbation Experiment, or SCoPEx — after pushback from a local Indigenous peoples’ group. Many people are understandably anxious to delve into geoengineering applications, given the damage they could cause if we aren’t careful. Whether such methods will be adopted in the future or not, we can’t yet say. But it’s definitely going to be considered, and spark a very interesting debate.

The paper “Potential ecological impacts of climate intervention by reflecting sunlight to cool Earth,” has been published in the journal PNAS.