Can you really carbon offset a power station? Sure – but it’s unimpressive 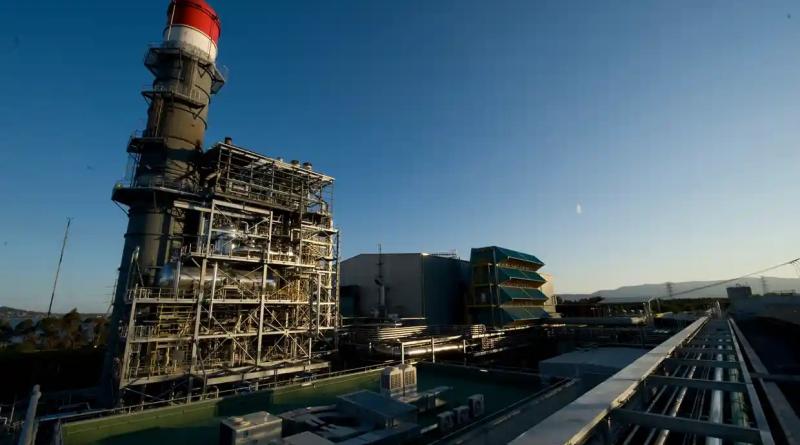 The line is from EnergyAustralia’s new TV ad that has been appearing in prime time slots accompanied by Fleetwood Mac’s 1977 classic tune, Don’t Stop.

The company said the ad campaign would showcase “how the leading energy retailer and generator is supporting cleaner, affordable and reliable energy.”

The power station in question – Tallawarra B – is under construction near Wollongong in New South Wales and will be a fast-start plant that will burn gas and, as the ad said, be “hydrogen-capable”.

But in reality, what EnergyAustralia is doing in building a “carbon offset power station” is constructing a regular fossil fuel power station, then working out what the emissions are, and then buying some carbon offsets.

To understand how unimpressive this is, think about how you could make the same claim about anything else you chose to construct like, for example, a diesel generator.

As long as you know its emissions, you can magically turn it into a “carbon offset diesel generator” through the purchase of carbon credits.

“Offsetting should only be used as a last resort, and not to justify projects that should be avoided,” said Dr Megan Evans, an expert in environmental offsets at the University of New South Wales in Canberra.

“This is an inappropriate use of offsetting, but it is increasingly being used as a first resort, rather than a last resort,” she said.

But Evans said any benefits from buying offsets tended not to be realised until many years into the future, whereas burning gas in a power station releases emissions immediately.

“We need to be cutting emissions now to stay within carbon budgets, rather than starting in the future.”

What about adding hydrogen to the gas at Tallawarra B. Will that make it less polluting?

EnergyAustralia said the power station was designed to accept gas mixed with 5% “green hydrogen” by volume.

Dr Fiona Beck, an expert in the emerging hydrogen economy at the Australian National University, said adding this much zero-emissions hydrogen would only reduce emissions from the plant by about 1.6%.

As this column has explored before, some experts say using zero-emissions hydrogen in the power sector is likely to be one of the least economical uses of the liquid fuel.

An EnergyAustralia statement said the company would “offer to buy 200,000kg of green hydrogen for 10 years from 2025” and would investigate adding more hydrogen to the mix in the future. The “residual” emissions from the power station would then be offset, the company said.

Taking Beck’s analysis, those “residual emissions” will be about 98.4% of them.

In the 45 second TV ad, a staff member makes a bold signoff. After walking over the MCG turf, the staff member says: “while others just talk about making a better tomorrow, we’re actually doing it.”

EnergyAustralia launched its advertising campaign the same week it was ranked 47th out of 50 in a Greenpeace “green electricity” guide.

According to data from the Clean Energy Regulator, EnergyAustralia is the second highest corporate emitter of greenhouse gases in the country, releasing 17.9m tonnes of carbon dioxide equivalent in 2019-20.

Glenn Walker, senior campaigner at Greenpeace Australia Pacific, said the company was ranked so low because of its high annual emissions and because the company mines coal and plans to keep burning it until 2040.

“EnergyAustralia talks about building a better tomorrow, but this is just blatant greenwashing,” Walker said. “The ‘tomorrow’ they’re most contributing to is one of climate chaos.”

EnergyAustralia said the Tallawarra B “sets a new benchmark for how gas generators can be consistent with NSW’s plan to be net zero by 2050 by using green hydrogen and offsetting residual emissions”.

The company had announced the early retirement of its Yallourn brown coal power station and had made commitments to pumped hydro, battery and gas projects “designed to enable more renewables to enter the system”.

“We are focused on a smooth energy transition for all, made possible through respectful and responsible actions,” EnergyAustralia said.

A central plank of the information that energy companies routinely announce to investors is how much fossil fuels they have in their reserves.

But this week oil and gas company Santos added another metric to their “annual reserves statement” – the amount of CO2 storage capacity the company has on its books.

The company’s managing director, Kevin Gallagher, announced it had listed 100m tonnes of CO2 storage which related to its $220m Moomba carbon capture and storage project in the Cooper Basin in South Australia.

“This globally significant carbon storage capacity booking is another tangible example of Santos leading the way in establishing the foundations to support the energy transition,” Gallagher said.

Temperature Check understands the 100m tonnes of storage relates to the annual 1.7m tonne capacity of its planned Moomba project – meaning it would take 59 years to fill.

Even though Santos has “booked” the storage, the company has only stored 100 tonnes of CO2 during a trial, with the first injection into the Moomba CCS project not scheduled until the first half of 2024.

Santos also reported that thanks mainly to a merger with another energy firm, its “proved plus probable” reserves had gone up by 80% to stand at the equivalent of 1,676m barrels of oil.

Experts at Climate Analytics – a respected not-for-profit climate science and policy consultancy – told Temperature Check that if sold and burned, those reserves would release about 512m tonnes of CO2.

Santos has insisted its business plans won’t compromise its target to reach net zero greenhouse gas emissions by 2040. That target excludes the emissions from the fossil fuels that are burned after the company has sold them.

cover photo: EnergyAustralia have launched an ad campaign for their ‘carbon offset power station’ in the same week Greenpeace ranked the company as one of the country’s ‘worst polluters’. Photograph: EnergyAustralia

Temperature Check is a weekly column examining claims about climate change made by governments, politicians, business and in the media. See the latest column and follow the series here