Carbon offset programs of companies like Microsoft, BP go up in smoke as wildfires decimate forests 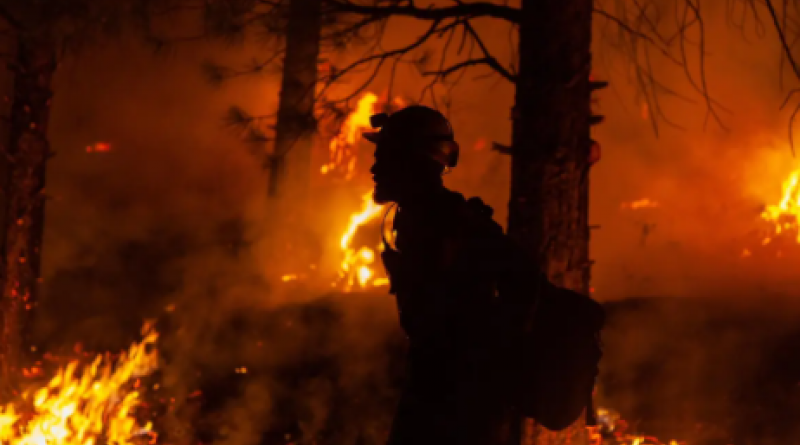 Forests purchased by major corporations in an effort to offset their carbon emissions are burning as the United States experiences a record wildfire year – and it’s a major problem that needs reassessing, experts say.

Microsoft and oil giant BP are among the international powerhouses with carbon offset programs impacted by the fires in California, Oregon and Washington. The Bootleg Fire in Oregon and the Colville Indian Reservation blaze in Washington have been particularly damaging.

Carbon offsetting is “the idea is that you pay somebody else to cut their emissions or directly remove greenhouse gases from the atmosphere, and that will make up for the fact that you are still emitting,” Danny Cullenward, policy director at non-profit CarbonPlan, told The Independent.

“It’s really complicated to do but that’s the basic idea. A lot of people are doing this more and more... many countries and governments have relied on carbon offsets in their climate policies. Many large companies – and it ranges the gamut from the big energy companies, utilities, oil and gas majors to companies and others that don’t directly have a major energy emissions footprint but also want to do their part.

“It is a very dominant way of thinking right now, so it’s very popular.”

His organization has been attempting to map offset projects and federal fire information to see the extent of the damage. It’s not the first year this has been a problem.

“This season, like last fire season, was a really bad year,” Mr Cullenward said. “So what we’re seeing is already, some of the projects are being affected by fire.

“That’s bad, because when the carbon the trees store burns up, it goes up in the atmosphere, which is the opposite of what you’re looking for.”

Protocols associated with these programs are “supposed to be designed to anticipate these kinds of risks, and what we’re seeing, basically, is that the life on the ground is looking a lot worse than [what] the protocol standards for generating these credits anticipated,” he added.

Microsoft’s carbon manager addressed the same issue. “We don’t want this to force us to pull out of investing in nature-based solutions,” she said, adding that buyers should “get really smart about what the risks are”.

Currently there’s a built-in cushion for companies that seek credits from buying forest, but the reality of more frequent and intense wildfires mean it will need to be possibly overhauled, Mr Cullenward said.

“They have what’s called a buffer pool,” he said. “You can think of it like an insurance program – so when an offset project says, ‘I’m going to save 100 tons of carbon. Please give me 100 credits,’ a certain share of those credits are not given to the project but are instead set aside in the buffer pool, like you set aside money in an insurance fund to cover fire or drought or disaster in a traditional insurance program.

“What we are learning is that the buffer pools are not set up in a way that anticipates the real climate risk to forest space,” he added. “It’s just early August. It’s a long road between here and the rains ... we’ve got to take these risks seriously.”

He used the example of the Colville fire; despite the carbon offset forest being located in a vey fire-prone, eastern area of Washington, participants only had to contribute 2 per cent to the buffer pool.

“2 per cent is just not the right number,” he told The Independent. “We need to really seriously [assess] what those risk numbers need to be if we’re going to set up a program that effectively addresses the risks.”

The 2021 fire season is notably worst than even last year’s historic blazes, with more than 1million acres already burned, according to the National Interactive Fire Agency.

Can California’s top wine region survive the era of megafire?