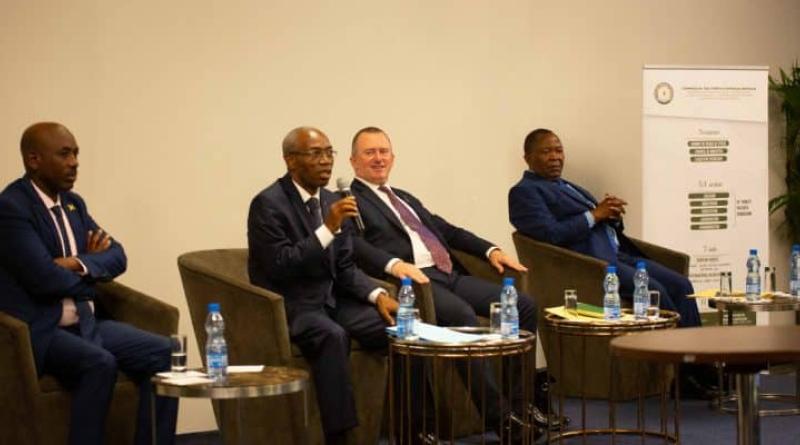 "The State of Central African Forests 2021". This is the title of the new report by the Central African Forest Commission (COMIFAC). It was presented on 7 July 2022 in Libreville, Gabon, on the sidelines of the 19th Meeting of the Parties of the Congo Basin Forest Partnership (CBFP). The seventh in a series published since 2005, the report proposes ways to improve the management of the Congo Basin's forest ecosystems.

The new report by the Central African Forest Commission (COMIFAC) on the state of Central Africa’s forests is available. The document, published on 7 July 2022 in Libreville, Gabon, mobilised 152 authors among experts on forestry issues in the Congo Basin. The authors put the forest ecosystems of Central Africa and their management environment into perspective through thirteen chapters and four parts.

“This report is a compendium of tangible data on the forests of the Congo Basin, and aims to help decision-makers in Central African states in their decision-making on forest management,” explains Hervé Martial Maidou, Comifac’s executive secretary.

The fourth part of the report states that the forests of the Congo Basin cover an area of about 286 million hectares. They provide resources for about 60 million people on a daily basis, and generate income for the region’s states through timber exploitation. Its forest and wetland ecosystems absorb nearly 80 billion tonnes of carbon dioxide (30 billion tonnes of which are captured by its peatlands), equivalent to nearly ten years of total emissions and 17% of global CO2 production. The Congo Basin is also home to the world’s first FSC (Forest Stewardship Council) certified forest.

In order to manage the world’s second largest green lung sustainably, COMIFAC makes six recommendations. These include the systematic strengthening of the capacities of local, national and sub-regional actors in order to optimise the appropriation and capitalisation of the numerous initiatives often promoted by technical and financial partners. The experts also called for the financing of initiatives to be adapted to the local, national and sub-regional contexts.

The State of Central Africa’s Forests report is the seventh in a series published since 2005. It was produced with the support of the European Union (EU) through the Strengthening and institutionalisation of the Central African Forest Observatory (RIOFAC) project. The previous report was published in 2015 at the 15th Conference of the Parties of the United Nations Framework Convention on Climate Change (UNFCCC) in Paris.

Congo peat: The 'lungs of humanity' which are under threat