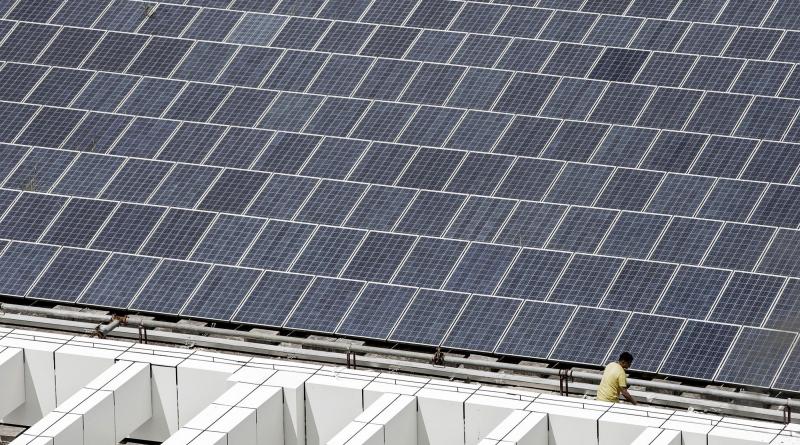 Californians worried about an insecure energy future are increasingly looking to this kind of solution. Karin, a 31-year-old postdoctoral fellow at Lawrence Berkeley National Laboratory, spent just under $4,000 for his battery by taking advantage of tax credits. He's also saving money by discharging the battery on weekday evenings, when energy is more expensive. He expects to save around $1,500 over the 10 years the battery is under warranty.

The economics don’t yet work for every household, but the green-power combo of solar panels plus batteries is popping up on a much bigger scale in some unexpected places. Owners of a rice processing plant in Arkansas are building a system to generate 26 megawatts of solar power and store another 40 MW. The plant will cut its power bill by a third, and owners say they will pass the savings to local rice growers. New York’s JFK Airport is installing solar plus storage to reduce its power load by 10 percent, while Pittsburgh International Airport is building a 20-MW solar and natural gas microgrid to keep it independent from the local utility. Officials at both airports are worried about recent power shutdowns due to weather and overload-related blackouts.

And residents of the tiny northern Missouri town of Green City (pop. 608) are getting 2.5 MW of solar plus four hours of battery storage from the state’s public utility next year. The solar power won’t go directly to townspeople, but instead will back up the town’s substation, reducing the risk of a potential shutdown. It’s part of a $68 million project to improve the reliability of remote substations far from electric generating stations.

“It’s a pretty big deal for us,” says Chad Raley, who manages technology and renewables at Ameren, a Missouri utility that is building three rural solar-plus-storage projects to better manage the flow of electricity across the local grid. “It gives us so much flexibility with renewable generation. We can’t control the sun or clouds or wind, but we can have battery storage.”

The first solar-plus-storage installations started about a decade ago on a small scale in sunny states like California, Hawaii, and Arizona. Now they’re spreading across the country, driven by falling prices of both solar panels and lithium-ion batteries the size of a shipping container imported from both China and South Korea. These countries have ramped up production efficiencies and lowered labor costs, leaving many US manufacturers in the dust. In fact, the price of building a comparable solar-plus-storage generating facility is now cheaper than operating a coal-fired power plant, industry officials say. In certain circumstances, the cost is equal to some natural gas plants.

“This is not just a California, New York, Massachusetts thing,” says Kelly Speakes-Backman, CEO of the Energy Storage Association, an industry group in Washington. She says more than 30 states have renewable storage on the grid. Utilities have proposed and states have approved 7 gigawatts to be installed by 2030.

Speakes-Backman estimates the unit cost of electricity produced from a solar-plus-storage system will drop 10 to 15 percent each year through 2024. “If you have the option of putting out a polluting or non-polluting generating source at the same price, what are you going to pick?” says Speakes-Backman.

She notes that PJM, a large Mid-Atlantic wholesale grid operator, announced it will deploy battery storage to help smooth out fluctuating power from two wind farms it operates. “When the grid fluctuates, storage can react to it quickly and can level out the supply,” she says. In the Midwest, grid-level battery storage is also being used to absorb extra wind power. Batteries hold onto the wind and put it back onto the grid when people need it.

While the solar-plus-storage trend isn’t yet putting a huge dent in our fossil fuel use, according to Paul Denholm, an energy analyst at the National Renewable Energy Laboratory in Golden, Colorado, it is a good beginning and has the side effect of cutting air pollution. By 2021, solar and other renewable energy sources will overtake coal as a source of energy, according to a new report by the Institute for Energy Economics and Financial Analysis, a nonprofit think tank based in Cleveland.

That’s a glimmer of hope in a somewhat dreary week of news on carbon emissions. A new United Nations report released this week finds that the planet is on track to warm by 3.9 degrees Celsius (7 Fahrenheit) by 2100 unless drastic cuts are made by phasing out gas-powered cars, eliminating new coal-fired power plants, and changing how we grow and manage land.

Energy-related greenhouse gas emissions in the US rose 2.7 percent in 2018 after several years of decline. The Trump administration has rolled back climate policies from the Obama years, including withdrawing from the Paris climate accords.

There may be hope from green power initiatives outside the Beltway, though. Arizona plans to boost solar-plus-storage from today’s 6 MW to a whopping 850 MW by 2025, more than the entire capacity of large-scale batteries in the US today. And some folks might be cheering the closing of the West’s biggest coal-fired power plant, the 2.25-gigawatt Navajo Generating Station, in Arizona, which had spewed soot and carbon dioxide over the region for 45 years until last week. The closure might help the planet and clear the hazy smog over the Grand Canyon.

Giant batteries and cheap solar power are shoving fossil fuels off the grid.