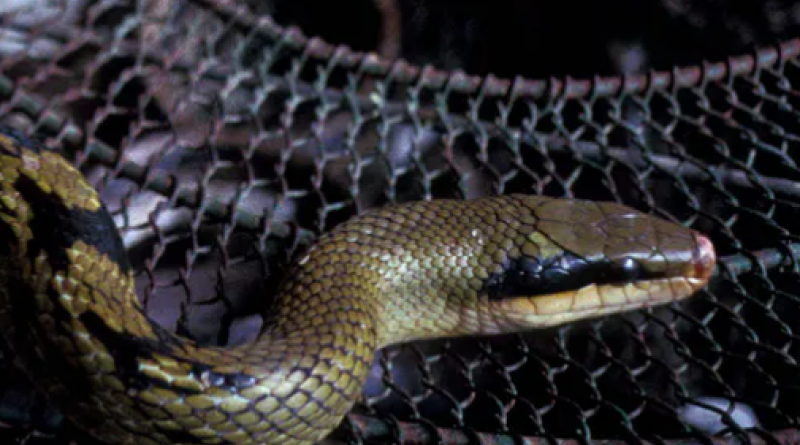 World leaders are attending an online summit to discuss the future of life on Earth. With one million species threatened with extinction this century, the UN biodiversity conference, known as COP15, is supposed to yield a new global plan for protecting nature. The host nation, China, has committed to protect more of its land for nature. But one of the most radical and far-reaching measures introduced by the Chinese government in recent years came at the beginning of the pandemic.

COVID-19 has shown the risk to human health posed by the trade in and consumption of wildlife. To strengthen the protection of wildlife and to reduce the risk of zoonotic viruses spilling over into human populations, China issued a ban on eating wild meat and the related trade in February 2020. This targeted the illegal wildlife trade and poaching, but also the legal farming and selling of terrestrial wildlife for food – from snakes to bamboo rats – which previously was possible through a complex system of licences.

It still allows people to eat certain species, such as sika deer, which are farmed according to established techniques and pose a low risk to human health. The ban doesn’t apply to wild aquatic species, such as fish. Nor does it cover other uses of wildlife, such as rearing species for medicinal purposes or as pets.

Critics argue that improved regulation, rather than an outright ban, would be a better solution, maintaining the benefits of the trade for local communities while reducing pressure on wild populations and health risks. But for that to work, the Chinese state would need to manage the wildlife trade. And our research, published in Current Biology, revealed that China’s existing laws and regulations covering the wildlife trade are insufficient.

The ban, then, is a useful, short-term stop gap, but must now be backed up by updated, evidence-based legislation and regulation for the future.

The 2020 ban aimed to close loopholes in existing legislation, such as China’s Wildlife Protection Law, which was last amended in 2016 and is being revised again now. This law legalised and regulated the wildlife trade through a complex license system. Before the ban, most wildlife species could be farmed and traded for different purposes legally as long as a license had been granted.

Troublingly, there was no evidence-based framework for establishing which species could be farmed and traded and which couldn’t. This meant that species which were potential vectors of zoonotic diseases, or declining in the wild, could still slip through the regulatory net and be farmed and traded legally. There was also little collaboration between the different government departments responsible for supervising the trade in wildlife, such as those covering forestry, markets and agriculture.